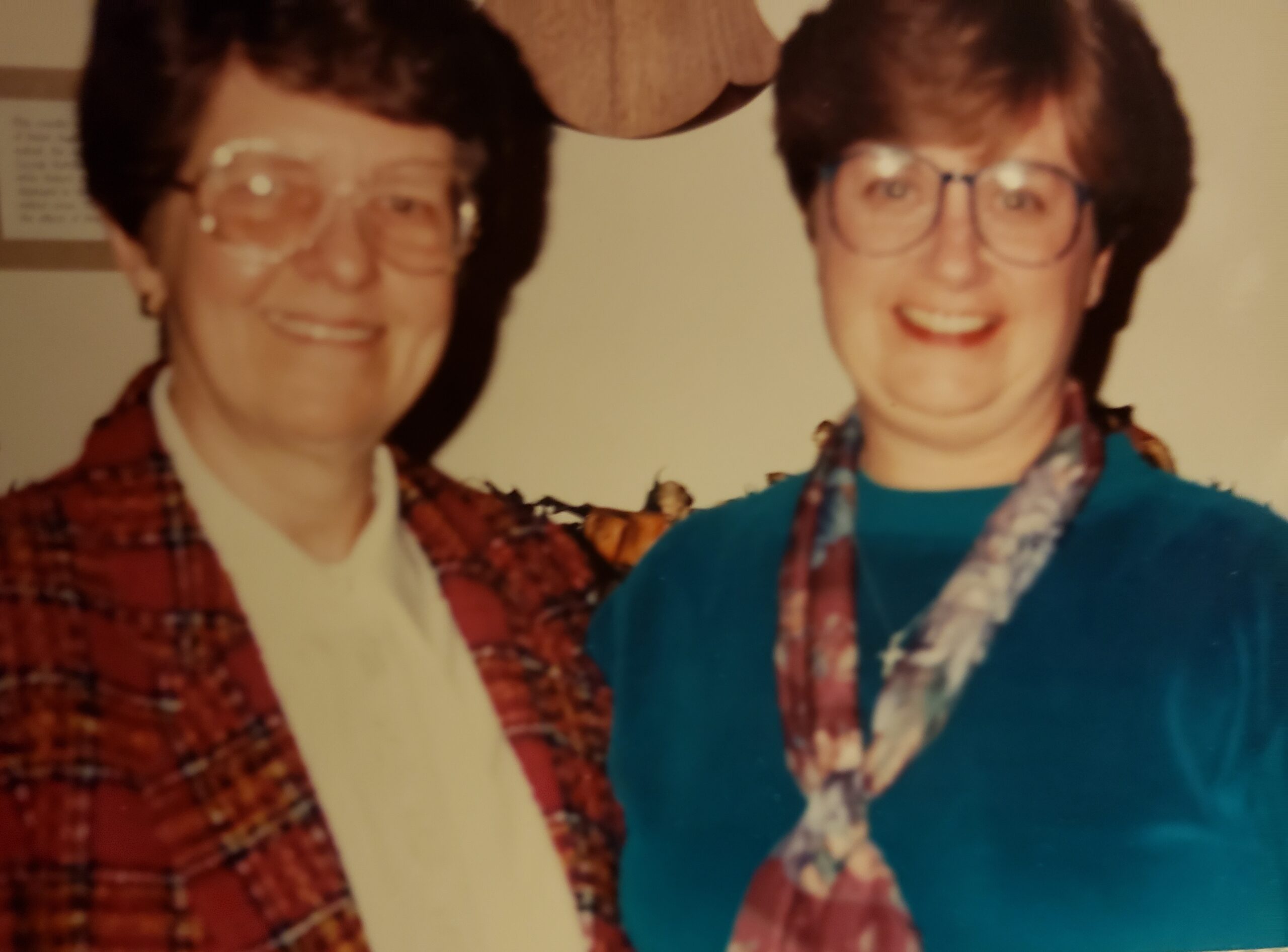 As she looks back on her 25 years as an Associate in Mission of the Sisters of Charity, Mary McHale says there wasn’t one particular moment that led her to make her commitment to the Community. Rather, it was a series of small moments that strengthened Mary’s belief that God still had plans for her and that there was more work to be done.

In 1986, at the age of 40, Mary became a widow. With six children, and as their sole provider, she felt overwhelmed. In addition to carrying that weight on her shoulders, Mary had inherited the family business – which felt daunting. She decided to set her oldest son up to run the business. This enabled her to look for something that provided a fair wage and benefits. Fate would have it that she found herself accepting a part-time position at Good Samaritan Hospital in Cincinnati.

It was there that Mary first met the Sisters of Charity of Cincinnati. She was introduced to many SCs who were kind, helpful and welcoming. They eventually invited her to meet with their Associates, and once again it seemed providential that the topic for that meeting was “Virgin Mothers,” a topic Mary could most certainly relate to as a widow and mother of six. 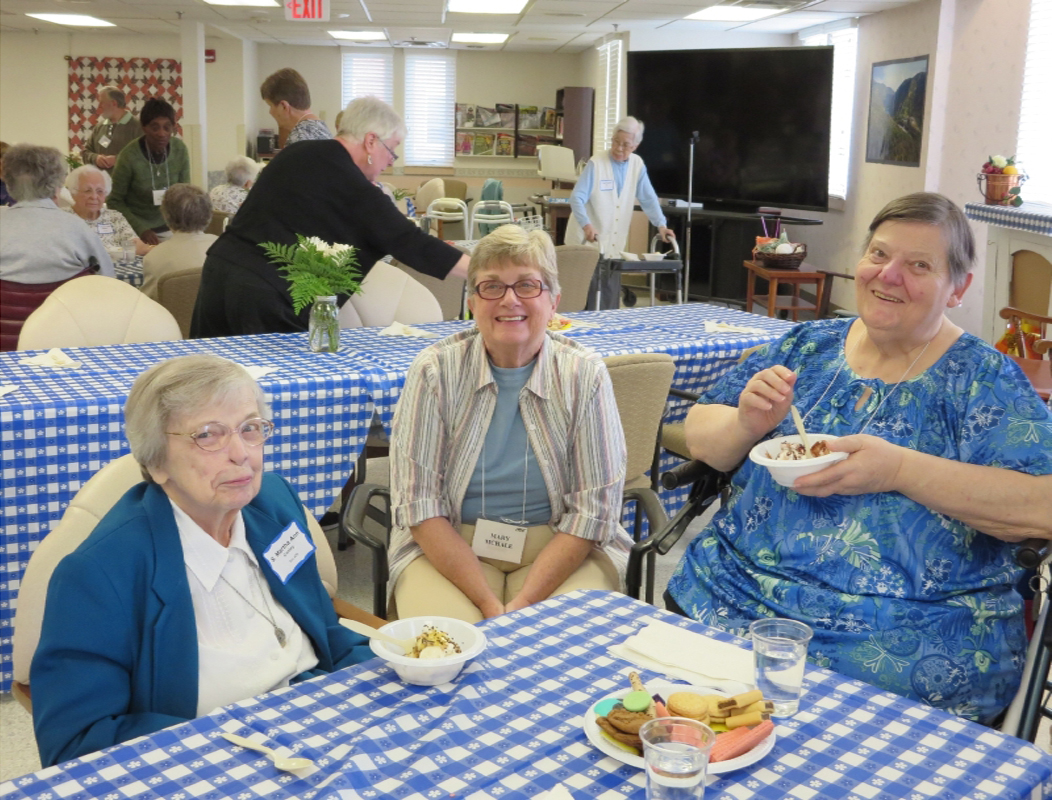 Associate Mary McHale (center) has enjoyed the many social opportunities she has had to get to know the Sisters of Charity better.

For a long time having felt lost and unable to fit in comfortably with those around her, Mary began to finally feel like she had found a group of individuals with whom she connected. Eventually she met S. Ann Elizabeth Von Hagel who became her sponsor. The two clicked immediately; their similar sense of humor sealing the friendship. Shortly after, she was introduced to S. Betty Finn. “She lit up the room,” said Mary. “She spoke to my heart unlike any I had experienced before.”

These encounters slowly enabled Mary to begin to heal. It was comforting to learn about Elizabeth Seton and Margaret George, both widows who went on to live full lives and to do God’s will. S. Betty became her spiritual director and she attended many classes and workshops that spoke to her heart, even traveling to Guatemala to visit S. Sarah Mulligan and see her work with the people there.

While at one time Mary thought she was supposed to join the Sisters of Charity, she realized that God’s plan was calling her to continue living her everyday life, doing the best she can, one day at a time. Today, at 75 years old, Mary is living in the Notre Dame Sisters Senior Village in Covington, Kentucky. She has 15 grandchildren and one great-granddaughter and enjoys attending Zoom meetings and talks, and communicating on Facebook with other Associates and Sisters.

She feels blessed for the relationships she’s built through the years and the opportunities to live the Mission. “I’m following the Charity Charism and I’m always grateful!” she concludes. 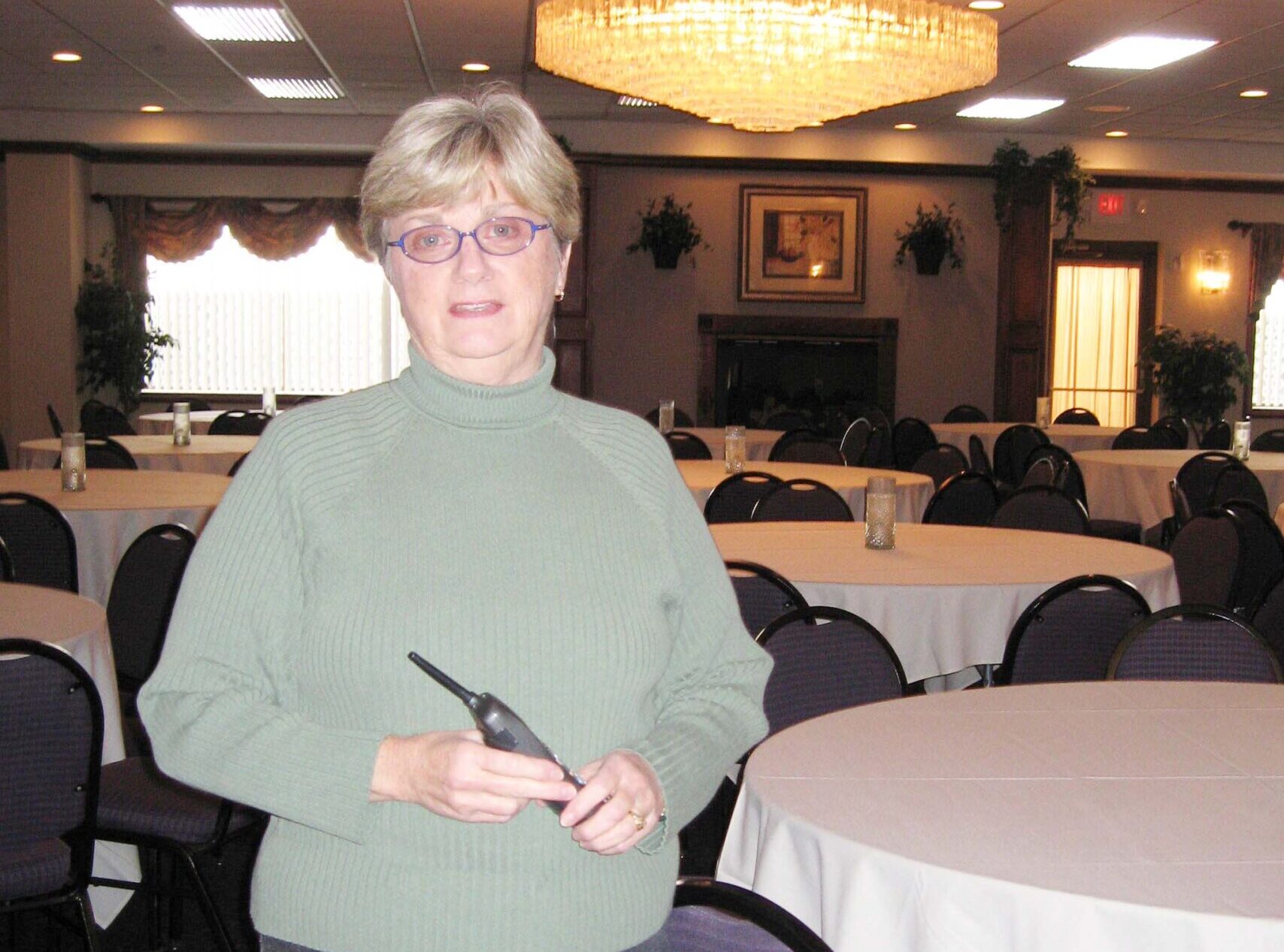 Associate Mary McHale made her commitment as an Associate in Mission 25 years ago.