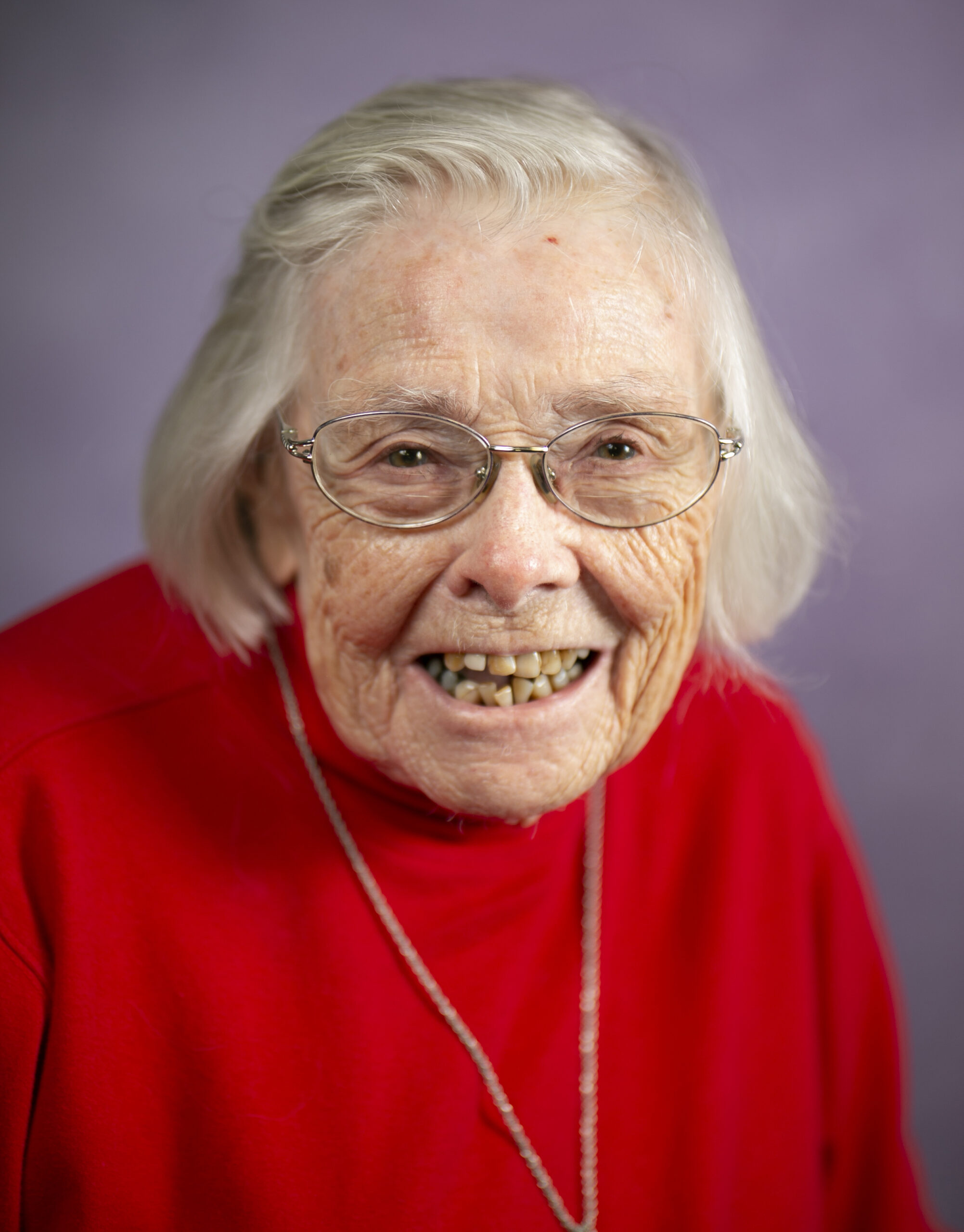 S. Marie Patrice Joyce died Feb. 10, 2021 at the age of 89 in Mother Margaret Hall, the nursing facility for the Sisters of Charity. S. Marie Patrice was born Patricia Ann Joyce on Feb. 19, 1931 to Peter A. and Mary Ellen (Minihan) in Cleveland, Ohio. She was one of five children, three girls and two boys. She was a Sister of Charity of Cincinnati for 72 years.

S. Marie Patrice grew up in Cleveland, attending St. Timothy grade school and graduating from Holy Name High School in 1948. She worked at the Cleveland Trust Bank after graduation; by December she chose to apply to the Sisters of Charity for entrance and came to Cincinnati on Feb. 2, 1949. It was the obvious happiness of those Sisters of Charity who taught her in high school that attracted S. Marie Patrice to religious life. She commented, “Sisters Loretta Marie Auer and Mary Patrice Mahoney were easy to talk to and ‘down to earth’ women.”

S. Marie Patrice earned a Bachelor of Science degree in education from the College of Mount St. Joseph, Ohio in 1960. She received a master’s in administration from John Carroll University, Cleveland, Ohio in 1984.

S. Marie Patrice’s years of ministry were centered on elementary education, including 25 years in the elementary classroom and 25 years in administration as principal. In the classroom S. Marie Patrice worked with primary grades and junior high students, beginning at St. Savior, Cincinnati, Ohio in 1950. Next she went to St. Peter & Paul, Detroit, Michigan (1951-’52) followed by St. Leo, Detroit (1952-’56). From there she went to St. Boniface, Cincinnati (1956-’63). She moved to junior high students at Corpus Christi, Dayton, Ohio (1963-’68) before three years as principal at St. Andrew, Milford, Ohio.

In 1971 Sister became the coordinator of the parish religious education program at St. Andrew before returning as principal (1978-’85). In 1985 Si. Marie Patrice chose to accept the principal-ship at Annunciation School, Cleveland, Ohio, serving there for six years. The parish was surrounded by a super highway, railroad tracks, factories and dead-end streets. She saw it as true ‘mission territory,’ with much to be done, yet offering a beacon of hope to the area. She remained in Cleveland moving to Holy Name elementary school as principal from 1991 until her retirement in 2000. She was the last Sister of Charity to minister in the school building that began the wonderful heritage of the Sisters of Charity in Cleveland.

In her retirement S. Marie Patrice served many years as a volunteer librarian at Parmadale, a resident ‘village’ treatment home for extremely traumatized teens, ages 13-18, in Cleveland. She found this ministry most rewarding and she was able, with the help of the SC Ministry Foundation, to build up their library and purchase high-interest materials as motivators for reading. She also served on the Light of Hearts Villa Board.

When moving to the Sisters of Charity Motherhouse S. Marie Patrice helped as a volunteer at the Front Desk, in the Gift Shop and as a lector for Masses in Mother Margaret Hall. She enjoyed the time, being at home with many of her Sister friends. She moved to Mother Margaret Hall in 2018.

S. Marie Patrice had the distinct advantage of her mother being a teacher, but she did not realize the true gift it was until later. For her first teaching assignment, she was assigned to teach the third grade with her mother sending her the lesson plans each week. The same textbook series was being used at both schools and both were teaching third graders. Later when she had to develop her own lesson plans she came to appreciate her mother’s generous gift!

S. Pat Wittberg appreciated her friend’s spirit. She recalled, “I always enjoyed her humor. For a few years, she was also our secretary for the Seton Enablement Fund Committee and did a great job. I will miss her smile and her laugh.”