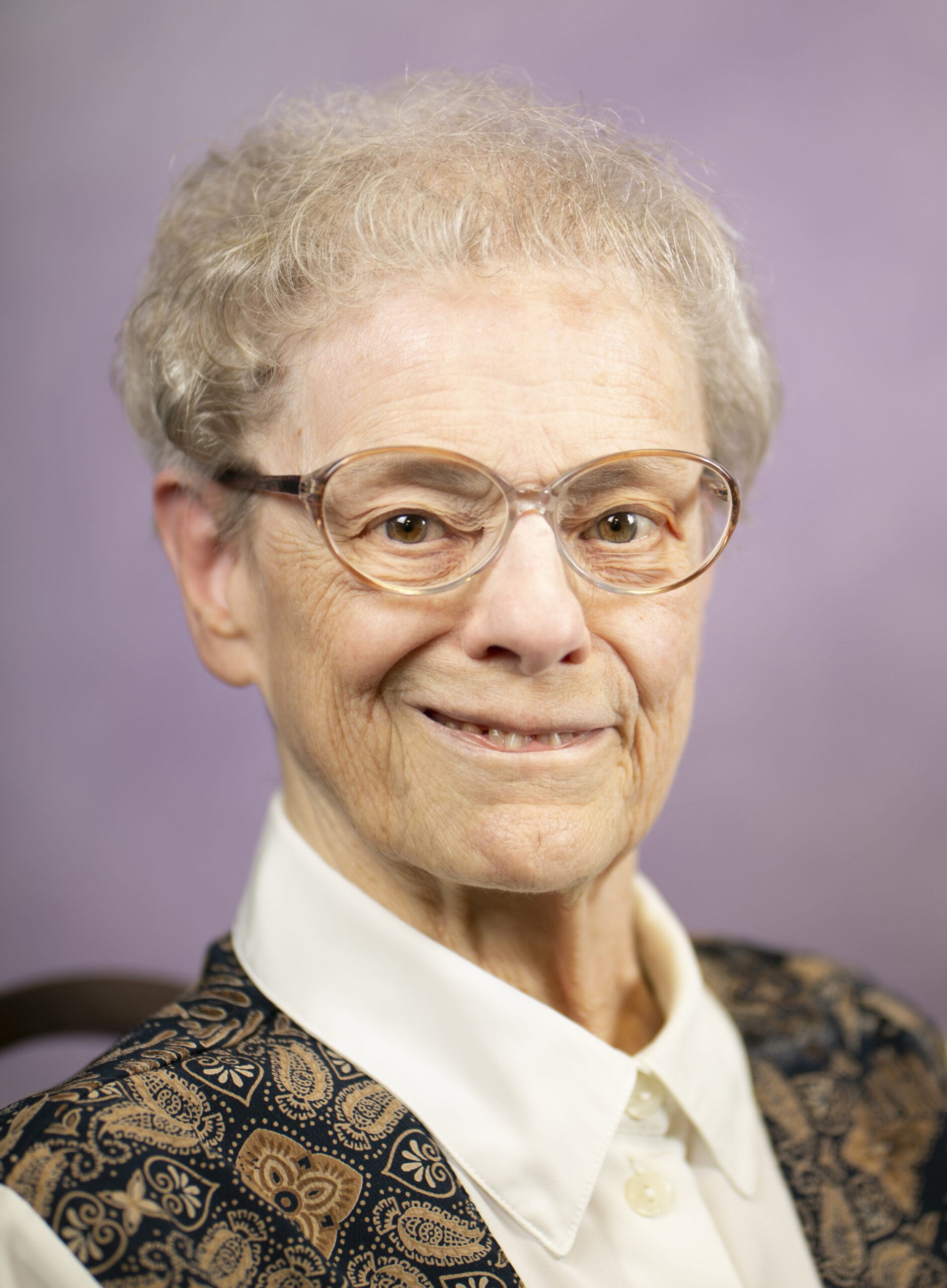 S. Lucien Marie grew up in Cincinnati, attending Holy Family Grade School and graduating from Immaculata Commercial School in 1951. She worked as a stenographer at Moesta and Ruehrwein Company, Cincinnati, before joining the postulancy program of the Sisters of Charity in September 1951. S. Lucien Marie found her Sisters of Charity teachers to be a source of joy and peace; her participation in the school’s mission activities was a strong influence for her to want to follow in the footsteps of her much loved teachers.

S. Lucien Marie earned a Bachelor of Science degree in education from the College of Mount St. Joseph, Ohio in 1964. She received a Master in Education from Xavier University, Cincinnati, in 1975.

In 1968 S. Lucien Marie was asked to serve as the elementary principal at Holy Name, Cleveland, Ohio, where she remained until 1991. Over those many years S. Lucien Marie and the pastor, Father John Dalton, became a working team, offering continued services to both the parish and school community. They witnessed many changes in the neighborhood, especially dwindling enrollment, declining economic conditions and an increase in single-parent homes. Both appreciated the ways in which the parishioners looked out for the general interests of the parish and its changing population, rather than their own. Sister Lucien Marie continued on at Holy Name as a pastoral associate from 1991-’94 before going to St. Adalbert, Cleveland, teaching fourth grade.

In 1995 she chose to come to Resurrection, Price Hill, Cincinnati, to teach fifth grade students while helping to care for her mother who was experiencing failing health. While at Resurrection S. Lucien Marie and fellow-teacher, S. Juliette Sabo, would bring their students to visit the Motherhouse each spring. The students looked forward to the field trip to tour the Motherhouse chapel, Sisters’ cemetery, enjoy a picnic lunch and take photos from the Seton Hall rooftop. Teaching and helping children was her true passion.

When moving to Mother Margaret Hall in 2013 S. Lucien Marie stayed in touch with former students and their prayer requests. She continued to be one of the Cincinnati Reds most enthusiastic fans. Her room became ‘Cincinnati Reds Country’ with baseball memorabilia all around. She remained in close touch with her family members, being grateful for her large, closely knit family members who lived nearby.

S. Helen Julia Hahn and S. Lucien Marie were best of friends since entering the Community in 1951. They found many opportunities to get together to share stories, but they never taught together. Sister Helen said, “Lucien was a steadfast friend, not only to me, but to many others who valued her always cheerful disposition, her warmth and her contagious laugh.”