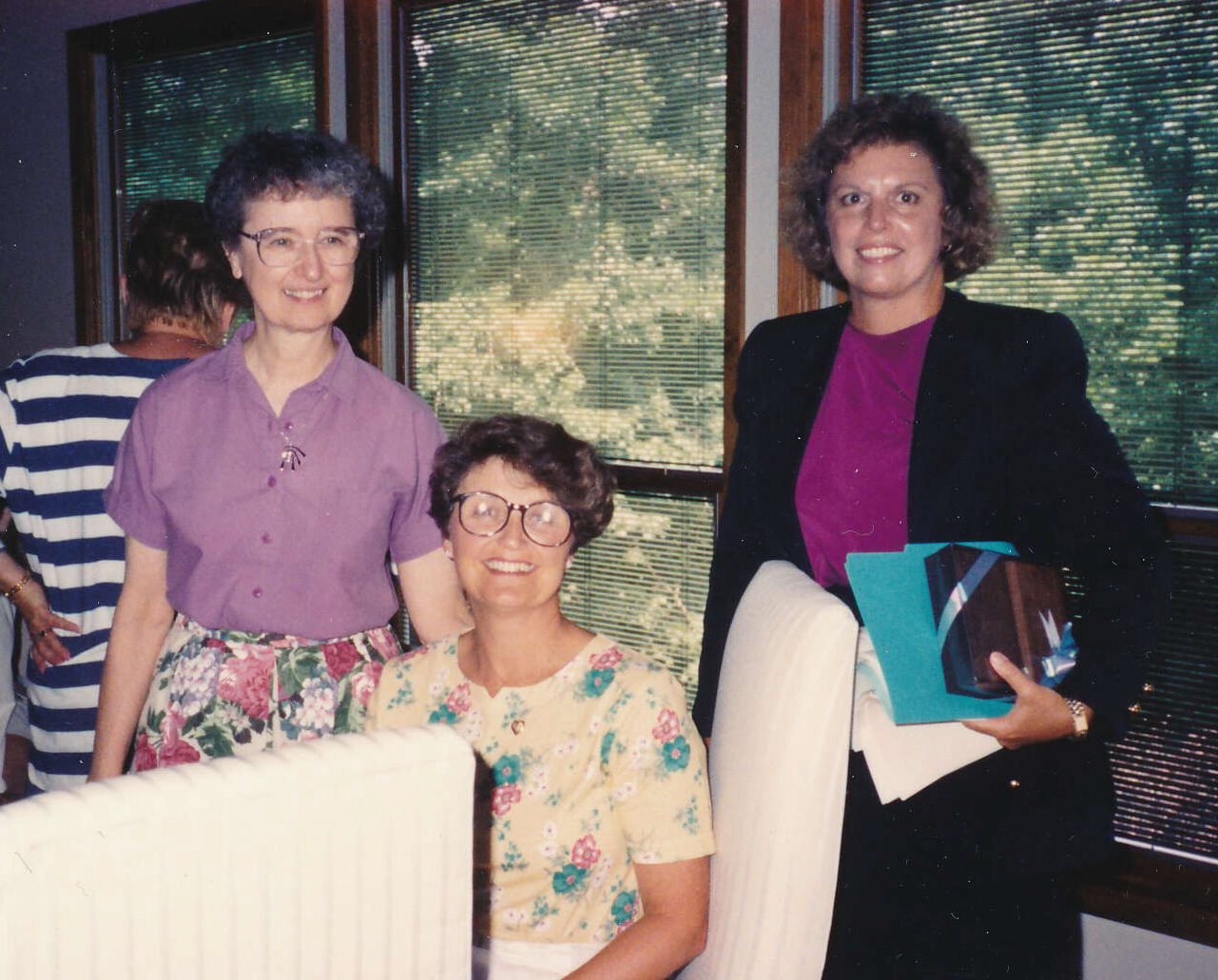 The Sisters of Charity of Cincinnati is made up of powerful women dedicated to the service of others but they also take time to educate themselves on what it means to be not just a strong woman, but a strong person. Such was the case when Sister of Charity Victoria Marie Forde spearheaded the Women’s Studies program at the College of Mount St. Joseph (currently known as Mount St. Joseph University) in an effort to help women realize their value at a time of surfacing Second Wave feminism. Second Wave feminism was a movement that occurred after World War II. Women were struggling to adjust back to their unchosen roles as housewives and mothers after supporting the United States in the workplace. While First Wave feminism focused on women’s suffrage, Second Wave feminism took civic action for women in the workplace, which inspired one Sister of Charity in particular. When S. Victoria Marie began teaching at the College of Mount St. Joseph in 1973, she was filled with hope and beamed with opportunity. One of her first and most demanding tasks was to think of a core curriculum for the women’s college alongside fellow Sister of Charity Martha Glockner, in philosophy; Fran Harmon, in history; and Mary Ann Haubner, in mathematics. The result was establishing a Women’s Studies program through the lens of multiple disciplines and each of them were thrilled to be a part of something so pertinent to the time. As S. Victoria Marie once wrote, “Each of us was enthusiastic about all we could bring to such a program.” Their proposal to establish a Women’s Studies program was initially met with scrutiny and heated responses, as some argued that an all-women’s college should innately contain acceptable information about Women’s Studies. This was one of the many instances of the program that stirred controversy, which was made all the more apparent when female students came to learn about Women’s Studies. The students that enrolled did so with the intention of learning how women could achieve equality, and it was primarily made up of married women who never completed college. Some husbands of these students were angry, fueled by their beliefs that they should have remained housewives. S. Victoria Marie said in the Spring 2019 edition of Mount News, that her goal was “to help students understand the truth about the unjust inequality of women and men in almost every area. To have them graduate with increased self-confidence and self-respect, new perspective on life and learning, and women’s impact on law, government, ministry and the arts.” The classes were generally taught in teams to look at Women’s Studies through the areas of expertise of the professors. For example, S. Victoria Marie taught alongside Fran for a course known as Woman as Person where they used a feminist perspective to study literature and history of women, respectively. Their work, however, was having a grander impact on the college than either of them could have known. To celebrate the new study, the College of Mount St. Joseph hosted an event called “Women Today” in February 1973, which featured a series of plenary talks about the role of women in sports, the work place and as people over the course of the weekend. The opening address was given by the former president of the National Organization for Women (NOW), Wilma Scott Heide. To counter her points, they even invited anti-feminist J.J. Jarboe in an open discussion to the convention. Heide had the utmost faith in the new study, as she stated the following in The Cincinnati Enquirer in 1973: “Women’s lib[eration] means men’s lib[eration] and that of our children. The family, to be viable in today’s society, needs for children to thrive in lib[eration]’s richness and diversity.” 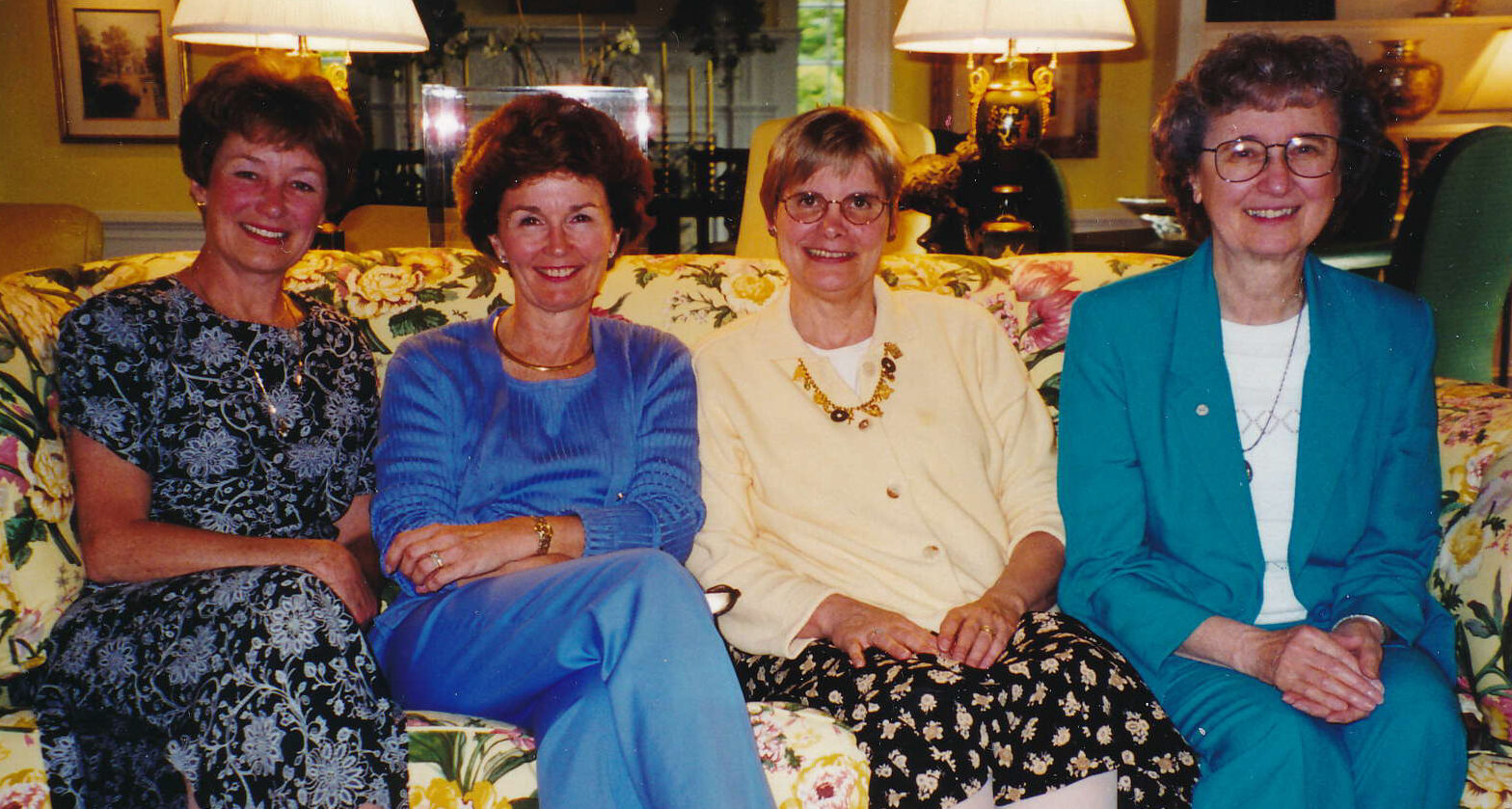 To celebrate the life and learning of the program after it ceased function, the College of Mount St. Joseph Friends of Women Studies held a prayerful ritual with S. Victoria Marie Forde (right).

The program steadily increased attendance from the beginning, as the introductory course in 1976 called “Woman as Person” had a class size of 20 people. This attendance convinced the staff at the college to make an additional certificate for the study, which would be the precursor to the minor and eventual major. When the college became co-educational, the first man, Steve Frietch, entered the Women’s Studies program in 1989. This made the program noteworthy in the Cincinnati area, especially since it was one of the only programs concerned with feminism that was successful. The University of Cincinnati attempted to create a similar program in their core curriculum, but to no avail (however, it was eventually offered as a Master’s and Doctorate program, using the college as a model to structure the classes). In 1992, S. Victoria noted that more professors were trying to integrate the ideas of women’s studies into their classes in an attempt to make them gender-balanced. The Women’s Studies program had finally gained enough steam for it to be considered a major in 1990 when it was unanimously voted upon, making S. Victoria Marie the director of the program until she retired in 1992. Succeeding her as director of Women’s Studies was Judith Sauerbrey (a current SC Associate in Mission) before stepping down in 2000. To commemorate the years of learning that resulted from this program, members of the staff and students and the College of Mount St. Joseph Friends of Women’s Studies gathered in a prayerful ritual in 2000 at a former student’s home. Their ritual involved dropping pebbles into a pond to see the ripples of the water that reflected their work in Women’s Studies. The prayer ended with the following quote: “…we thank [God] for all that has been, all that now is, and all that will continue from our dedication to the betterment of women and also men in our time and place.” Though the study may have ended, the graduates with this degree took this study as seriously as all of their other classes. Louise Hess, who graduated in 1991 with honors, was even awarded the Distinguished Student Award and Harrington Leadership Award at graduation. The graduates also went on to pursue great careers, as Mary Jo Dangel became the assistant editor at St. Anthony Messenger and wrote articles on women’s rights because of the inspiring Women in Literature courses that she took. “Sharing stories related to the literature that we read in class brought out our own stories,” Mary Jo says. “We felt free to share in this safe space that we created.” While Women’s Studies does not exist as a program itself today, it is engrained into the curriculum of Mount St. Joseph University. However, that does not lessen the effect that S. Victoria Marie had on the institution. Social issues are challenged through courses such as Common Ground, which explores the common good and equal treatment for all people, regardless of gender. Classes are offered which highlight the accomplishments of women, such as Professor Drew Shannon’s various Women in Literature courses that explore how women are portrayed in literature through male and female authors. “By the time I received my graduate training in the late 1990s, Women’s Studies had radically altered university curricula,” Dr. Shannon says. “Thus, it’s always been inconceivable to me to craft a course which doesn’t strive for equity between male and female authors.” The study of women is one that cannot be overlooked because it laid the groundwork for many similar programs throughout the area and the integration of a gender-balanced curriculum at Mount St. Joseph University. S. Victoria Marie left her mark on the university and her students alike by embracing the value that all people share. To this day, some of the students have monthly meetings with S. Victoria Marie to discuss how the program empowered them. 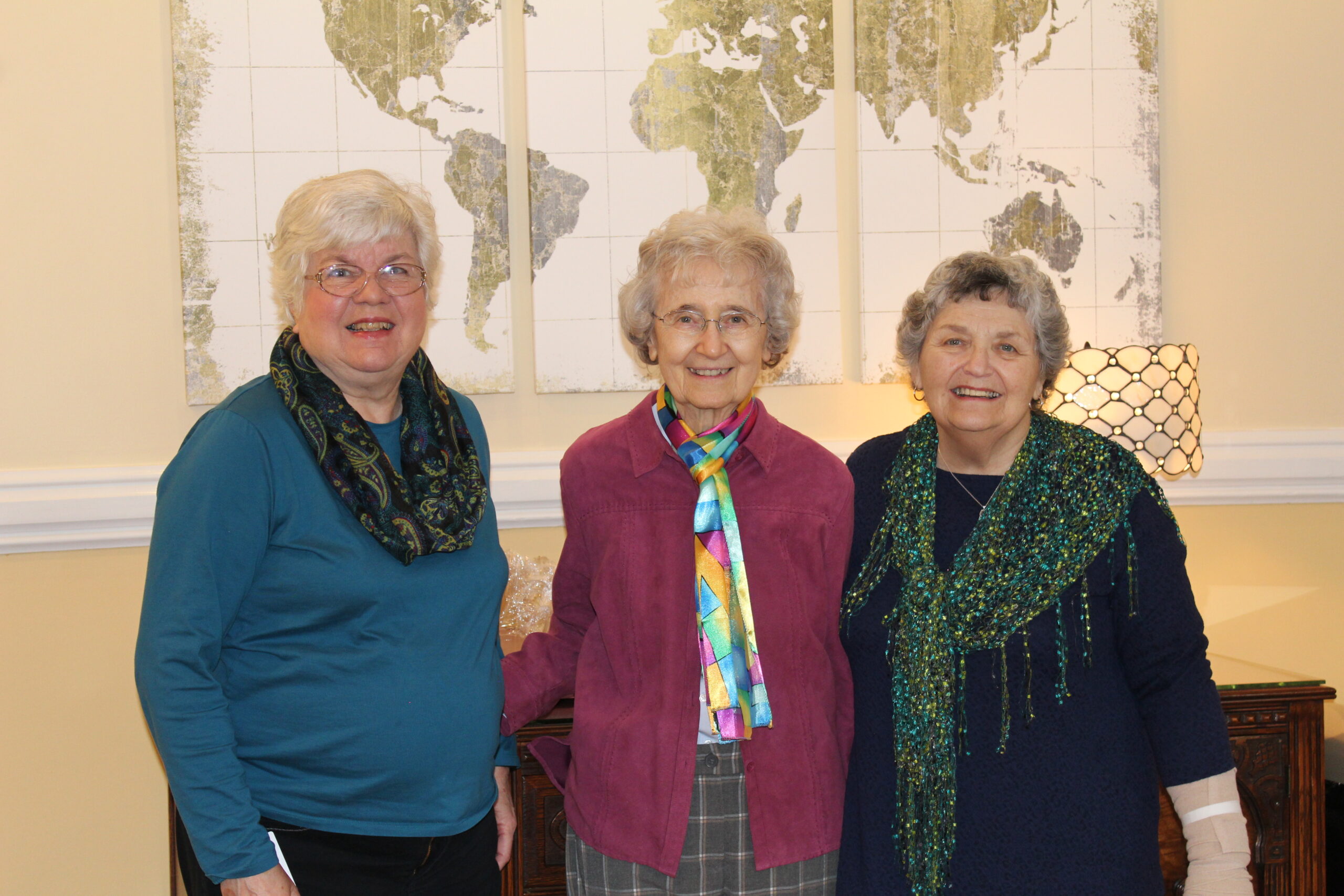 S. Victoria Marie Forde (center) still meets with some of her former students for a monthly lunch, such as Mary Jo Dangel (left) and Nancy Heisel (right).