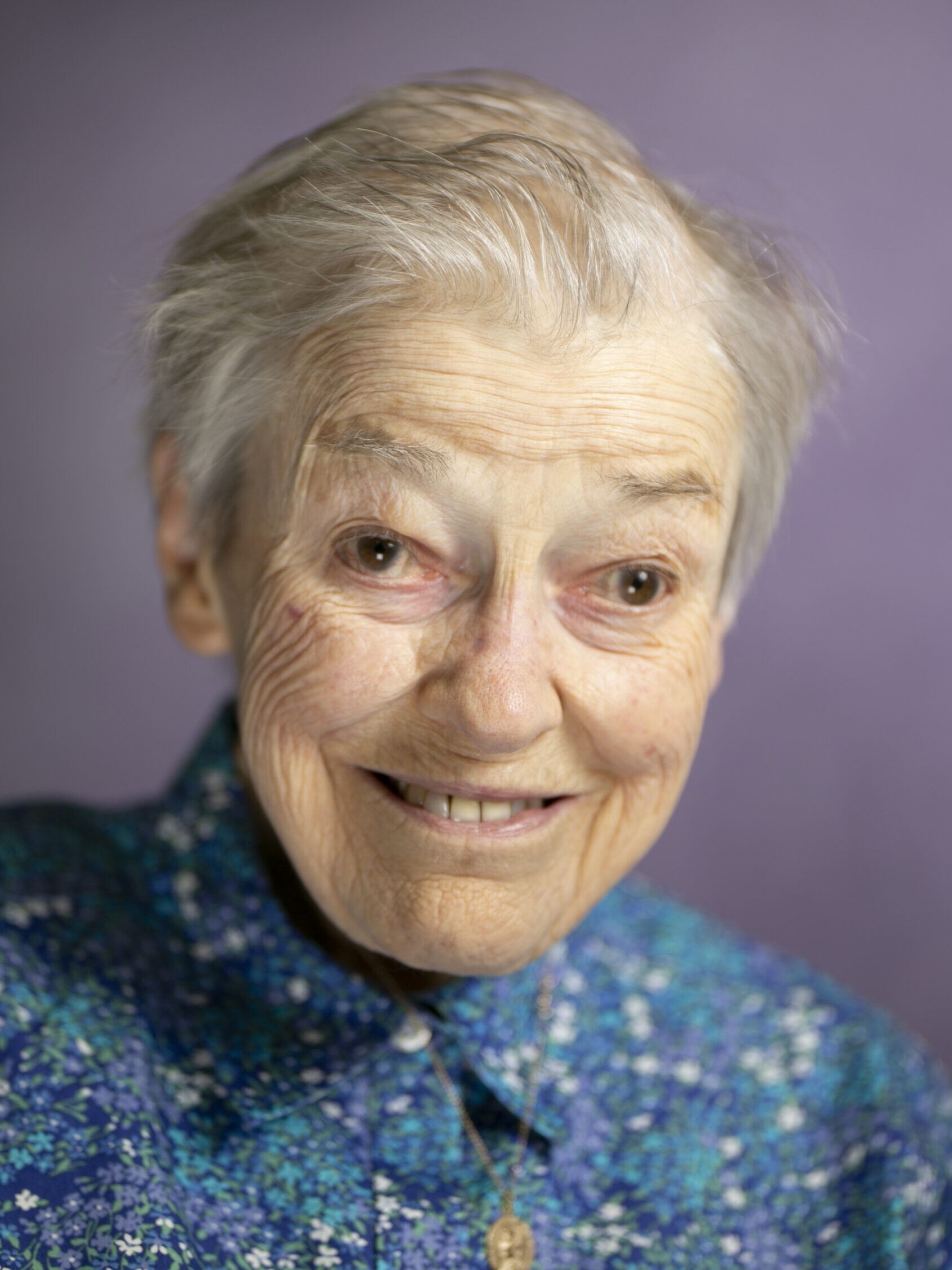 S. Theresa Ann Moran died March 8, 2021 at the age of 94 in Mother Margaret Hall, the nursing facility for the Sisters of Charity. S. Theresa Ann was born on Oct. 27, 1926 to Michael D. and Mildred (Van Dusen) Moran in Detroit, Michigan. She was one of three girls in her family. She was a Sister of Charity for 77 years.

S. Theresa Ann grew up in Detroit, attending Shrine of the Little Flower grade school and Shrine High School, before graduating from Mount St. Joseph Academy in 1944. She entered the Sisters of Charity in September 1944.

S. Theresa Ann earned a Bachelor of Science degree in education from the College of Mount St. Joseph in 1958 and a Master of Arts in religious education from Aquinas College, Grand Rapids, Michigan, in 1969.

At this time S. Theresa Ann was asked to move to high school, teaching first at O’Rafferty High School, Lansing, Michigan (1965-’68). From there she spent a year at Elizabeth Seton High School (1968-’69) and then Holy Name High, Cleveland, Ohio (1969-‘70). It was a time of much change and new opportunities for Sisters, and S. Theresa Ann chose to work with Mexican American workers and their children, teaching religious education in the Saginaw, Michigan diocese. In 1971 she went to St. Mary, Alma, Michigan, followed by St. Gregory, Detroit (1973-’77) as a pastoral minister. She moved from parish ministry to East Grand Nursing Home, Detroit, in 1977 serving as their activity director until 1985 when she went to Wayne Living Center, Wayne, Michigan, providing the same services. She provided three years of pastoral ministry service at St. Ignatius of Antioch, Detroit (1986-’89). For the next nine years S. Theresa Ann was the Senior Housing Building Manager in St. Claire Shores, Michigan, which found her joining the parish life of St. Lucy. This resulted in 15 years of volunteering in the parish following her retirement from active ministry in 1997. She loved the people and the varied opportunities it provided. Greeting friends each morning at Mass, keeping the sacristy in order and ironing the linens were tasks she appreciated being able to do while forming lasting friendships.

S. Theresa Ann came to the Sister of Charity Motherhouse in 2015 and appreciated the opportunities to connect with her Sisters and meet others that she had not crossed paths with previously. She adjusted to the protocols brought on by the pandemic, but was anticipating the freedom to visit on other floors and share lunch in small groups. She enjoyed keeping up with her friends in Michigan and praying for all the concerns that were expressed to her.