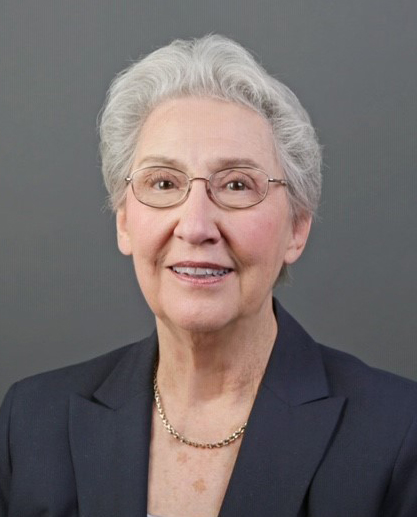 S. Carol Bauer died March 13, 2021 at the age of 78 in Grandview Hospital, Dayton, Ohio. S. Carol was born on Oct. 18, 1942 to August and Rosemary (Roelker) Bauer in Cincinnati, Ohio. She was one of five children, three girls and two boys. She was a Sister of Charity of Cincinnati for 60 years.

S. Carol grew up in Cincinnati attending St. Teresa grade school and graduating from Seton High School in 1960. She chose to enter the Sisters of Charity on Sept. 8, 1960. Reflecting on her religious life decision years later she felt it was a combination of the strong faith of her parents growing up and the example of the Sisters who touched her life that first planted the seed. The spirit of the Sisters of Charity exhibited a very real sense of life, filled with a sense of humor and genuine interest in those with whom they worked.

S. Carol earned a Bachelor of Arts degree in mathematics from the College of Mount St. Joseph (Cincinnati, Ohio) in 1965. She received a master’s in Theology from the University of Dayton (Dayton, Ohio) in 1979.

Ministry for S. Carol included the classroom (nine years), parish pastoral ministry (12 years) and mission effectiveness as it relates to health care administration (30 years). She began in the high school classroom teaching math and theology in New Mexico, first at St. Pius X, Albuquerque (1965-’66) and then at St. Mary, Albuquerque (1966-’67). When she returned to Ohio in 1967 her remaining years of ministry were spent in the Dayton, Ohio area. She taught at St. Joseph High School (1967-’74) and then transitioned into pastoral ministry at St. Francis parish, Centerville, Ohio (1974-’88), the last three years serving in parish administration. She worked in adult faith development, experienced the richness of team work and learned to call parishioners to join in visioning and leadership.

In 1989 S. Carol’s work with community leaders in not-for-profit and service groups proved to be instrumental in leading her to Dayton’s Good Samaritan Hospital as vice president of mission effectiveness, a position she held for the next 30 years. Numerous Good Samaritan CEOs came to refer to S. Carol and her role as the ‘conscience of the organization,’ keeping the hospital focused on its mission. She saw her task as one of collaborator, stressing the patient-centered aspect of the care given. The Greater Dayton area looked to her for her leadership and experience, ever focusing on a healthier community for the entire person – body, mind and spirit.

S. Carol witnessed many changes in the health care ministry over her three decades at Good Samaritan. She was often challenged with the realities of the economic situation and the pain of illness as to how best to offer quality care while remembering the mission to provide care for all people in need. She was instrumental in the development and implementation of the Founders Project, bringing together eight religious congregations to share a vision, addressing a growing need for a particular segment of the community. The Founders’ Family Center has provided social services to families since 1997. She helped establish the AIDS Foundation, Miami Valley Task Force, bringing the hospital to provide collaborative support services to those living with AIDS and their families.

Over the years S. Carol has assumed leadership roles as chair of the Catholic Social Service Board, United Way Board, Dayton AIDS Resource Center Board, National Conference for Community and Justice, Brunner Literacy Center, the Phoenix Project. She also gave service to the Mount St. Joseph University Board of Trustees. Sister Carol has received many honors for her service, leadership and impact on causes to which she gave her energy; these include the YMCA Women of Influence (2009), Health Care Hero from the Dayton Business Journal (2005) and Community Leader of the Year, Catholic Social Services (2013).

S. Carol retired from her ministry at Good Samaritan Hospital in 2019 and oversaw the preparation and delivery of items important to the Sisters of Charity archives in the months following. In a reflective moment she shared, “I find God’s will calling out to us through the voices most in need. Elizabeth’s life speaks loudly to me about the ‘how’ of our ministry … lead by example so that together you can make a difference.”