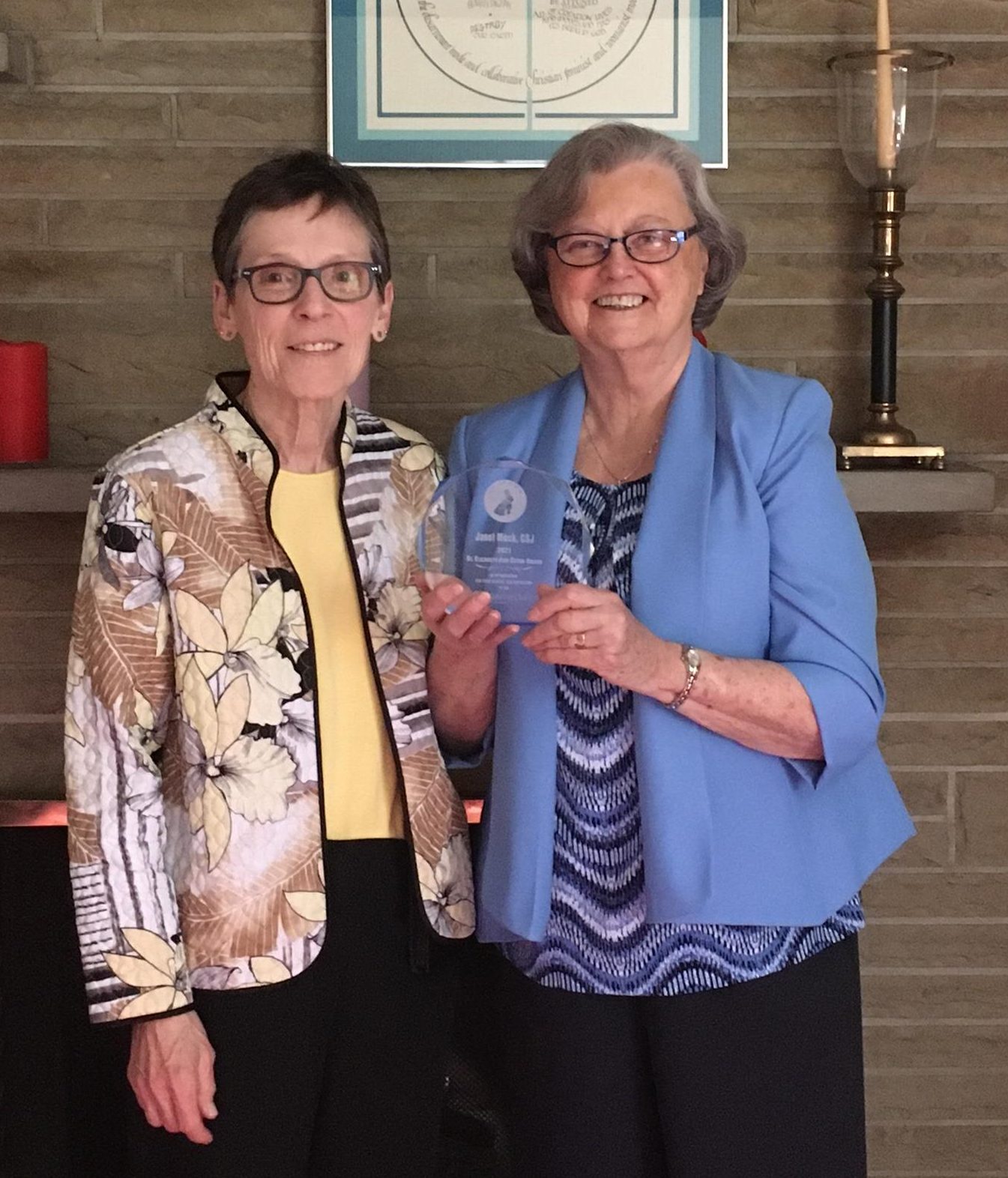 The Sisters of Charity of Cincinnati awarded the Congregation’s highest honor, the Elizabeth Ann Seton Award, on Saturday, April 10, 2021, to Sister Janet Mock, CSJ. The award recognizes individuals outside the Congregation for their significant contributions in furthering the mission of the Sisters of Charity to act justly, build loving relationships, share resources with those in need, and care for creation.

In 2012, Sister Janet became the executive director of the Leadership Conference of Women Religious (LCWR). With remarkable grace, she led the conference during the Apostolic Visitation, influencing the process with a spirit of cooperation, patience, teamwork and integrity.

Since leaving her position with LCWR, Sister Janet has worked with religious communities of women in the areas of facilitation, education and retreat ministry.

The following is an excerpt from the nomination by the Sisters of Charity Leadership Council describing why Sister Janet was chosen for the award.

“Sister Janet has been indirectly supporting our Congregation for many years. As the executive director of the Religious Formation Conference and as the executive director of the Leadership Conference of Women Religious during the critical period of the Apostolic Visitation and Doctrinal Assessment, Sister Janet has been and continues to be an influential voice helping to positively shape the reality of religious life in the United States.

“In June of 2017, we were fortunate to have Sister Janet as our retreat facilitator as we went ‘deeper into divine mystery.’ Since our retreat, we have been blest with opportunities to practice contemplative dialogue with one another in expanding and enriching ways. As a woman who has exhibited courageous and attentive listening to the signs of our times, Sister Janet has supported all religious with her gifted leadership.”