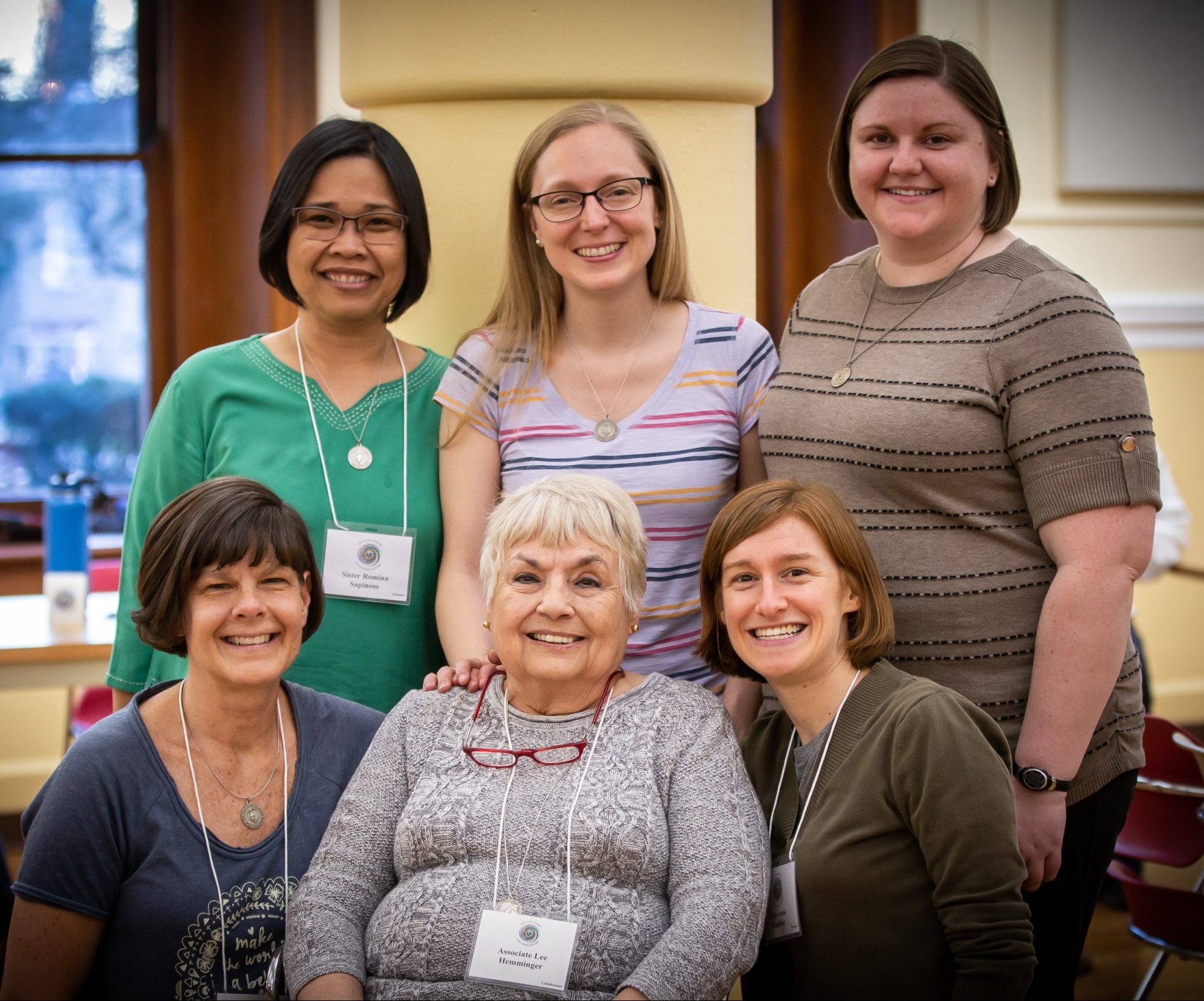 Associate Lee Hemminger (front row, center) celebrates 25 years as an Associate of the Sisters of Charity in 2021.

What is an Associate? An Associate is man or woman of any age, faith, ethnicity, occupation or locale who finds she/he has an affinity with the charism of the Sisters of Charity of Cincinnati. That person is willing to enter into a period of discernment, prayer and formation with a companion. After a period of time that both the candidate and companion agree upon, a commitment is made to the Sisters of Charity for one year. An Associate agrees to stand shoulder-to-shoulder with the Sisters in the service of God’s people in any way they can. In the words of Elizabeth Ann Seton, the Associate “contemplates how you are being asked to give your heart to God amidst your everyday activities.”

Blasa Rivera made her commitment as the first Associate with the Community on Sept. 3, 1973. Today there are more than 200 women and men who serve alongside the many ministries of the Sisters of Charity. This year five Associates will celebrate silver anniversaries with the Community. Associate Vicki Welsh talked with a few of them; their interviews will be featured throughout the year.

As I conversed with Associate Lee Hemminger, a resident of Littleton, Colorado, on the phone, I quickly realized that she could tell her story far better than I could. I hope you enjoy her passion as she relates her story. The first question I asked Lee was how she first met the Sisters of Charity of Cincinnati in Denver, Colorado.

“My first connection with the Sisters was in 1968. As a Catholic Charities volunteer, I was assigned to S. Michael Mary Eagan, MSW, to be an outreach worker in the project area of Denver, Colorado. Our meeting place was the Marjorie Reed Mayo Daycare Center. I became acquainted with Sisters Joan Crocker, Dorothy Michael (later Shirley Marie) Dietrich and all the Sisters who were living in the convent at Sacred Heart parish. I became interested in Elizabeth Ann Seton while reading a book about her in the library of the Daycare Center, and felt quite connected with her.

“I worked at St. Anthony Hospital in Denver starting in 1985. The Sisters took over the operation of the hospital so I met a few more of the Sisters. This deeper immersion into the lives of the Sisters prompted me to ask Sisters Jackie Leech and Nancy Hoffman if the Cincinnati Charities had an Associate program. I was put in touch with S. Rita Hawk, who was head of the Associate program at that time. And the rest is history!”

Tell me what your formation was like at that time.

“I was fortunate to have two wonderful Sisters as companions. For my initial commitment, I had S. Michael Mary Eagan, as we remained close friends for all those years. She really did an organized and in-depth formation with me. She started with a book about Saints Vincent de Paul and Louise de Marillac. We went on to Elizabeth’s biography by Rev. Joseph Dirvin, then to Mother Margaret George. We would discuss the books as I read them and S. Michael would add her spirituality to my learning.

“I felt like Elizabeth was an actual part of me when we finished and I couldn’t wait to make my commitment on Dec. 1, 1996! My favorite line from the charism has always been “dare to risk a caring response” because that’s what Elizabeth and all the Sisters I knew always did. Their courage, strength, vision and deep faith were truly inspiring.

“Then, in 2014, I made my Lifetime Commitment with S. Janet Gildea as my companion. It was a special gift to have her share her beautiful spirituality and deep faith during that process. She was the ultimate example of love and care for all creation, deep abiding faith and hope. Sadly, both of these beautiful Sisters and friends have been called home to God, but they took a piece of my heart with them and remain a part of me.”

Can you share two special memories from these last 25 years?

“Mary Jo Mersmann asked me to be a member of the Associates Advisory Committee. During that time I met S. Dee Sizler and many Associates from Ohio and Florida. Going to Mount St. Joseph four times a year was a great privilege and honor. It gave me the opportunity to meet Sisters who were living in or near the Motherhouse. During my time on the Advisory Committee, all the Sisters and Associates were very kind and embracing. I came to feel like I was going home whenever I would make those trips.

“When I first became an Associate, I felt that there was some resistance to the Associate program. But when I went to my first congregational gathering, S. Mary Ellen Murphy did something that made me feel so included! At the Opening Ceremony, she called off each name of the Sisters and Associates, all mixed together in alphabetical order. That simple action was so inclusionary that I knew I was where I belonged! Twenty-five years later, I feel the same way and thank God for the blessing and opportunity to share sisterhood with all the Sisters and Associates.” 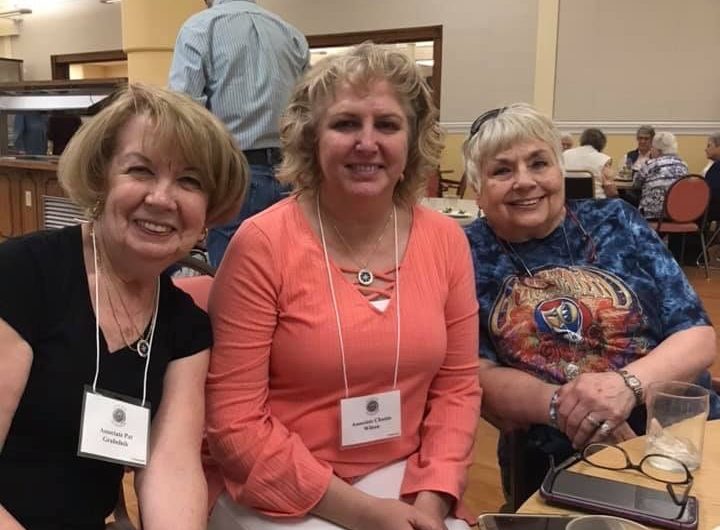 Associate Lee Hemminger (right) enjoyed being a member of the Associates Advisory Committee and meeting so many Sisters and Associates during her visits to the Mount.