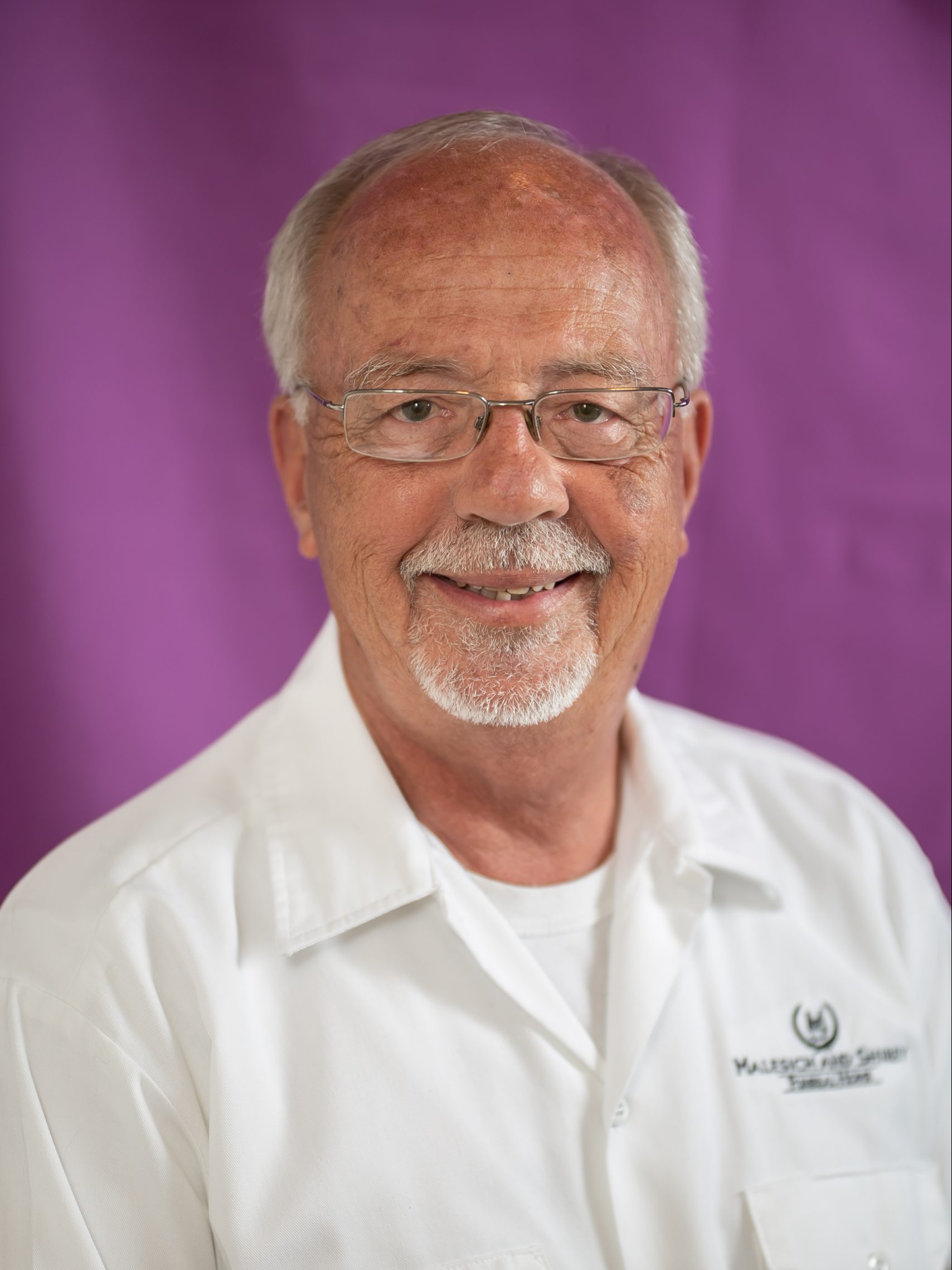 Associate George Malesich celebrates 25 years as an Associate in Mission this year.

Often our life’s direction can be changed by, what at the time seems like, the most insignificant event. In my conversation with Silver Anniversary celebrant, George Malesich, that is just how he came to meet the Sisters of Charity who were ministering in the Denver, Colorado area in 1993.

George had just retired from the U.S. Air Force after 23 years. He was living just a quick walk down the street from St. Ignatius Loyola Roman Catholic Church in Denver. He was standing just inside the narthex waiting for Mass to begin when the door blew open and in rushed a woman with a German shepherd on a leash! She hurried past him and dropped off or picked something up, turned around and rushed out as fast as she had arrived. Somewhat later, during Mass, George spied this same woman, no dog and in deep prayer. After Mass, George strolled up to her and told her what a beautiful German shepherd she had. See George is a German shepherd lover himself. She introduced herself as S. Sue Verbiscus with the Sisters of Charity of Cincinnati. S. Sue invited George to the convent for the first of many shared cups of coffee. On his first visit he also met Sisters Janet Marie Wehmhoff and Mary Ellen Roach.

From that day on, several Sisters and George shared their love for their dogs. S. Sue and George raised their German shepherds and S. Mary Ellen raised her corgis. We must also add another Associate Gary Sawyer who did, and still does, love his poodles. During this time, George found himself always available to help with anything they needed around the convent or the school where they taught. “There isn’t a kinder man than George!” says S. Mary Ellen Roach. This was a place and people where George wanted to spend his free time. So when they asked him about becoming an Associate, his answer was a resounding “yes.” S. Sue was his companion through his period of formation. He made his commitment to the Sisters of Charity of Cincinnati on Jan. 7, 1996.

I asked George to share a couple of his most cherished memories. He did not hesitate to launch into the story I will call ‘The Leadville Jeep Adventure!’ 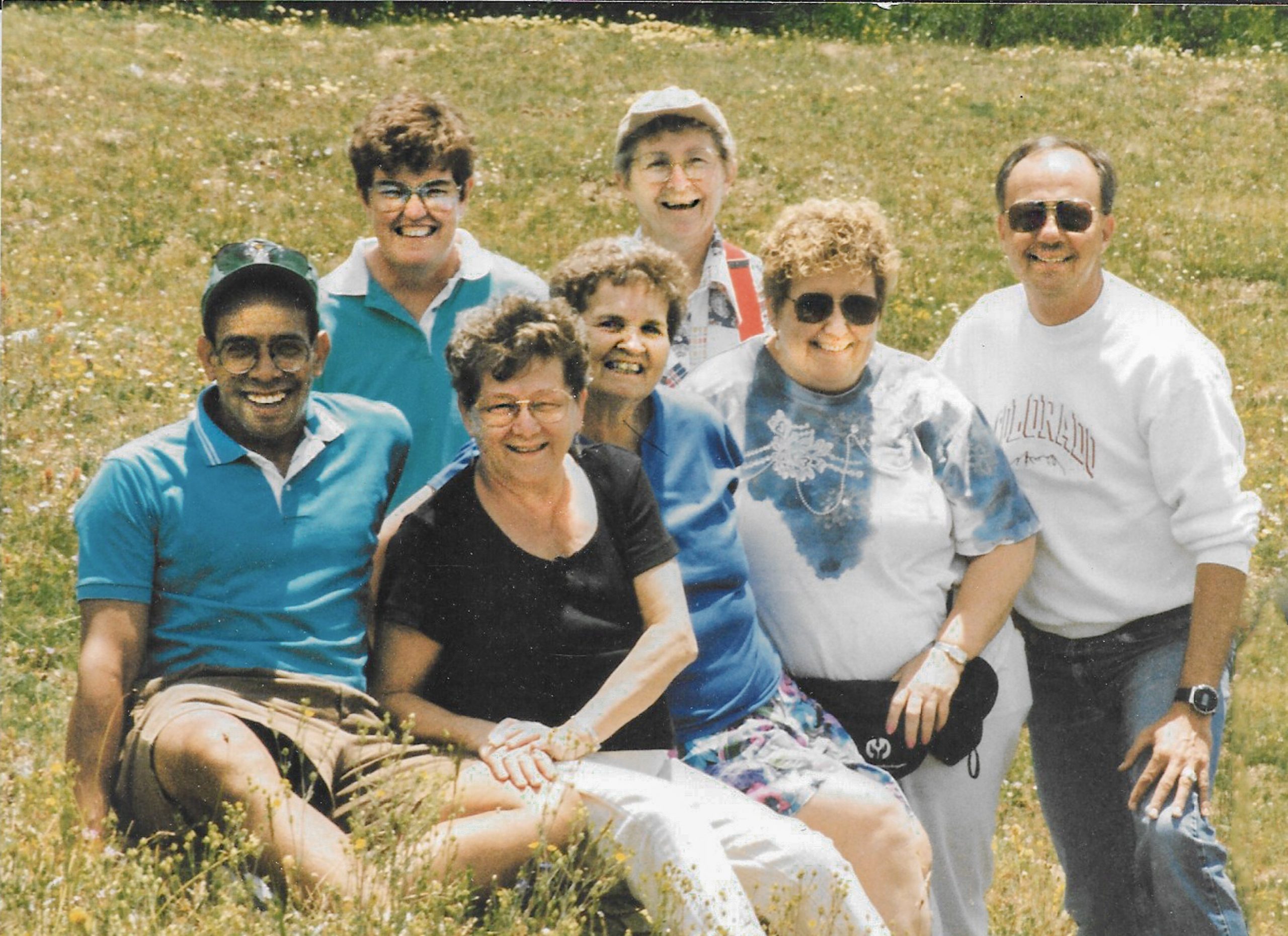 As all Associates quickly learn, the Sisters take their recreation as seriously as they do their vocation! George tells a story that can be enjoyed more with our mind’s eye than in any real detailed description of the actual event. George was born and raised in Leadville, Colorado, about 100 miles from Denver, where lakes and peaks abound! Leadville is a town nearly 10,200 feet above sea level and a favorite for skiing and many other outdoor sports. George had a shiny black Jeep. It just so happened that another teacher at the school and fellow Associate Gary Sawyer also had a black soft top Jeep. So they took all the Sisters in their Jeeps for a day of “Jeeping’ around Leadville – twisting, turning, bouncing and splashing. I’m sure the mirth was audible! The goal was to have more fun than they could imagine and to get the Jeeps as dirty as possible.

In another memory George recalls the Sisters called upon him to work with the young students of their school (St. Ignatius Loyola) in a tutoring role. He soon witnessed how much love the Sisters had for these children. The children who attended the school came from every type of home both good and tragic. He saw how much the children returned the love they received in all varied ways of showing gratitude. George came to have great respect and admiration in the Sisters’ loving treatment of every child. He, too, began to treasure the hugs the children would lavish on him upon his arrival. 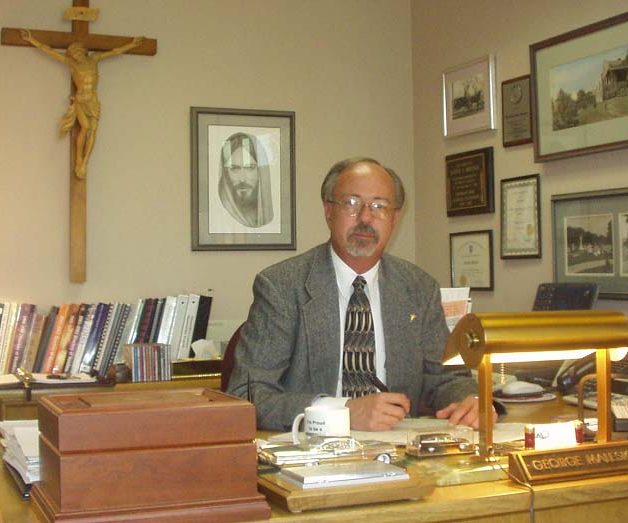 After retiring from the Air Force, Associate George Malesich returned to the funeral business, eventually owning and operating Malesich and Shirey Funeral Home in Arvada, Colorado.

George finished our conversation by sharing a bit of background about the Malesich and Shirey Funeral Home. Back when George was 16 years old, while other boys got odd jobs on construction sites or McDonald’s, he was taken on by Andrew Cassidy, owner of a local funeral home. He taught George the business and was very good to him. He would grow to become his mentor. Since he could drive – drive he did! After retiring from the U.S. Air Force after 23 years, he went to work for the Monsignor of the local Diocese. During that time a nearby Catholic cemetery, Mt. Olivet in Jefferson County, needed a business manager. The director of Mt. Olivet asked George to help. He stayed there for more than 12 years before starting his own funeral business. George has provided funeral services for several of the Sisters of Charity and members of their family. George provided those Sisters and family members with the same love and affection he has had for them since that first morning at St. Ignatius Loyola.