As we celebrate the 200th anniversary of Elizabeth Seton’s death, we may wish we could have been with those gathered at her bedside in her last hours along with her daughter Catherine and the Sisters. We might have prayed with her and listened to her last whisperings: “be united together as true Sisters of Charity”; “stand most faithfully by your rule”; “be daughters of the church, be daughters of the church.” “It seemed to me,” recalled S. Mary Xavier Clark, “that the Lord was there, close by waiting for this beautiful soul – I don’t ever know when His presence was more real to me.” Rev. Simon Bruté recounted one of her last prayers: “Soul of Jesus sanctify me – blood of Jesus wash me.”

Elizabeth went to God on Jan. 4, 1821. The whole day she lay in the choir of the chapel where all took turns watching. The following day, the eve of the Epiphany, her body was placed in a “plain coffin,” and after Mass was laid to rest in the “little wood” under a stately oak tree near the graves of her two daughters, Anna Maria and Rebecca. Little remains of the original site where Elizabeth was laid to rest. Gone is the little wooden cross that marked her grave; gone is the intimacy of that small cemetery; gone is the towering oak tree that stood for centuries. When that tree was felled by lightning in the not-too-distant past, small wedges of its trunk became cherished relics of Elizabeth’s first resting place. Other “relics” include the enduring wisdom of her final months. In her prayer book she wrote, “The virtues of the infirm are meekness, humility, patience, resignation, and gratitude for help received.” To a friend she advised: “Keep the straight path to GOD ALONE, the daily little lesson to keep soberly and quietly in His presence, turning every little action on His will; and to praise and love through cloud or sunshine, is all my care and study.” 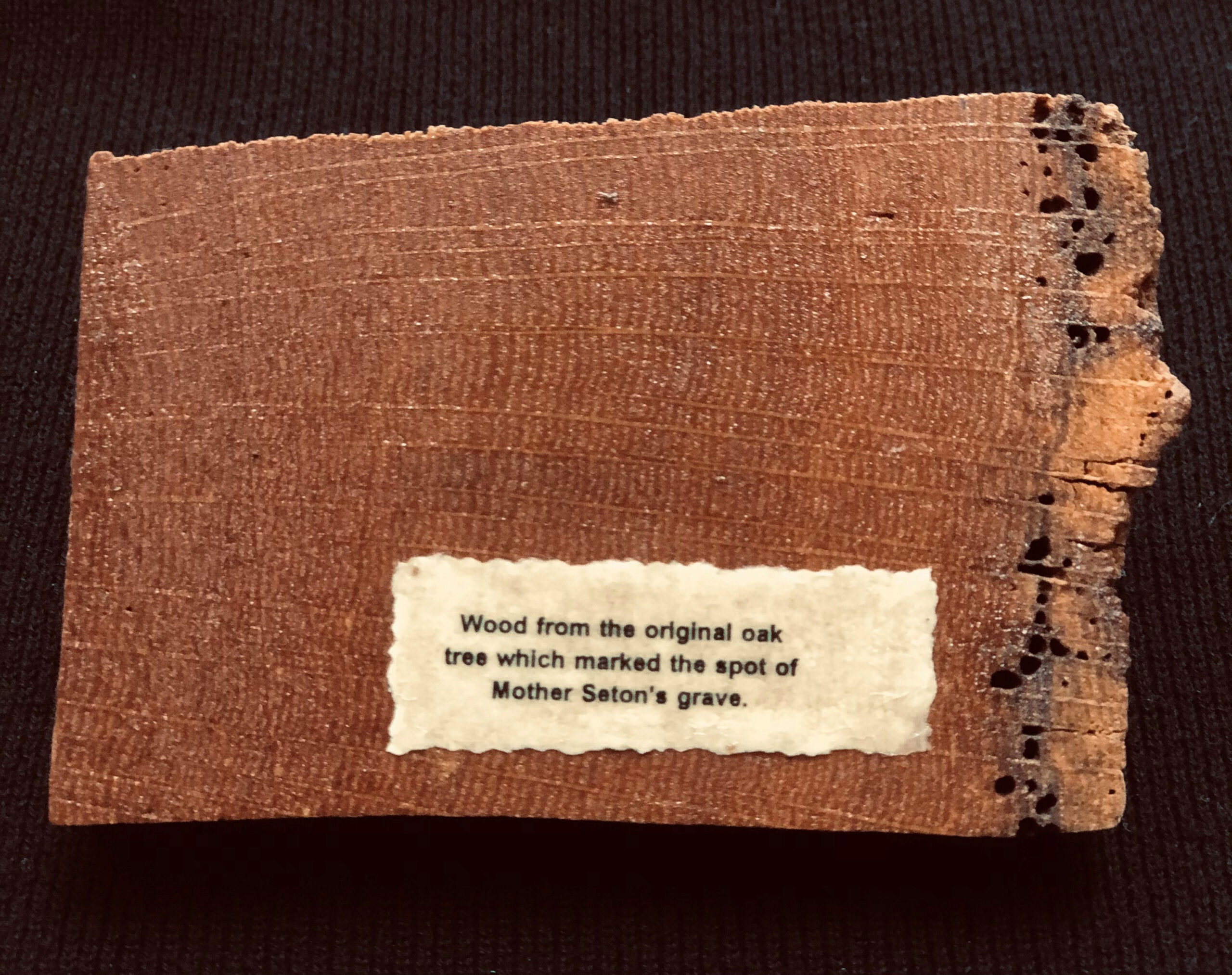 A piece of wood from the original oak tree that once rested near Elizabeth Seton’s gravesite in Emmitsburg, Maryland. 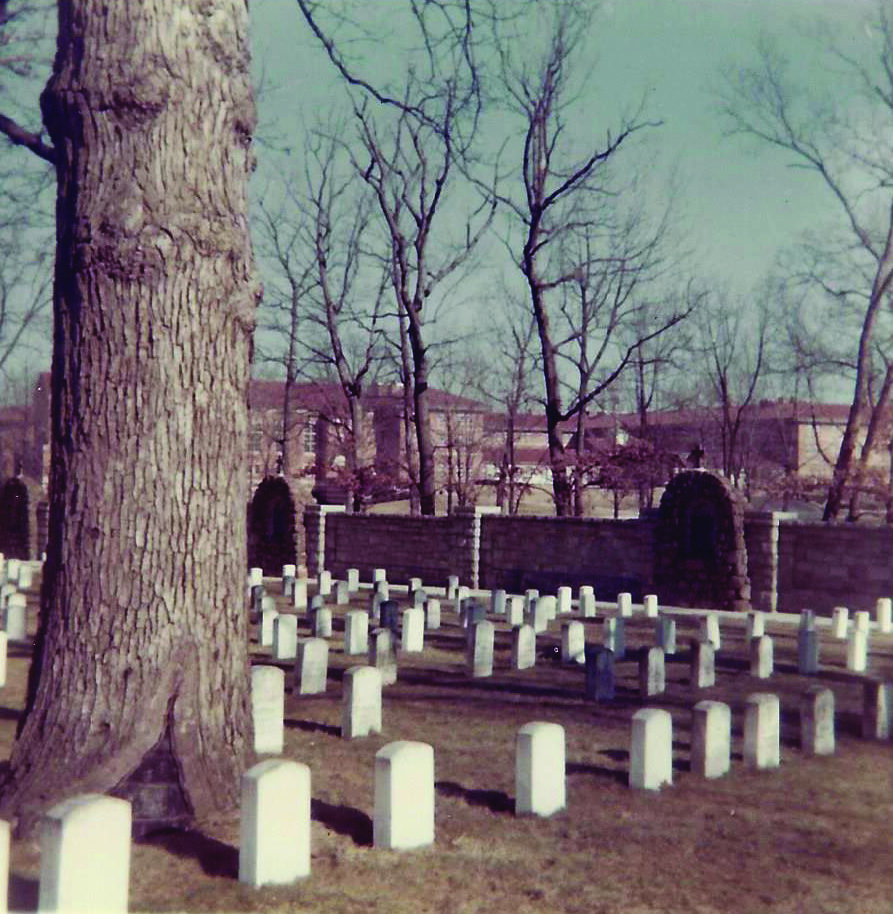 A view of the stately oak tree that once marked Elizabeth Seton’s original gravesite. Photo courtesy of the Daughters of Charity Province of St. Louise Archives, Emmitsburg, Maryland. 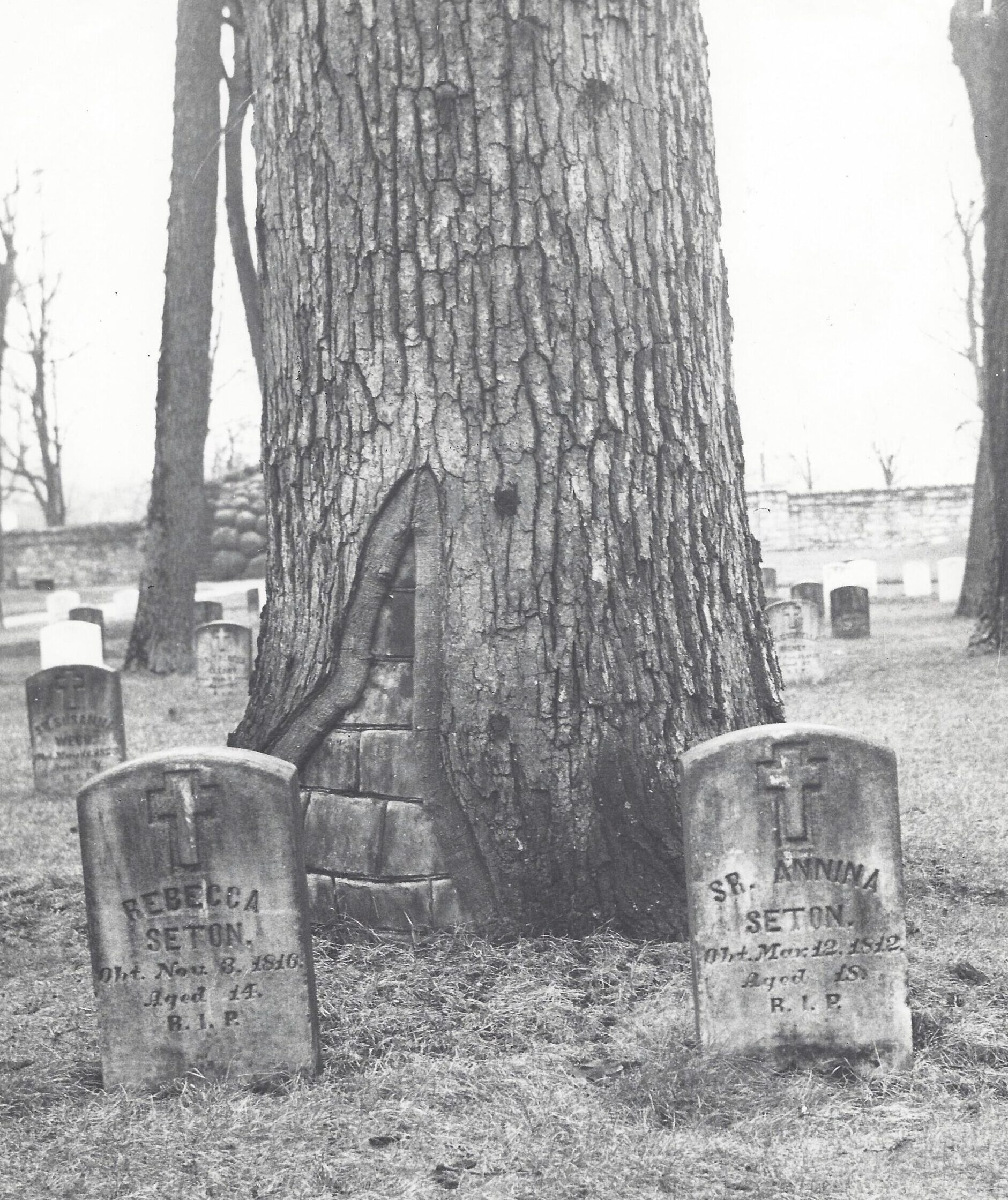 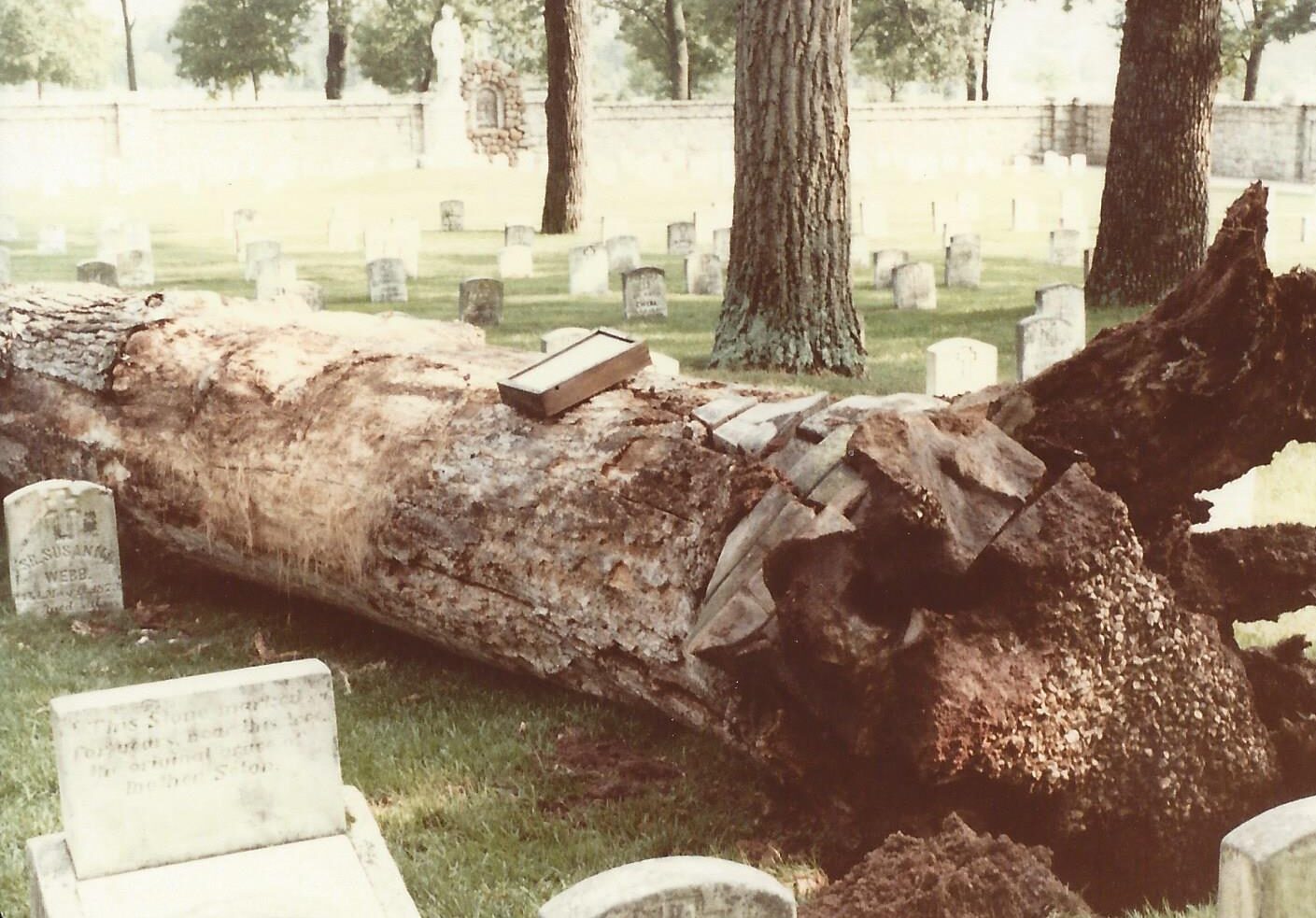 The oak tree was struck by lightning and fell in 1984. Photo courtesy of the Daughters of Charity Province of St. Louise Archives, Emmitsburg, Maryland.