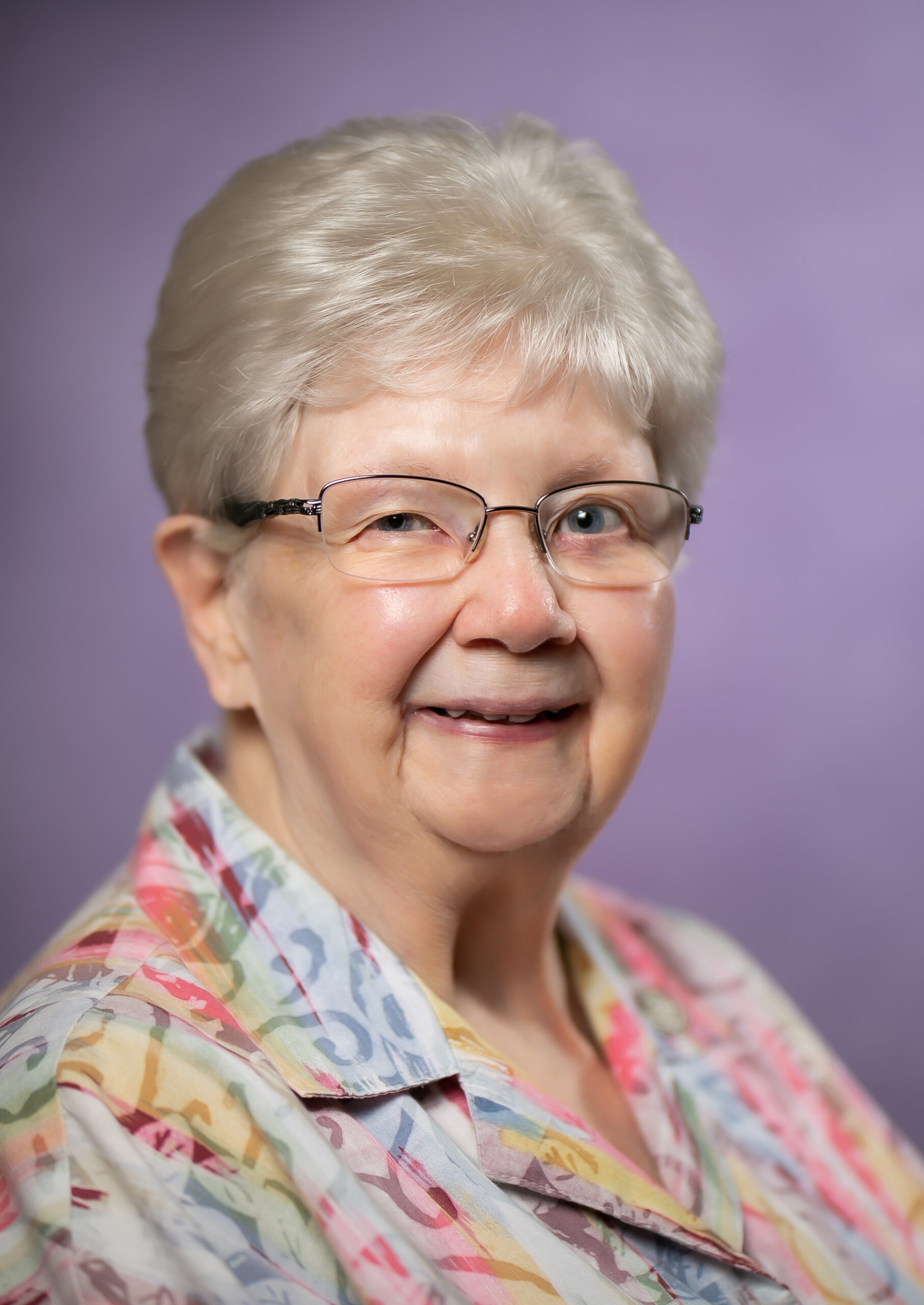 S. Katrinka Gunn died July 31, 2021, at the age of 83 in Mother Margaret Hall, the nursing facility for the Sisters of Charity. S. Katrinka was born on Nov. 3, 1937 to George R. and Geraldine (Eikenbary) Gunn in Cincinnati, Ohio. She was the third of four children, two girls and two boys. She was a Sister of Charity for 67 years.

S. Katrinka grew up in Cincinnati and was taught by the Sisters of Charity at both St. William grade school and Seton High School. She was drawn to religious life at a young age, having Sister Joan Crocker as her fifth grade teacher. She would say, “I think she first sparked a vocation in me and I am forever grateful.” Sister Katrinka entered the Sisters of Charity during her senior year of high school on Feb. 2, 1955.

Her ministries spanned more than 50 years; 14 in education and 36 in a variety of healing ministries. She mostly served in Ohio with the exception of teaching in Chicago, Illinois (St. Sebastian, 1958-’65) and Denver, Colorado (Sacred Heart, 1970; Margery Reed, 1971). S. Katrinka was principal at St. Anthony, Cincinnati (1966-’69). It was in this time of renewal in the Church and Vatican II that she felt called to share in the healing ministries of Jesus; she transitioned to nursing, earned a degree and at the same time she pursued training in spiritual direction and directed retreats. Her participation in the healing ministries included psychiatric nursing and mental health with clients at the Christian Family Center in Price Hill (1980-’86), pastoral counseling with her senior Sisters in Mother Margaret Hall (1984-’86) and serving as director of retirement for the Sisters (1986-’92). The next 10 years S. Katrinka ministered as assistant coordinator of Mother Margaret Hall residents; she especially enjoyed supporting her Sisters in retirement decisions, focusing primarily on the residents of the newly opened assisted living area. It was an opportunity to continue relationships she had established in her retirement ministry.

From 1976-’92 spiritual direction offered S. Katrinka another source of energy. A directed retreat ministry took her to Jesuit Retreat Houses in Milford and Cleveland, Ohio as well as Oshkosh, Wisconsin, the SC Motherhouse and the Sisters of Divine Providence Motherhouse in Melbourne, Kentucky. She would say of these experiences, “I encountered many wonderful persons as directees. My faith was deepened and my relationship with a loving, forgiving, compassionate God blossomed.”

S. Katrinka chose to retire from formal ministry in 2002. She then began pet therapy with her dog Sunshine. For eight years together, they visited nursing homes, connecting with persons deprived of animal companionship, looking in on several hundred people per month at nursing and day care facilities in the Cincinnati area. Sister found retirement a rich, live-giving time and was most grateful to the SC Community for making it possible. S. Katrinka moved to the Motherhouse in 2015 and to assisted living in Mother Margaret Hall in 2020.