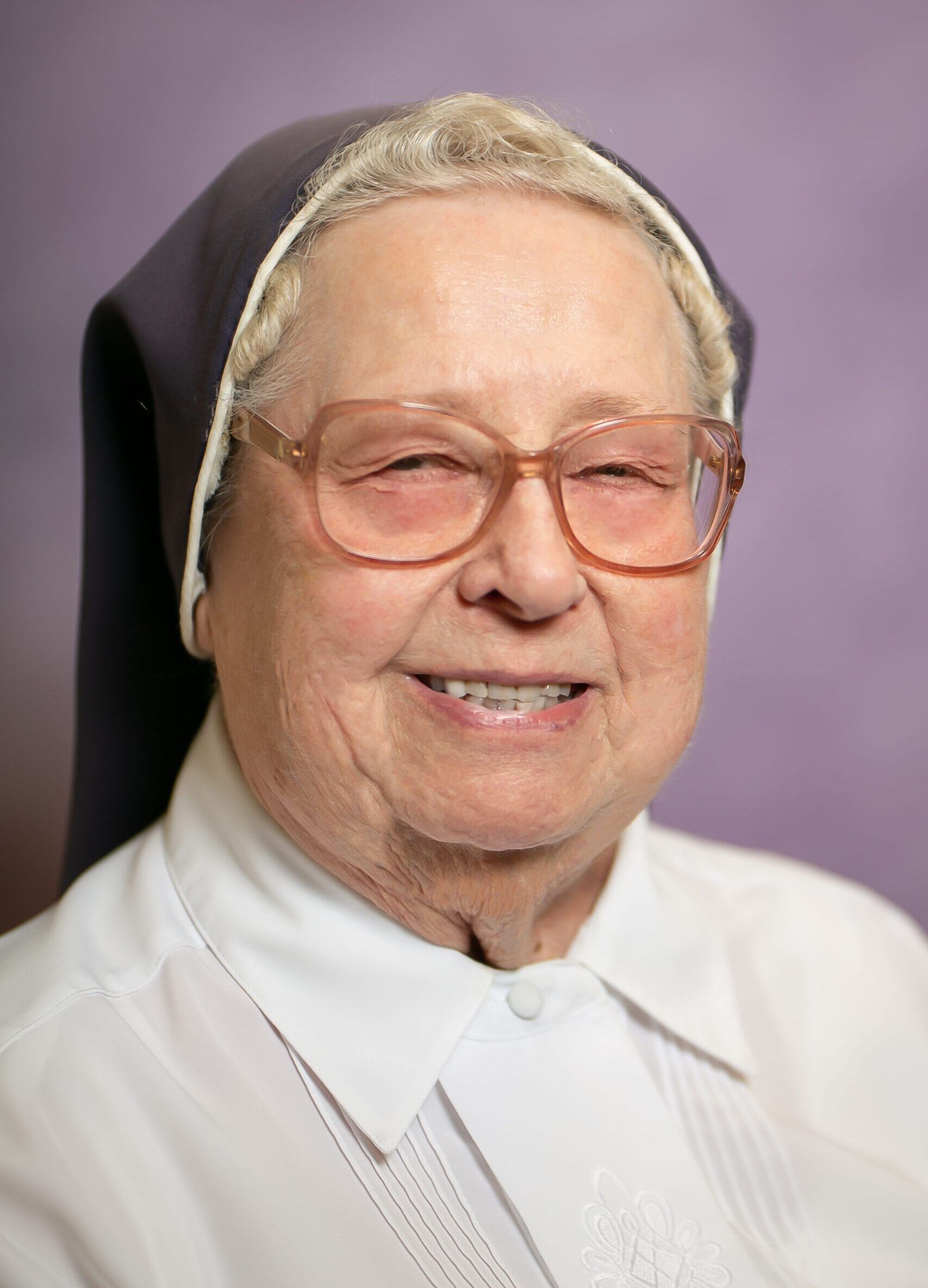 S. Dolorata Felix died Sept. 5, 2021, at the age of 90 in Mother Margaret Hall, the nursing facility for the Sisters of Charity. S. Maria Dolorata was born Dolores Magdalen Felix on Dec. 13, 1930 to Steven J. and Angeline (Slevatz) Felix in Denver, Colorado. She was the oldest of four daughters. She was a Sister of Charity for 71 years.

S. Maria Dolorata grew up in Denver, attending St. Joseph grade school and graduating from Manual High School in 1949. She met the Community while working at Margery Reed Mayo Day Nursery which was run by the Sisters of Charity. S. Dolorata enjoyed working with the Sisters and lay staff and was attracted to the religious life of the Sisters; she entered the Community a year later on Sept. 15, 1950. She was the only staff member who worked at the nursery to enter the SC Community. The nursery continues to serve families in the greater Denver area today.

S. Dolorata received her nursing diploma from Good Samaritan Hospital, Dayton, Ohio, in 1955 and a Bachelor of Science degree in Nursing from the College of Mount St. Joseph in 1961. She felt blessed to be both a religious woman and a life-long nurse.

S. Dolorata’s ministries spanned more than 65 years, all in health care. She was a consistent study in competency and provider of high-quality nursing care. Her first mission was at Glockner-Penrose Hospital in Colorado Springs, Colorado in 1955, supervising the cancer surgical unit, orthopedics and pediatric departments. In 1961 she became the nursing supervisor at Penrose Hospital with her greatest challenge setting up heart surgery and teaching nursing professionals to read heart monitors; she directed the departments of coronary care, intensive care and dialysis. In 1965 she went to St. Mary-Corwin Hospital, Pueblo, Colorado, serving as nursing supervisor and then head nurse.

S. Dolorata then began dedicating her ministry years to her Sisters in Mother Margaret Hall which would span more than 50 years. She would say that these special years with her Sisters gave her the greatest satisfaction. Initially her duty was as director of nursing services. She shared, “I worked with eight different administrators and with a wonderful, caring nursing staff of Sisters and lay persons. I look upon staff as the most important component of quality care.”

In 1988, after 18 years in this role, S. Dolorata became Sister Resident Coordinator for Mother Margaret Hall, providing non-medical services, acting as a sounding board and councilor for Sister residents, and serving as a liaison between administration and other nursing departments.

In 2008 S. Dolorata moved to a part-time ministry as resident advocate for MMH Sisters which allowed her to continue ongoing contact with the Sisters residing there. She was able to attest to the ongoing wholistic atmosphere that contributes to each one’s sense of well-being.

Throughout the years S. Dolorata remained in touch with friendships fostered with past Mother Margaret Hall staff members. She enjoyed cooking, needle work and learning to play the organ.

Past colleagues of S. Dolorata are quick to share, “Sister had a high level of concern for the welfare of every Sister resident which she combined with the formal care, always offering compassion and understanding.” Another fellow nurse said, “S. Dolorata had the ability to plan, organize and direct the activities of a number of personnel in a wide range of programs without ever losing the human touch.” Still another stated, “S. Dolorata was one of the dominant forces over the years which has made Mother Margaret Hall what it is – a treasure of faith, hope and love.”