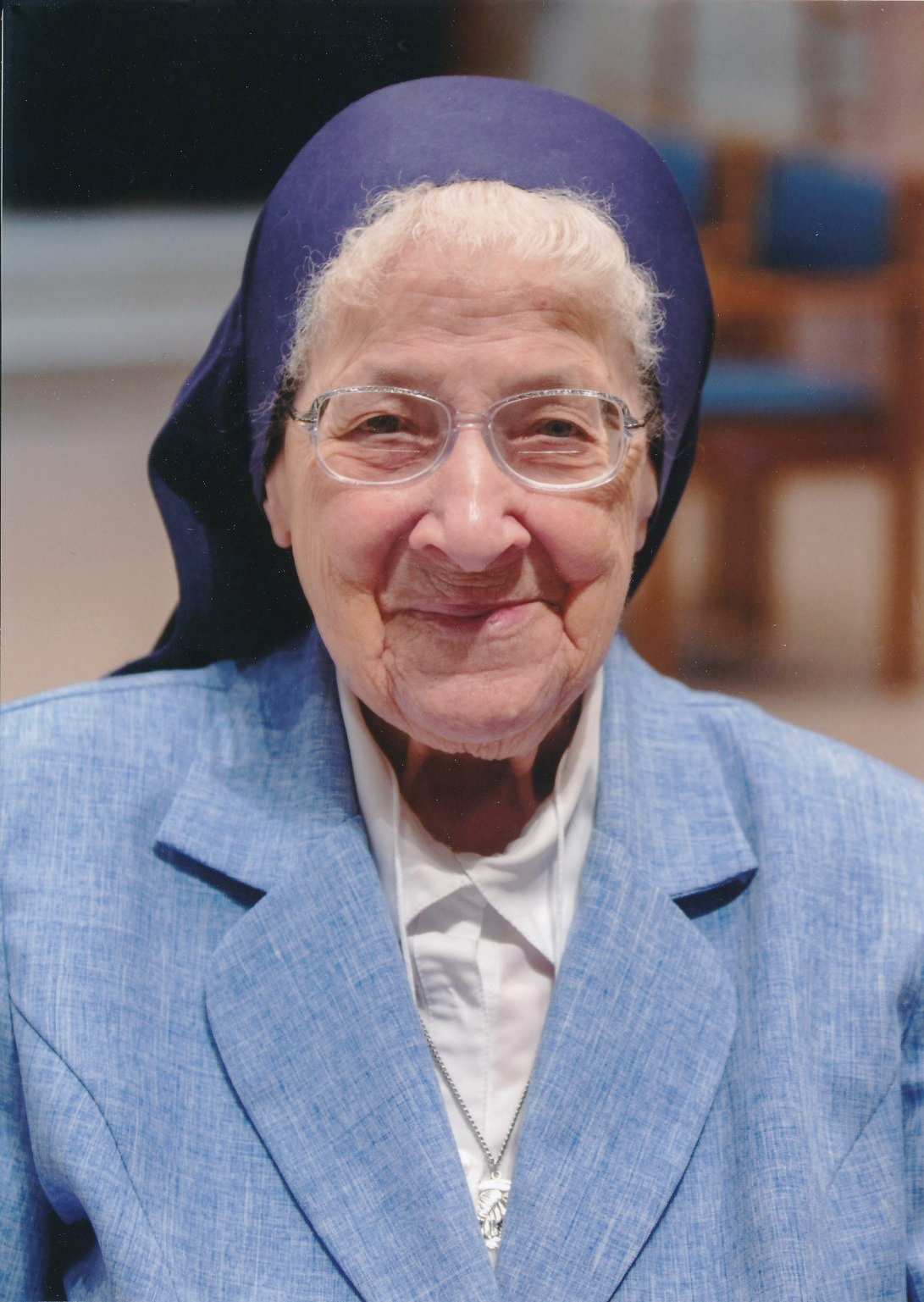 A native of Hempstead, New York, Sister Mary Loyola earned her bachelor’s degree in history from the College of Mount St. Joseph (Cincinnati) and spent almost 50 years in the field of education. From 1942-’70 she taught at schools in Ohio, Michigan and Maryland. In Cleveland, Ohio, she became a high school teacher of history and social studies at Holy Name; her efforts did not go unnoticed as Sister was asked to serve the education office of the Diocese of Cleveland as a coordinating consultant. Despite having little experience in administration, she felt well-prepared. “I served as the social studies consultant and department chairman for the diocese from 1970-1978,” she remembered.

In 1980 Sister Mary Loyola earned a master’s degree in pastoral studies from Loyola University (Chicago, Illinois) which she says prepared her for a new ministry. She served as religious education coordinator at St. Benedict in Crystal River, Florida, from 1979-’85. While at St. Benedict several of the parish’s parents approached Sister and Father James Hoge about building a school. In 1985 they co-founded Central Catholic School (now Saint John Paul II Catholic School), the first Catholic school in Citrus County, Florida. She acted as an influential educator and principal until 1990 when she became the director of development for two years. The school began with 50 students in three grades and added a grade each year; it continues to thrive today serving more than 150 students from pre-K to 8th grade.

From 1991 until 2007, Sister Mary Loyola served as education coordinator and Rite of Christian Initiation of Adults (RCIA) director at St. Scholastica Church in Lecanto, Florida. In May 2007 she began ministering at St. Francis Cabrini Xavier Church in Springhill, Florida. There she oversaw the RCIA program and annulments. Throughout her years at both St. Scholastica and St. Francis Cabrini she got to know many parishioners; her dynamic personality and deep faith were contagious and as those relationships developed, she walked with many as they chose to make commitments as Associates in Mission of the Sisters of Charity. Upon her 70th anniversary with the Community, Florida Associate Rachel Edwards said, “I see the charity, humility and simplicity that comes from her very soul. We feel privileged to know and love Sister Loyola, as she continues to mentor all of ‘her’ Associates.” In June 2014 Sister Mary Loyola retired and prepared to move back to the Mount St. Joseph Motherhouse in Ohio. Approximately 1,200 friends and acquaintances filled St. Francis Cabrini Church to celebrate Sister and say thank you for her life and dedication to the Church.

Sister said she has enjoyed many blessings throughout her life and particularly those as a Sister of Charity. Awarded the 1998 Mother Seton Award (her congregation’s highest honor) for dedication and service to the Sisters of Charity, Sister Mary Loyola said she felt “both honored and humbled.” In addition she was in attendance for the canonization of St. Elizabeth Ann Seton in Rome, Italy, in 1975. She recalls how “the Italian women pressed her medal of Elizabeth Seton to the cheeks of their babies.”

As she reflects on her 100 years of life, Sister Mary Loyola says, “I’ve had a long life and a very pleasant life and I thank God for all the blessings that have come my way.”