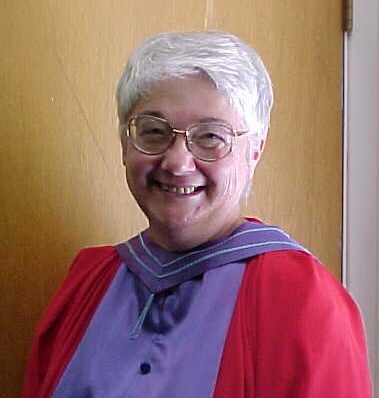 S. Mary Ann Donovan celebrated 70 years as a Sister of Charity of Cincinnati in 2021.

Avid reader, lover of music, talented cook, gracious hostess, exacting teacher, rigorous scholar, dedicated Sister of Charity, loving family member: these are only a few of S. Mary Ann Donovan’s many characteristics. Mary Ann was born in Cincinnati in 1933, the eldest of four children. Her youngest sister, S. Suzanne, lives in Dayton; her brother Joseph (Jerry) died in 2016 and her sister Mary Lou Wood lives in Olean, New York. Suzanne says about Mary Ann, “Mary Ann was truly a Big Sister. She looked out for us three younger siblings, and took good care of us – when she wasn’t reading!”

Among Mary Ann’s favorite childhood memories are softball games with the boys who lived at Mount Alverno in Delhi; hours spent sitting in her favorite tree, reading a good book; practicing for her cello lessons; and going with her father on his business rounds. She grew up surrounded by Sisters of Charity at St. Lawrence Elementary School and Seton High School in Price Hill.  After graduation in 1951 she entered the Community, and earned a Bachelor’s Degree in Elementary Education and Philosophy at the College of Mount St. Joseph-on-the-Ohio, as the Mount was called at that time. After teaching for a few years at St. Mel’s, Cleveland; Little Flower, Royal Oak, Michigan; and Holy Redeemer, Kensington, Maryland, she was appointed principal at St. Louis, Mt. Clemens, Michigan before being missioned to study Theology at St. Michael’s College in Toronto. Mary Ann explained that in missioning her to study Theology, Mother Mary Omer was convinced that only when the male students in seminaries were taught by women would the position of women in the Church begin to change. Mary Ann was grateful to accept this appointment because “as students and faculty, we are called to model the relationships we should practice in ministry in the Church.” After teaching for a year at the Mount, she was appointed to the faculty at the Jesuit School of Theology in Berkeley, California, where she served for 35 years. 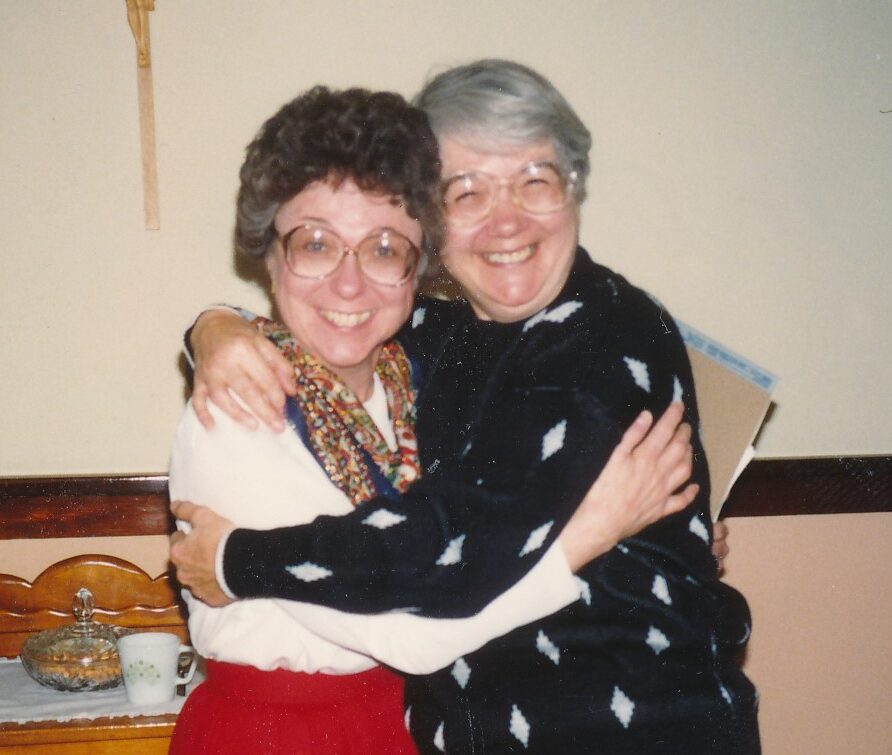 (From left) Sisters of Charity and siblings Suzanne and Mary Ann Donovan share a special connection.

In addition to teaching in the fields of Church History and Spirituality, Mary Ann was frequently invited to speak to groups of church leaders, scholars, parish groups and others. After she spoke to the men who were imprisoned at San Quentin Prison, she noted that the inmates “model a living understanding of the great work that God’s love can accomplish.” On another occasion, Mary Ann spoke at a Grape Blessing Ceremony at Sterling Vineyards in Napa Valley. The event celebrated the vintage and its bountiful gift to the human spirit. Her topic was Jesus the Vintner at the wedding feast in Cana. She still found time to publish numerous articles and two books: Sisterhood as Power: The Past and Passion of Ecclesial Women in 1989 and One Right Reading? A Guide to Irenaeus, for which she received the 1998 book award from the College Theology Society.

Wherever she is, Mary Ann always enjoys welcoming other Sisters of Charity, family and friends. S. Noreen Ellison remembers visiting Mary Ann in both Toronto and Berkeley. She comments about her time on sabbatical in Berkeley, “I met a few Jesuit scholastics and they told me what a great teacher she was.” Several Sisters tell delightful stories of studying at JSTB, enjoying prayer, home-cooked meals, and sightseeing adventures with Mary Ann and other SCs there. Favorite spots to visit were Muir Woods, vineyards in Napa, the beach for prayer and picnics, and other tourist destinations. S. Annette Paveglio remembers that Mary Ann always had flowers arranged at various places in her apartment when she and Sisters Joanne Burrows, Cathy Cahur, Tricia Cruise, Noreen, Mary Fran Davisson and Pat Malarkey gathered there. S. Joanne recalls about her time studying in Berkeley, “Mary Ann was my sister, friend, mentor, teacher and advisor, sometimes all at once.” 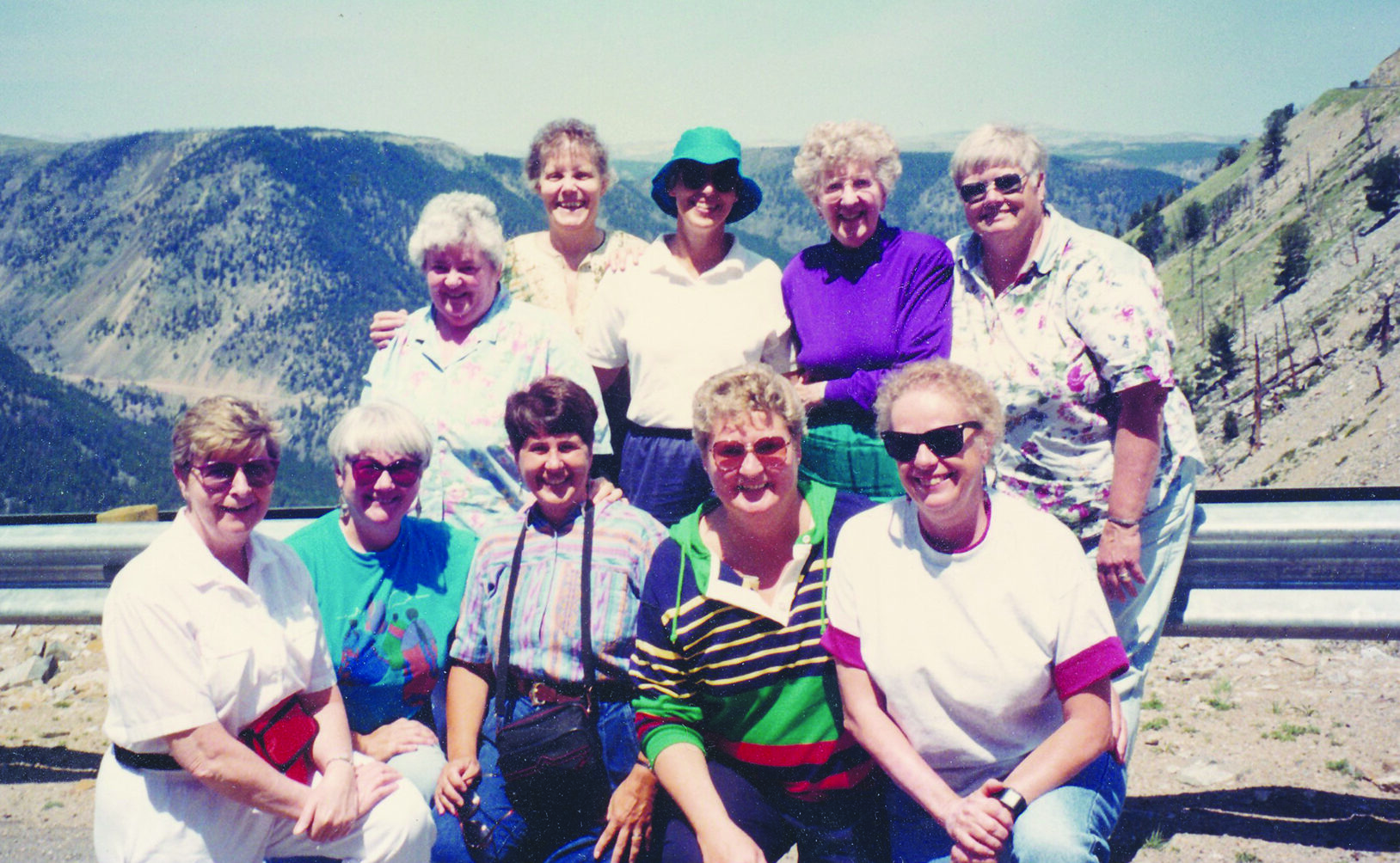 S. Mary Ann Donovan developed the idea of the Somewhere Out There Group, a Small Group for those who lived at a distance from other Sisters of Charity. Pictured are (front row, from left) Sisters Monica Ann Lucas, Mary Ann Donovan, Caroljean Willie, Glenda Reimer, Jean Miller, (back row, from left) Maryanna Coyle, Kateri Maureen Koverman, Joan Cook, Margaret Ebbing and Clarann Weinert.

When S. Mary Fran arrived with her travel companion, S. Annette Paveglio, for her sabbatical year in Berkeley, her apartment was not quite ready for occupancy, so Mary Ann welcomed both of them in her own apartment for the few days until S. Mary Fran’s apartment was ready. And S. Pat recalls that she was there while Mary Ann was interim dean at JSTB. S. Pat commented that during that time, Mary Ann received frequent invitations to speak. S. Pat said, “I have to admit that some of the content was over my head, but I was fascinated by how her sparkling eyes and generous smile drew the whole audience into her topic.” 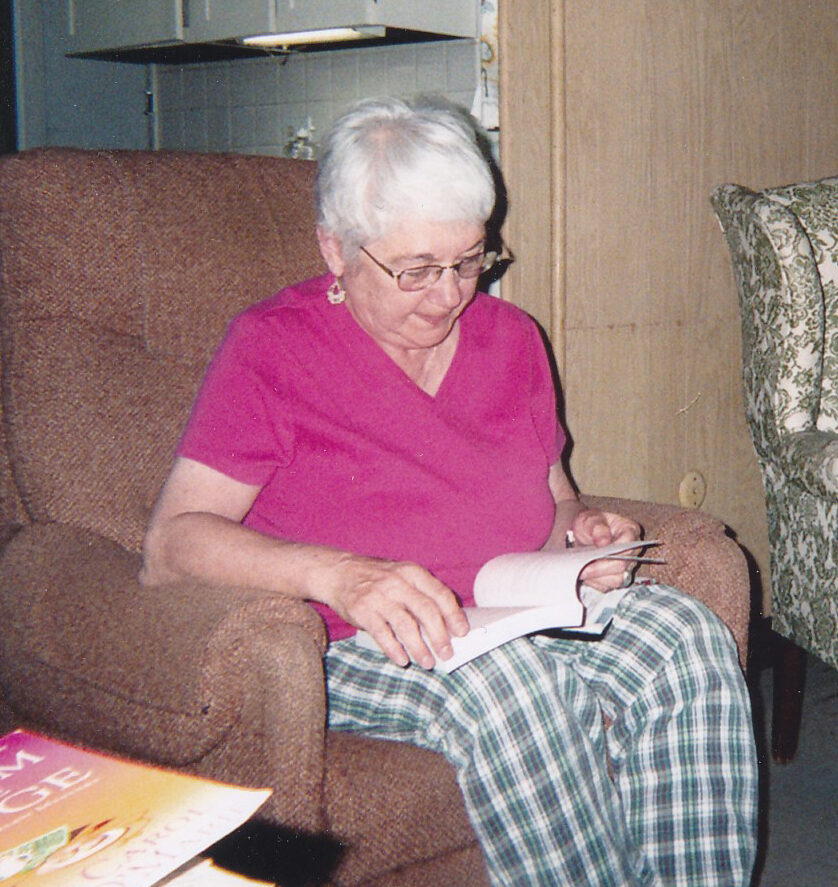 S. Mary Ann Donovan is known for her love of reading, a passion that began at an early age.

I remember fondly the two of us walking across the Golden Gate Bridge early one Thanksgiving morning, when the bridge was closed to automobile traffic. Later that day we joined Sisters Cathy, Joanne, and Tricia at S. Florence (Rose) Izzo’s house for a delicious Thanksgiving dinner. On another occasion, when we were forming Small Groups, Mary Ann suggested creating a group for those of us who lived at a distance from other SCs; that was the beginning of the Somewhere Out There Group. While our membership has evolved, we continue to meet by phone, Zoom and in person to pray together and support one another. Since returning to the Motherhouse, Mary Ann continues to enjoy welcoming visitors and being with the Sisters. She lives her conviction that “loving relationships are what we’re all about.”