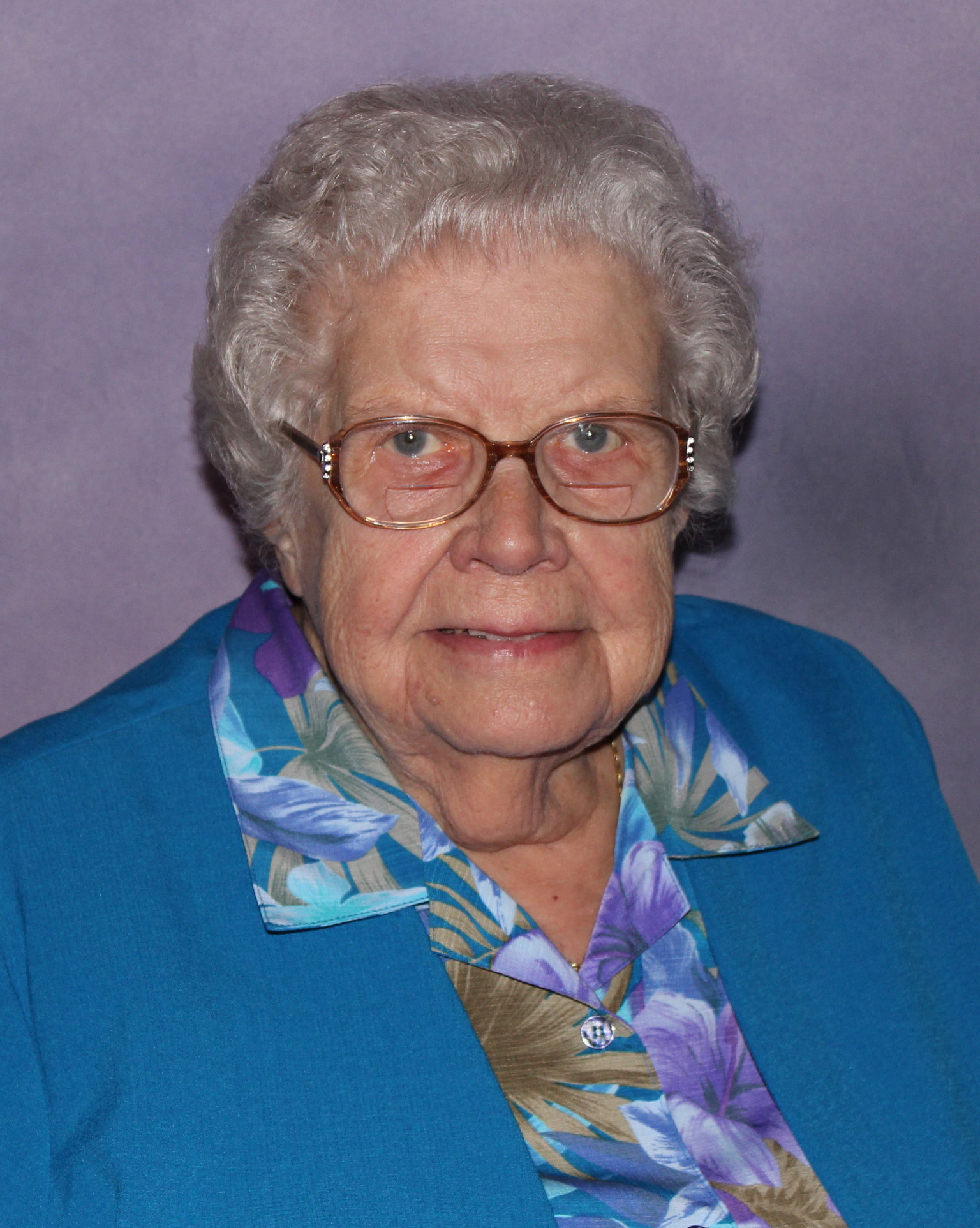 Sister Rita (formerly Dolorita Marie) Schmutte died Dec. 21, 2021, at the age of 97 in Mother Margaret Hall nursing facility at Mount St. Joseph, Ohio. Sister Rita was born on March 2, 1924 to Anthony and Estelle (Frondorf) Schmutte in Cincinnati, Ohio. She was one of 11 children, seven girls and four boys. She was a Sister of Charity for 80 years.

Growing up in a large family in Cincinnati, Sister Rita once wrote that the numerous family members made life enjoyable; activities centered on church and school. She attended St. Aloysius Gonzaga Grade School in Bridgetown and then Seton High School, where she was taught by the Sisters of Charity. After high school she entered the Sisters of Charity of Cincinnati on Sept. 8, 1941.

Sister Rita earned a Bachelor of Arts degree in business from the College of Mount St. Joseph in 1951 and a master’s in education from the University of Detroit, Michigan, in 1958.

Sister Rita’s first assignment as a Sister of Charity was to teach fifth grade at St. Anthony’s in Madisonville (Cincinnati). She remained at the school for three years (1943-’46) before heading West to Pueblo, Colorado to teach business subjects. She served at Pueblo Catholic High School for seven years before returning to her hometown and alma mater Seton High School for an additional three years (1953-’56).

Sister Rita is best known in her hometown for her service as registrar at the College of Mount St. Joseph (now Mount St. Joseph University) for 17 years. Following injuries sustained from an automobile accident, she was left with limited mobility. This happened to be the time when the college was advertising for the registrar position and she applied. Looking back years later, Sister Rita considered her time there as being her best professional experience. At the time of her retirement in 1989 she was responsible for more than half the degrees conferred by the Mount since its founding in 1920, which included nontraditional evening and weekend college graduates as well.

Sister Joanne Burrows is grateful to Sister Rita for her professional guidance and example. “Rita was at the College of Mount St Joseph when I began my career in higher education,” Sister Joanne recalls. “I came to know her as a great registrar (I have worked with many) who listened and learned as the field changed. She cared deeply for students, so much so that she held them to the rules that protected the integrity of their degrees and those of their classmates. Rita generously took time to teach me not just the rules but the reasons, the thinking behind them. What Rita taught me about the integrity of a college degree turned out to be foundational to both my teaching and my administration work over 40 years.”

Following her retirement from the Mount, Sister Rita volunteered in the Community’s Finance Office for 20 more years; her organizational skills were put to good use, giving particular attention to all financial details related to Mother Margaret Hall. Her presence was valued.

Sister Rita appreciated the people in her life and was generous with her gifts, sharing them in her quiet, unassuming manner. She enjoyed sewing, upholstery, tending plants and cooking. Her faith, her SC Community and her large local family were central to the person she was. As a Cincinnati Reds enthusiast throughout her life, she especially enjoyed Spring Training trips with her sisters who were Rosie Red members and avid fans.