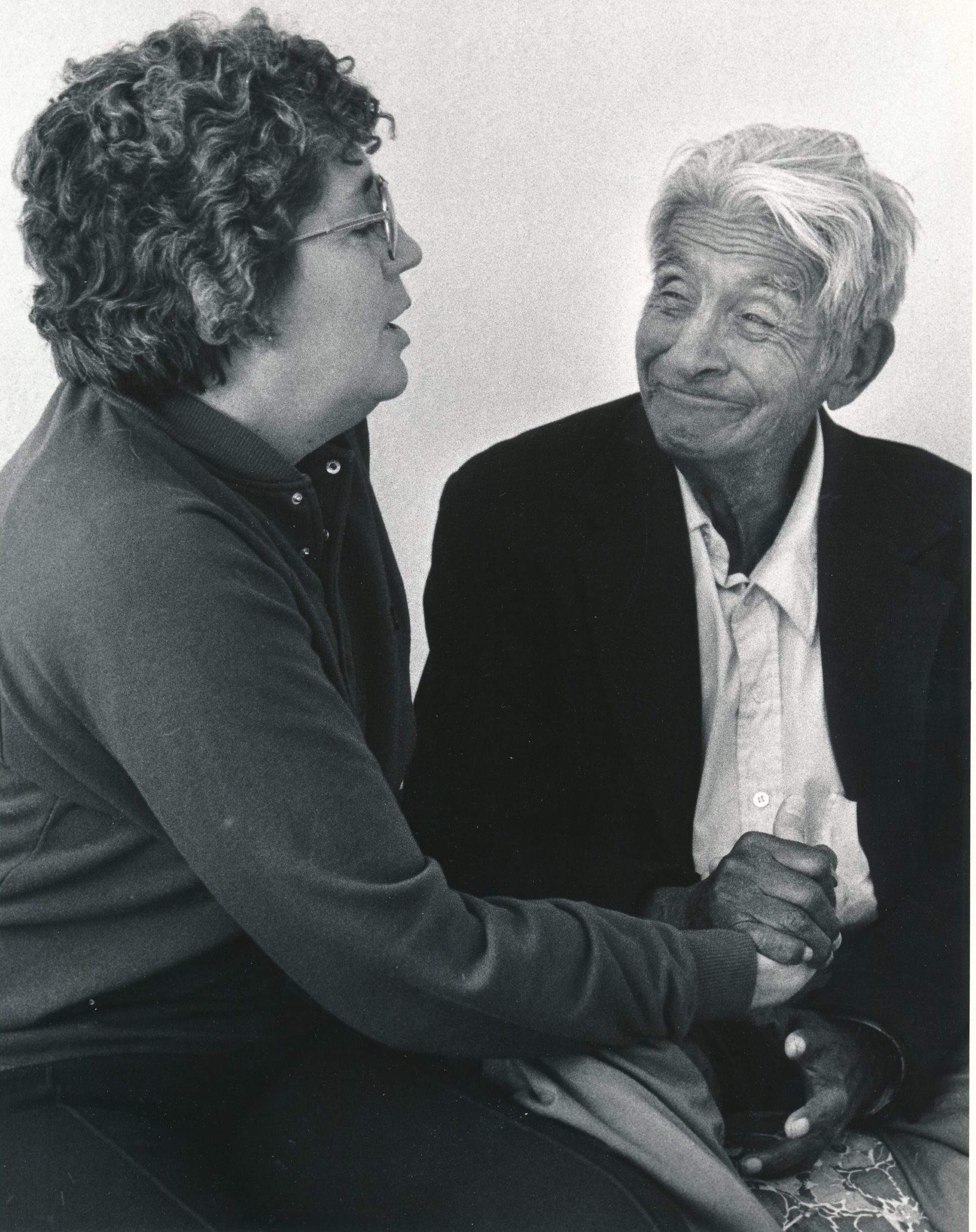 The following article is a continuation in our series featuring Sisters of Charity who have responded to the current needs of the times and passed them on when the timing was right. The following article features S. Shirley Le Blanc and the St. Elizabeth Shelter in Santa Fe, New Mexico.

S. Shirley Le Blanc was ministering as assistant administrator at Villa Therese Catholic Clinic in Santa Fe, New Mexico, when she was visited by members of the Santa Fe Coalition, asking her to join a movement to establish a homeless shelter. S. Shirley had an appreciation for the needs and struggles of the local poor. It was November 1985, and Santa Fe was experiencing more requests for help and persons not having a place to shelter at night. Citizens were concerned; this was compounded by record unemployment rates in the area. It was a call to aid those most at-risk and in need.

The Sisters of Charity were well established in the area, having come to Santa Fe in 1865. They were looked to for leadership and well respected for their ministries to the poor. When approached about leading this much-needed service for the Santa Fe community, S. Shirley shared, “Thinking I was invincible I responded with ‘yes’ I can do that.” That proclamation circled the city almost immediately and many people stepped up to get involved. This began a long, uphill struggle; opposition from neighbors, zoning hearings and a court challenge followed, but supporters persevered. There emerged a community-wide interfaith commitment to address the growing needs of homeless persons in Santa Fe.

The Sisters of Charity were fundamental in both planning and operations in the early years of the shelter. They had the backing of their United States Senator Pete Domenici and the support of Archbishop of Santa Fe Robert Sanchez. S. Shirley’s soft heart and sense of humor eased any tensions when troublemakers would threaten the peace. She would say of herself, “They were very cooperative about turning over their weapons to me and allowing me to frisk them. More than anything I hated turning someone away even if they were difficult to manage.” 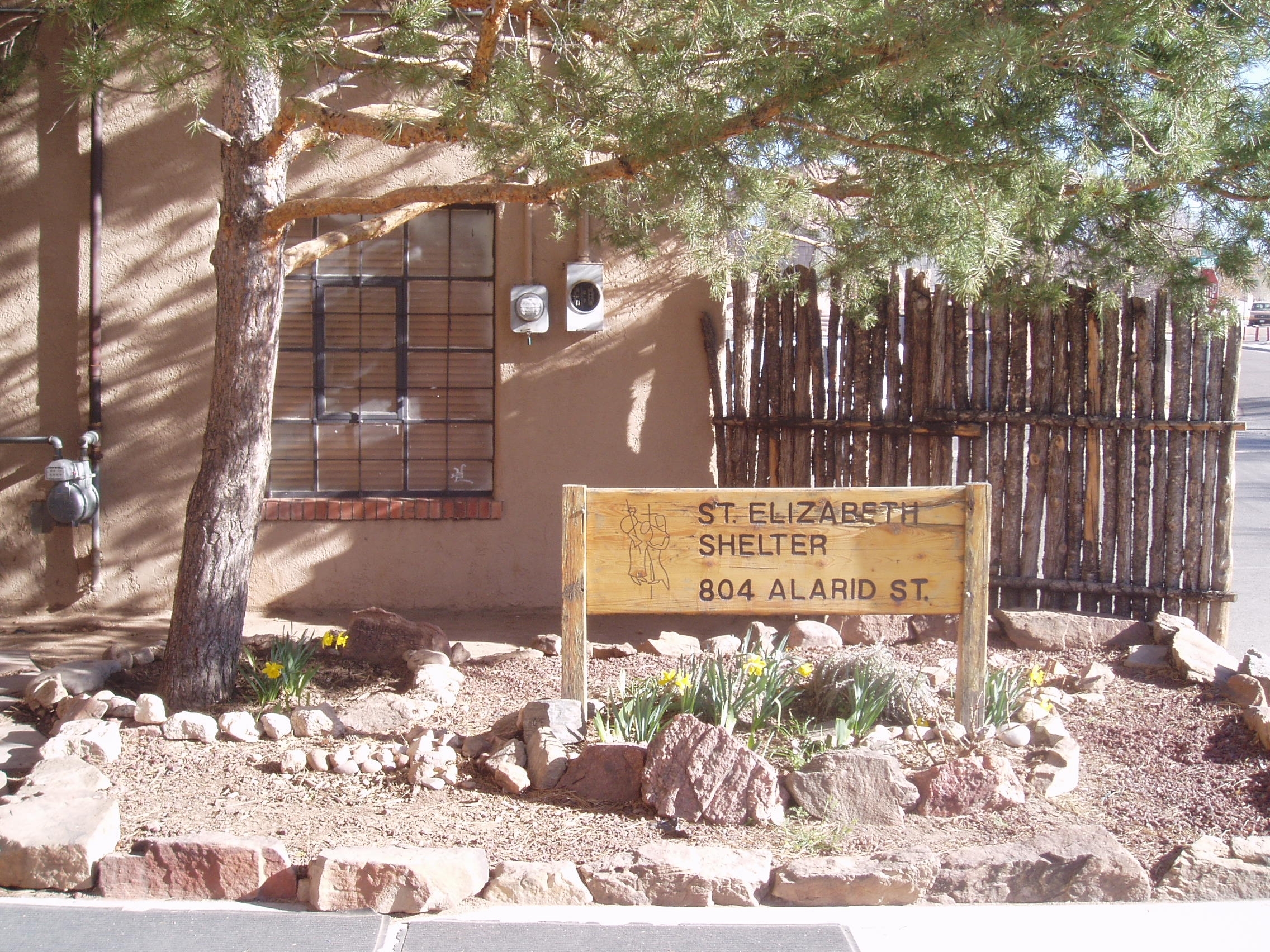 St. Elizabeth Shelter first opened in December 1986 in response to a community-wide interfaith commitment to address the growing needs of homeless people in Santa Fe. S. Shirley Le Blanc and the Sisters of Charity were fundamental in both planning and operations in the early days of the shelter.

Important to S. Shirley was the naming of the shelter, honoring St. Elizabeth Seton. Among the residents, staff and guests it became affectionately known as St. E’s. “Elizabeth surely accompanied us in those founding years and struggles; she saw us through,” S. Shirley stated. “Two years after we first opened, St. E’s had received enough donations to buy another, better-suited building which continues to offer the shelter’s services today.”

With the opening of the permanent facility in 1988, every item of bedding was donated as well as every piece of furniture, every item of clothing, electrical services (when needed), repair persons, even fire extinguishers, mail services, van and the endless supplies needed to run the shelter.  Those unable to donate time were very generous to reach into their pockets to give their support. It was a definite faith experience for all affiliated with St. E’s! Many in the Santa Fe area came to realize that by some crisis in one’s life any person can lose the ability to cope and sadly have no support system to make it back to independent living except for what homeless shelters can provide.

S. Shirley views her eight years as founder and director of St. Elizabeth Shelter as her greatest ministry achievement, one of which she is very proud. By 1989, however, she was experiencing burnout, finding it hard to navigate the long days. What was most important to S. Shirley in passing this important ministry on was for it to have a lasting impact. She was able to turn the leadership over to a competent successor, a strong Board and a well-planned housing and development program that has endured and grown in the years since.

This past December 2021, from its humble beginnings, St. E’s celebrated its 35th anniversary. Currently the shelter operates five separate facilities, two emergency shelters – a men’s shelter and Casa Familia for women and families – and three supportive house programs for the recently homeless, families and adults with disabilities. Combined with outreach services they assist more than 1,000 women, men and children every year, and move more than half those who stay into housing.

S. Shirley is quick to admit that this experience in the mid-1980s definitely changed her. At the end of a day, experiencing sheer exhaustion, she would ask herself in the early days, “Why?” and she would answer herself “Because I can.” She commented, “This has become a lifelong commitment to keep giving and doing in whatever I endeavored to do from St. E’s on. It taught me a lot about humility in that we should never presume we know another’s story.”

S. Shirley readily offers that she can see the influence of what she started still working and meeting needs in Santa Fe today. She says, “Without a doubt, mine and those who journeyed with me in faith, leadership and support can all look back with a deep sense of ‘because we could.’”