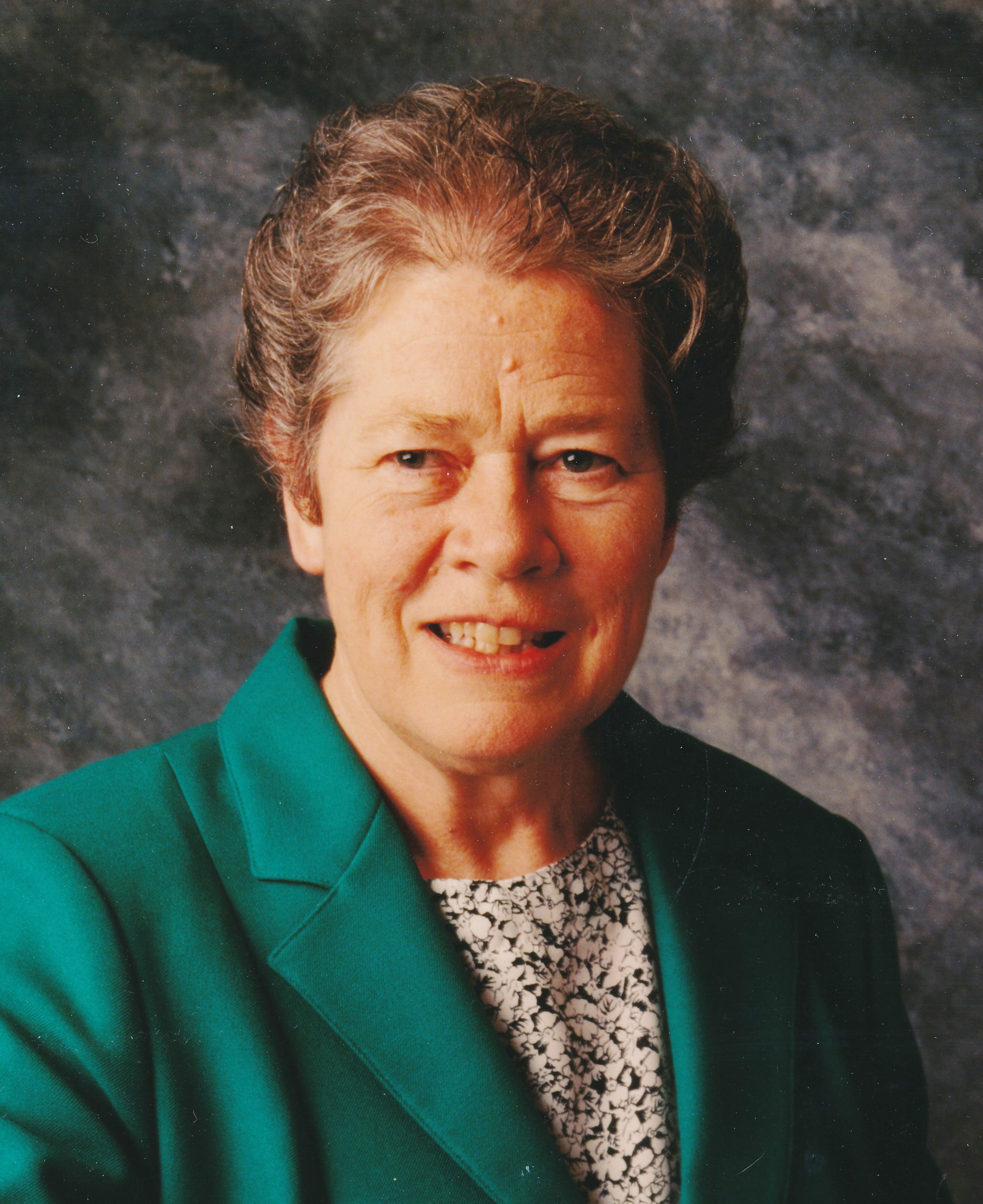 As Congregational Health Care Coordinator, S. Roslyn Hafertepe (left) brought together administrators from all over the country to share ideas and best practices.

Roslyn (Roz) Hafertepe loves to count the blessings she has received throughout her entire life. She credits her parents for instilling in her the values she holds dear: living simply, gathering people together for community-building; serving other people’s needs; fixing things, especially with wood; and caring for our Earth. In fact, all of us SCs have been blessed because Roz has shared those blessings with us throughout her community life.

During her growing-up years, Roz met members of several women’s congregations. Her childhood parish and school was St. Bonaventure. Saint Bonaventure was a feeder school for Mother of Mercy High School, which Roz attended even though Seton was only a few blocks from her home. In high school Roz became acquainted with the Dominicans of the Sick Poor when she helped organize the Dominicanettes, who served the local community under the Dominicans’ direction. In addition, she and her good friend Charlotte worked in the dietary department at St. Francis Hospital with the Oldenburg Franciscans. Then Charlotte, who attended Seton High School and knew the Sisters of Charity, arranged for them to work in the office at Good Samaritan Hospital, Cincinnati. At Good Sam, two Sisters in particular, Sisters Marie Theresa Seidman and Helen Regina Kuss, made a strong impression on her. Roz explains, “They were in touch with this world, but they were not of this world. It was sort of that American spirit within them. They were well aware of the realities around them, and they were also fun people. They enjoyed life, but, believe me, what we did was serious business, and we needed to do it right. That contact started Roz’s connection with the Sisters of Charity and her long association with Good Sam. 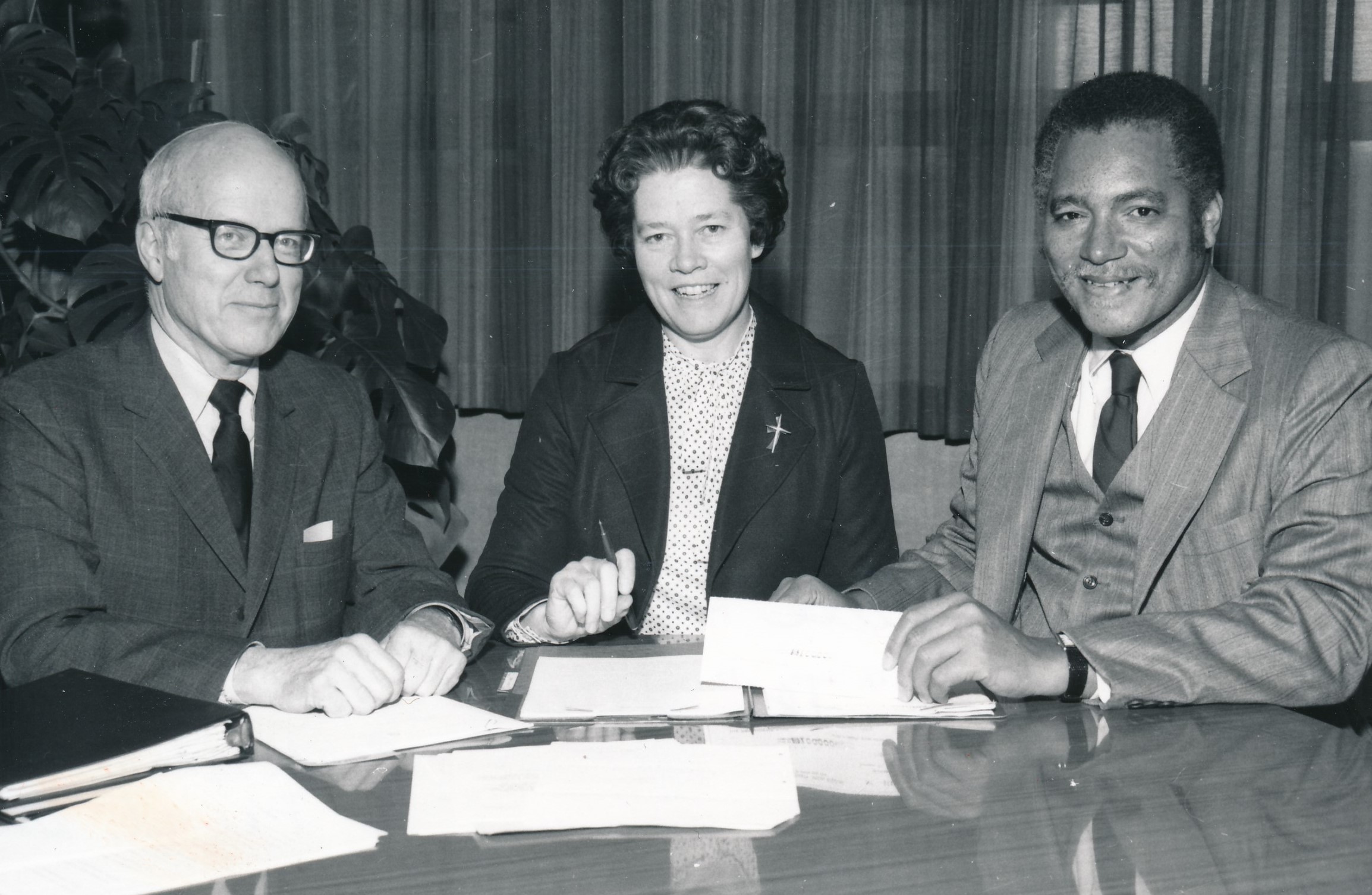 Roz worked for five years at Good Sam, during which many of her friends were being drafted into the U.S. Army while she was enjoying a busy social life. She reflects, “They were making something of their life, and I thought, ‘What am I doing?’” She realized God was nudging her toward the Sisters of Charity. In September 1950, Roz entered the Community, and brought with her the values she had learned throughout her childhood and early adulthood. Just two months later, in November, her brother Edward was drafted into the Army and her parents’ home was suddenly an empty nest. Roz’s mother prayed that he would be safe; when his leg was seriously injured in an accident, her mother’s prayers were answered: he returned home. Ed eventually married, and he and his wife, Alice, had seven children. Once again the family home was the gathering place for relatives and family friends.

Roz’s first mission was at Good Samaritan Hospital, Dayton, in cost accounting. She laughs, recalling her early experience with technology. The accounting office used National Cash Register machines. NCR headquarters were in Dayton, with technical assistance just a phone call away. Once, when Roz had tried unsuccessfully to fix a machine, the NCR technician recommended that she plug it in!

She also served in finance at Good Sam, Cincinnati; St. Joseph Hospital, Albuquerque; and St. Joseph Hospital, Mount Clemens, Michigan. Each new assignment challenged her to learn new skills in accounting, then as head of accounting, Chief Financial Officer, and assistant administrator. During that time she earned a Bachelor’s Degree in Business at the College of Mount St. Joseph and a Master’s Degree in Hospital Administration at Xavier University, Cincinnati.

These experiences gave her valuable opportunities to practice the lessons she had learned from her parents: to live simply, to share what we have with those who have less than we do, to care for our earth, and to bring people together for the sake of friendship and service, especially to those who are less able to deal with political and economic systems. For example, she lobbied the New Mexico State Legislature for payment for services to people who were living in poverty. In Dayton she and S. Frances Catherine Royce, who was an attorney, petitioned the city council for assistance for the poor – particularly difficult and frustrating because the council insisted on handling each request individually. Roz remembers gratefully the lesson Frances taught her: Don’t let the details get you down when council members speak disparagingly of those in poverty. Keep your eye on the big picture and remember the goal: to serve the people on whose behalf we are here.

After Vatican II, when all religious congregations were encouraged to adapt to the world’s many changing realities, Roz brought her learnings from all these experiences to her new ministries in Congregational service. As Congregational Health Care Coordinator, then Executive Treasurer, she brought together the people who served in our different ministries to share ideas and best practices. Roz’s gift for bringing people together led to cooperative steps around the need for accreditation in our educational and health care institutions, expansion in our hospitals and the College of Mount St. Joseph, protection of Congregational assets from liability, consolidation of services in order to manage rising costs. She led efforts to consolidate the purchasing departments in different institutions, centralize our financial investments, invest in Medicare, organize the Corporation Board for Sponsored Ministries, and set aside funds for us to support people in need. Roz credits Congregational Treasurers Sisters Elise Halloran and Mary Assunta Stang with having the vision and expertise to take these collaborative steps.

Throughout her 25 years in Congregational Service, Roz made it a priority to welcome suggestions and explain to the entire Community the realities that were emerging and the steps being taken to “risk a caring response.” These steps have truly been a blessing to us and all those we serve. And Roz continues to share her wisdom and her lighthearted humor as we embrace the challenges that confront us today.