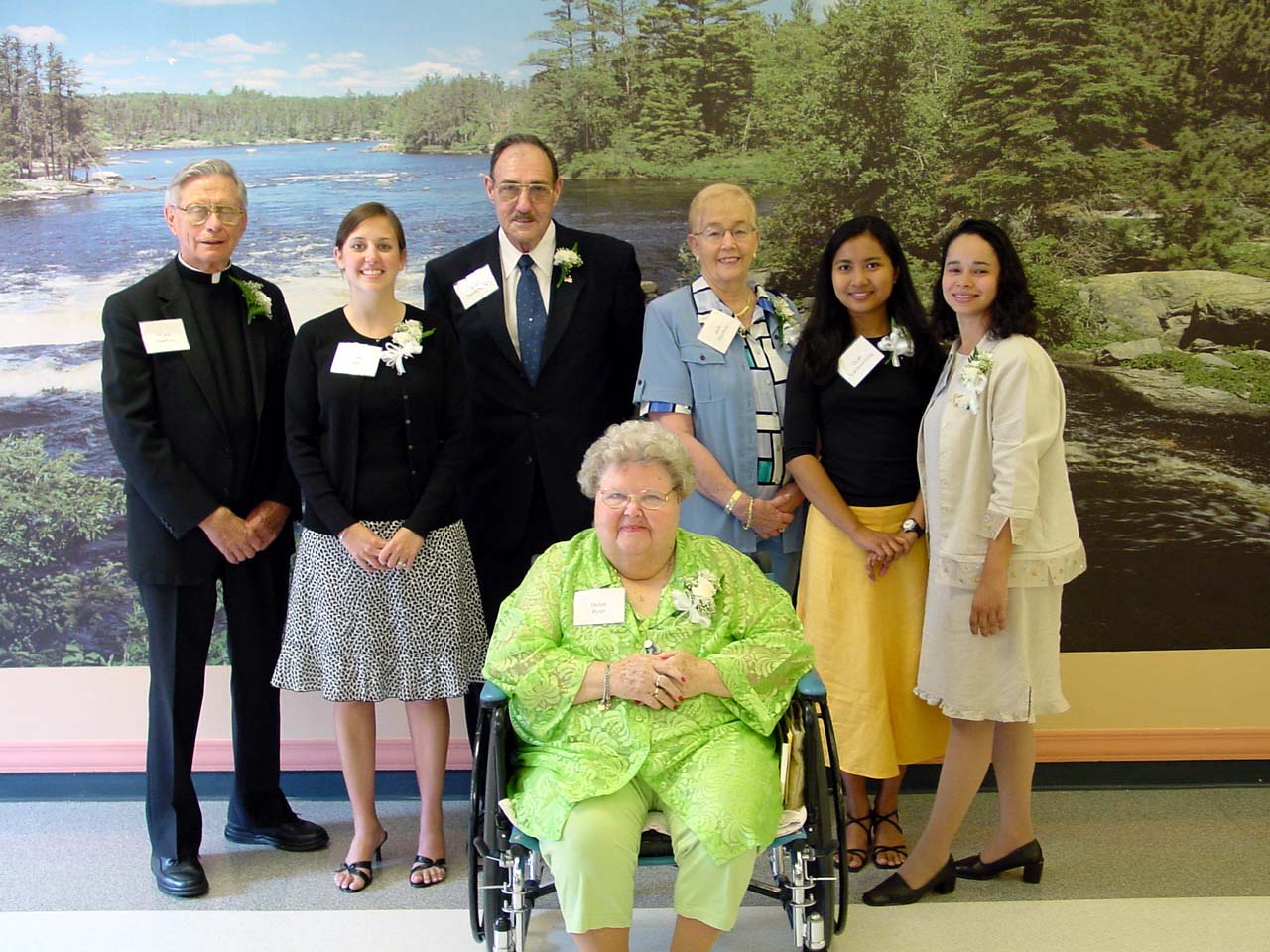 In 2004, at the young age of 19, Mariela Jaen (back row, right) made her commitment as an Associate in Mission of the Sisters of Charity.

Many of our Associates come to know the Sisters of Charity as seasoned adults. You are about to meet our longtime Associate (since the age of 19), Mariela Jaen. Her experience is an immigrant’s story. She was a teenager, born and raised in Las Tablas, Panama. Mariela is one of two daughters raised by a farmer and his teacher wife.

Panama’s history is a troubled one during the 1980s because of the notorious authoritarian drug lord Manuel Noriega who controlled the Panamanian military.  Mariela’s mother wanted her and her sister to leave Panama due to the affect the dictatorship was having on education. The girls applied for several scholarships along with 150 others from Las Tablas. Mariela was one of only three chosen! You can imagine the difficult task of choosing which college out of the entire United States to attend. Thanks to the Cincinnati Reds, Mariela came to Cincinnati and the College of Mount St. Joseph. So in the summer of 1988, Mariela set off for Westside Cincinnati and enrollment at the Mount.

The first Sister of Charity Mariela met was S. Mary Gonzaga Cuni who was a tutor in the English as a Second Language (ESL) program. S. Mary’s help was immeasurable in Mariela’s grasp of the English language and the completion of her degree in four years. As an aside, the Cincinnati Reds won the World Series in 1990! Everyone in Mariela’s family and town were so proud of her and their adapted team. After Mariela graduated with her teaching degree she returned to Panama.

Mariela shares, “During my college years at the Mount, the Sisters of Charity were a foundational part of my growing as an effective educator and a social justice advocate for the ones in need. My first mentors were the Sisters that used to live on the sixth floor of the residence dorm.”

Mariela returned to the United States in 1994. Within five years of her return she married her boyfriend from college, gave birth to daughter, Daniela, and son, Gabe, earned her U.S. citizenship and began her teaching career in Cincinnati.

Mariela met S. Kateri Koverman upon Sister’s return from El Salvador. She took a class from S. Kateri on social justice. Mariela recalls, “S. Kateri opened my eyes to the harm that we Latin Americans have done and continue doing to our indigenous brothers and sisters in Christ. There was no turning back. With the guidance of so many Sisters like S. Kateri, I became a work in progress with my mission to be a voice for people in need, especially for those that share my same native language and culture, the then growing community of Latinx, Hispanic living in the Lower Price Hill areas.”

Next, Mariela would meet S. Margarita Brewer, who is also a native of Panama. Mariela shares, “She became more than a mentor for me; she became a mom.” S. Margarita enlisted Mariela to aide the new immigrant families, mostly indigenous to Guatemala. Mariela’s job was to see to it that the children of these new families were enrolled in school, supported, and attending. The ‘support’ part of Mariela’s job was as translator between the immigrant families and Cincinnati Public Schools.

Associate Mariela Jaen (second from left) said that S. Margarita Brewer (second from right) become much more than a mentor to her through the years.

As Mariela met more and more Sisters, and through them, met many Associates, She felt Association was a way to become more connected to the Sisters of Charity. She yearned to learn more of the SC spirituality and mission. She was able to accompany S. Marge Kloos on a trip to the border where she learned invaluable information about why and how various immigrant groups make the difficult decisions to leave their homelands. And she met all the amazing Sisters living and working in Anthony, New Mexico.

She was able to make a mission trip to Guatemala and learn at the feet of S. Sarah Mulligan. She volunteered with S. Mary Jo Gasdorf at The Women’s Connection where she met immigrants at every stage of their journey. She made retreats, joined small groups, and learned so much from the Associates who were all much older, wiser, and more experienced.

In 1992, S. Kateri had this advice for Mariela, today spoken in her own words. “She told me that my native language was going to be a tool for me to continue the mission that Mother Seton has for me. At the time these words did not make sense to me because I knew I was going back to my country. As a Catholic child from a small town in Panama, I learned about the lives of so many saints, but I did not know who Mother Seton was until I came to the Mount … but Mother Seton knew who I was. It was not a coincidence that I was selected from 150 students from my small town to study in the U.S., to have selected the Mount as my college, and to have the opportunity to meet the Sisters from the sixth floor that summer of 1988. There is no coincidence.”