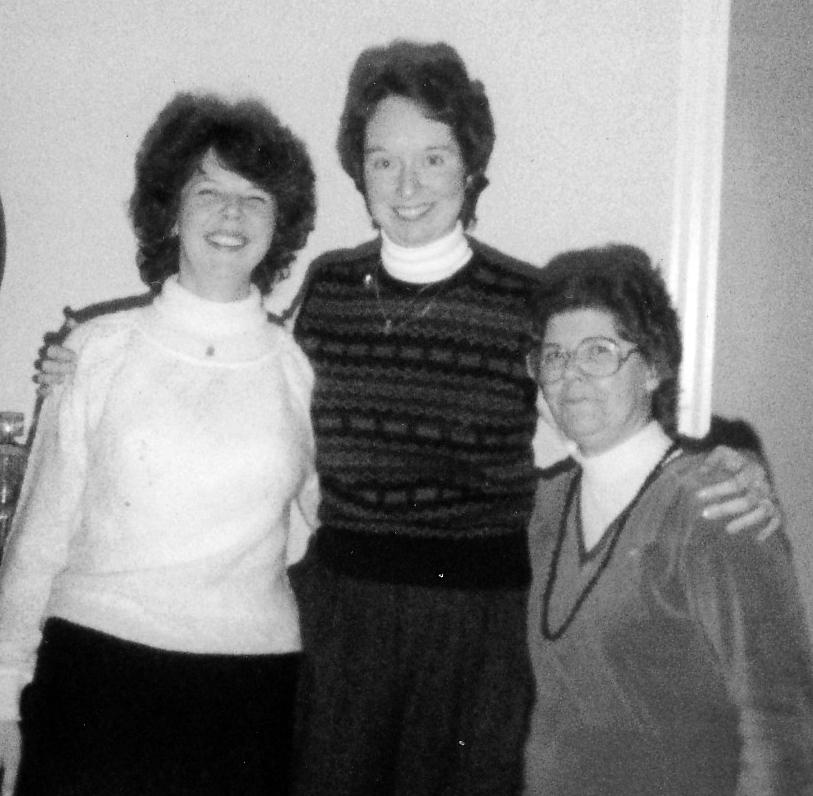 Bethany House Services wouldn’t be the organization it is today without the dedication and efforts of (from left) Sisters Delia Sizler, Mary Stanton, RSM, and Mary Grafe.

In her 56 years as a Sister of Charity, S. Delia Sizler has lived through many transitions in a world and religious community experiencing rapid change. S. Dee has been a teacher, counselor, administrator, founder, social justice advocate, supervisor, proponent of the environment, facilitator, caregiver, tour guide and traveler, advocate and entrepreneur. What has remained with her through these varied roles is that she feels called to initiate new programs and ministries when she sees an unmet need. It’s a calling, a way to ask what is needed here to bring about a better way. What needs to be put in place? How can I help? Hazard yet forward

It began early when teaching second grade at Cure of Ars in Cincinnati. S. Dee started a program for parents of children preparing for the sacraments; many were not church-goers, yet they desired to reinforce what their children were learning. It brought parents back to the faith. In 1981, while serving as the assistant dean of students at the College of Mount St. Joseph, she developed the role of resident assistants (RAs) and became aware of the issue of homelessness among single women as well as the poverty of many families and the lack of services. This led to the inspiration for Bethany House, a homeless shelter for women and children which she began with S. Mary Grafe. Many contributed to its founding and it continues as a necessary presence in Cincinnati today.

Another lure for S. Dee was adult basic education. So in 1986, while working with Vista Volunteers, S. Dee, as director, learned ways of meeting needs of those enrolled in the East End Community Learning Center who were seeking their GED. She was willing to be led by God’s spirit, open to what needed to be in place for an individual’s success.

Twenty years into her SC vocation, burnout hit hard, but after a few months of respite the embers of serving found her responding to a new position at Catholic Community Services in the Diocese of Covington, Kentucky. As a pastoral counselor she focused on helping lay ministers serving in parishes. The impetus from this listening experience led S. Dee to begin her own counseling practice after the grant expired for the Kentucky program. This allowed her to serve low-income families in her own NewSpring counseling practice in Price Hill for the next 17 years. The center was funded by an SC Ministry Foundation grant allowing S. Dee to serve persons with no insurance or to pay on a generous sliding fee scale. While working there she was living at Santa Maria House; she left to start a new house, thinking it could be another place for small community living. Always thinking about new possibilities, she is never deterred by the work entailed. This living space continues for Sisters today, being home for several Sisters over the years as Mayhew House.

The listening to unmet needs continued to find S. Dee’s attention, this time in her own family in 2009 when her sister and brother-law, living in Cleveland, were both diagnosed with cancer and needed caregiving. Her gift for assessing the setting and finding ways to call forth what was needed for her sister’s comfort occurred. It is a gift she developed early on as the oldest of seven in her close-knit, faith-filled family. She closed the counseling service, trusting other services in the area could address the needs that were surfacing and waited for what was next.

At the invitation of the Juneau, Alaska Associates, S. Delia Sizler (left) moved to Juneau in 2010 to serve the people of Southeast Alaska. 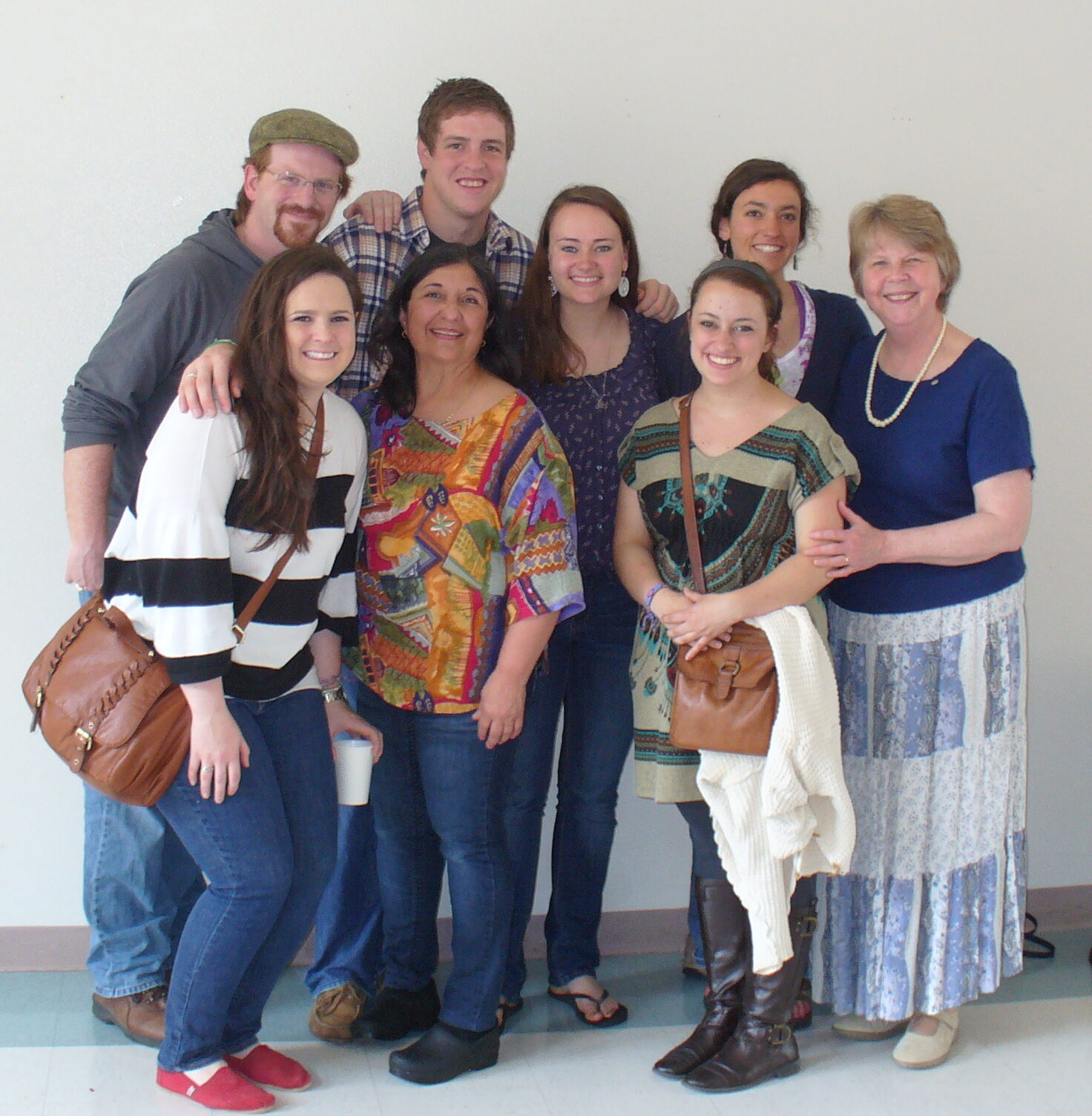 Throughout her years of ministry, S. Delia Sizler (right) has had a gift for initiating new programs and ministries when she sees an unmet need, like the Family Pastoral Service in Juneau, Alaska, that offered spiritual counseling as an alternative to traditional counseling services.

The seeds of the Juneau, Alaska ‘call’ were already being laid when she joined friends on a trip to Alaska and met the SC Associates there. After the death of her sister, the Juneau Associates invited S. Dee to move to Juneau to minister. After prayerful discernment and the support of the SC Community, she answered God’s call, trusting that the God who brought her there would provide. Once again there was a need for a Family Pastoral Service, a women’s shelter and a new venture, creating a home for women released from prison. S. Dee’s gifts for calling forth the necessary skills, the persons willing and the available resources would result in needs being addressed. The challenge of another ‘start-up’ and her ability to see what was needed for it to happen came together. Haven House came into being as a Christian faith-based home for women prisoners as they completed their sentences. Prayer could be a part of the setting and residents willingly nurtured one another’s adjustment. The staff found peer counseling and opportunities for debriefing invaluable skills. In time this interfaith ministry will do its part in becoming a solution to a larger societal challenge – reform of attitudes toward correction practices. Those participating in establishing Haven House made the road by walking; committed volunteers became the heart of the mission. Just prior to S. Dee’s decision to return to Cincinnati in 2017, the facility’s governance board invited two of the tribes native to Southeast Alaska to take over the responsibility for administering Haven House. It remains a labor of love.

Currently S. Dee ministers part-time as a chaplain at Crossroad Health Center in Over-the-Rhine, serving as their spiritual presence. Her responsibilities are primarily to the staff of 40 medical professionals, including doctors, nurse practitioners, registered nurses and staff. She gets to work with a variety of persons from other countries and cultures.

Throughout her years of ministering S. Dee has remained active in parish life as lector, Eucharistic minister, parish council or worship committee. She gave service early on as a board member of Western Wildlife Corridor, feeding her passion for the environment locally, and helping to preserve our own beautiful SC hillsides. She was involved with the early Auxiliary members to the Community and has found her relationship with co-members/Associates enriching for her life as a vowed member. The growth of Associate vocations has been a joy for her. Involvement and support of difference-making programs has served as a source of growth, learning and healing for S. Dee.

In summing up her years of such varied ministries S. Dee would say that it has been about families, their struggles and their needs. A motto that has served her well and has remained true for her – I did what I could; I took the stage, I sing a song and then I leave the stage. She believes that she has a sense of when the time is right to begin, to listen, to affirm the gifts she sees in another and then let go. She remains grateful to God for being able to identify the pieces that need to be present or the process that needs to be in place for a startup to launch. She would say, “It’s God’s work. I may be important, but not that important.” Hazard Yet Forward.