“Friendship has the skill and
observation of the best physician,
the diligence and vigilance of the
best nurse and the tenderness
and patience of the best mother.” 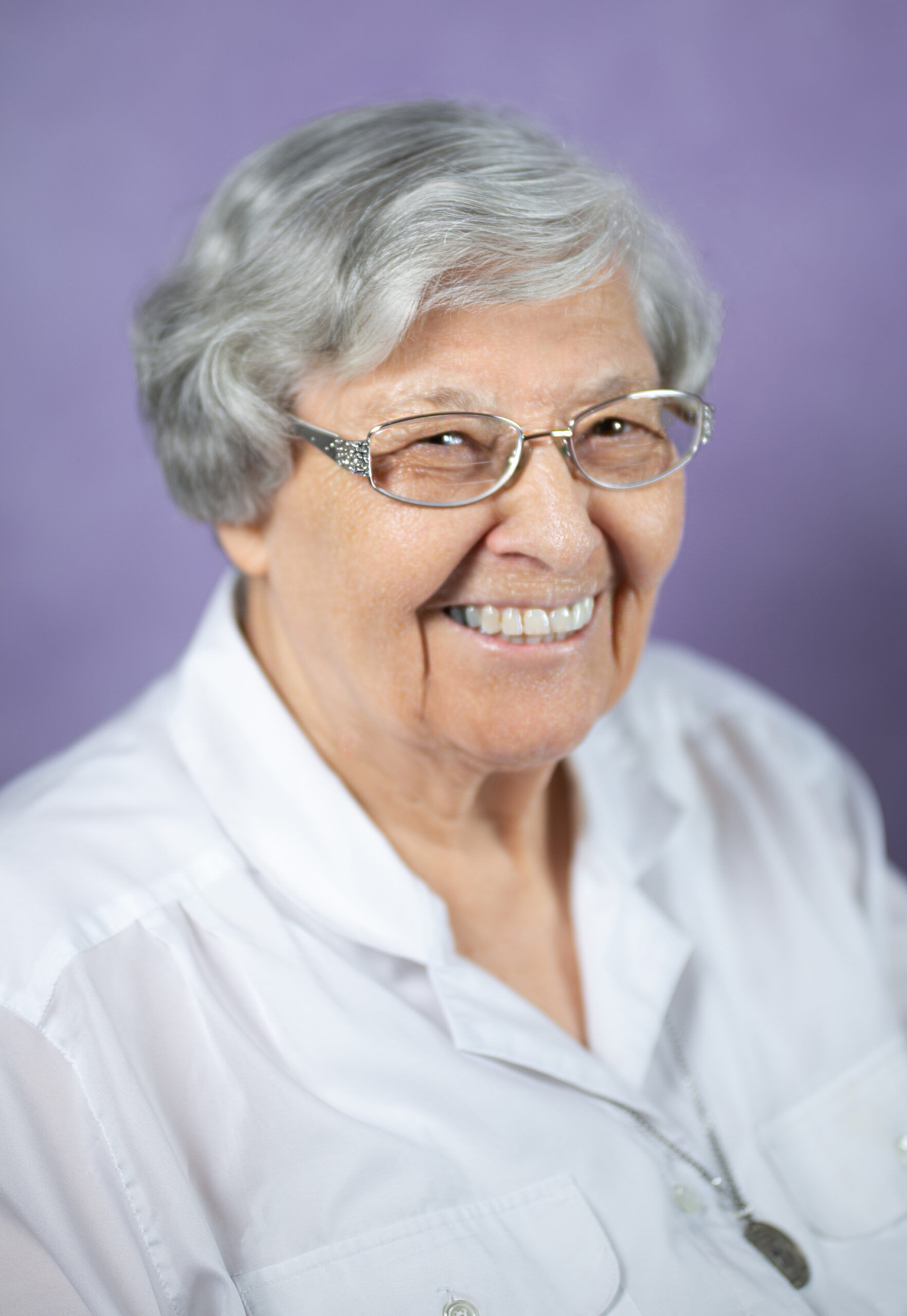 S. Ann David Wojtylka died Dec. 25, 2022 at the age of 90 in Mother Margaret Hall, the nursing facility for the Sisters of Charity, Cincinnati, Ohio. S. Ann David was born on Sept. 7, 1932 to Frank and Mary Anne (Pospahala) Wojtylka in Cokedale, Colorado. She was the younger of two children. She was a Sister of Charity for 67 years.

S. Ann David grew up in Cokedale, a small mining town in rural Colorado, attending Cokedale elementary school and graduating from Holy Trinity High School, Trinidad, Colorado, in 1950. In 1952, she received an Associate of Arts in Business from Trinidad State Junior College, putting the degree to work at a credit corporation and then as a secretary to the administrator of Las Animas County High School System. S. Ann David chose to enter the Sisters of Charity in September 1955. She was attracted to the Sisters she came to know at Holy Trinity High School and admired the life they had chosen.

S. Ann David earned a Bachelor of Arts degree in education from the College of Mount St. Joseph in 1957 and a Master of Arts in business education from the University of Detroit, Detroit, Michigan, in 1967. She also earned a Certificate in Theological Studies from the Jesuit School of Theology, Berkeley, California, in 1983.

In 1983 Sister Ann David took a break from the teaching classroom and earned her Certificate of Theological Studies from the Jesuit School of Theology in Berkeley, California, a welcome refresher for all that was happening in the Church. She then served as a receptionist/secretary at Guardian Angels parish, Denver, Colorado, while she helped care for her aging parents. With her father’s death it became necessary for her to move to the Pueblo area and supplement her mother’s care while working as a secretary in the Women’s Resource Center at St. Mary-Corwin Hospital, Pueblo, Colorado. She also served as a member of the Geriatric Assessment Team. When moving to part-time ministry Sister Ann David managed the St. Mary-Corwin Hospital volunteers and worked in the Finance Services area.

For her retirement years S. Ann David lived in Pueblo offering her services in the marriage tribunal office at the Diocese of Pueblo and volunteered for S.E.T., a community-based health and human services agency. In 2015 she moved east to be nearer to her Sister of Charity Community and appreciated the opportunity to slow down and give more time to reflection and reconnecting with her Sisters.

Friend S. Victoria Marie Forde shared, “We taught together in Albuquerque and she was well-liked; I had the privilege of doing her oral history recently which revealed to me a loving daughter, a caregiver for her mother who needed special attention.  May Ann now rest in God’s peace.”