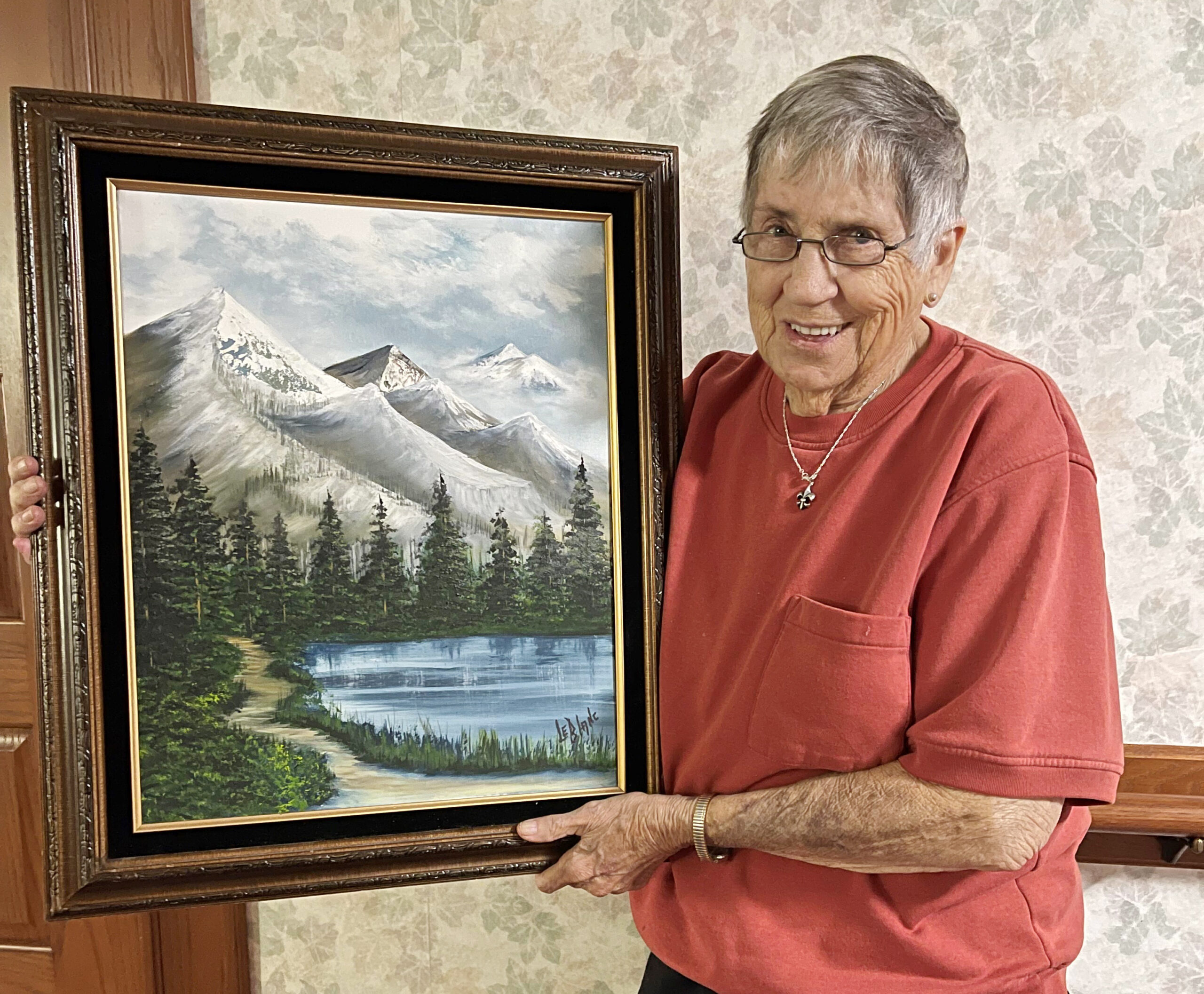 This year Sister of Charity of Cincinnati Shirley Le Blanc celebrated 40 years with the Community. Entering in January 1982, the Louisiana native has enjoyed a variety of ministerial experiences throughout the years. Today she resides at the Mount St. Joseph Motherhouse volunteering and sharing her many talents with all she encounters.

Can you share a favorite memory of your early days with the SCs in Santa Fe, New Mexico?

Always and ever is the memory of how inclusive the Sisters of Charity in the West were in my early days. I thought early on that their robust lives, ministries, and connectedness were due to the fact that they were so far away from the core of community (Cincinnati) but over the years it proved to be a powerful dynamic of who they were down to their core.

When you hear someone say “Sister of Charity vocation” what words come to mind?

One knows who they are and are waiting for the moment of grace when they are able to say “yes” to responding to God’s beckoning. Maybe it happens differently for others but I can still recall the moment it happened for me. The moment was one of freeing me from having absolutely no reason not to say yes. I could choose freely and without inhibition.

Who are several of the Sisters of Charity who have influenced your life over these 40 years? How?

I owe a debt of gratitude to S. Patmarie Bernard who introduced me to the SCs at St. Joseph Hospital. She was very astute in teaching the Sister of Charity history and any other query I had about the SC way of life. She introduced me to all the other SCs in the school system there (Jeannette Cochran, Ann Reimond, Peggy Deneweth, Annette Frey, Grace Catherine Aufderbeck, and the Sisters at San Felipe de Neri). They all shared the same dynamic of robust enjoyment of one another, commitment, sharing, belonging to a powerful energy. I went on from there to join the Community and engage in a variety of ministries. S. Betty Finn was paramount in walking with those of us who entered later in life and when community life itself had gone through a great impactful transition.

As a resident of the Southwest in Santa Fe how did/do the residents view the Sisters and their ministries?

I would say they viewed women religious with much reverence from the SCs to as far back as other women religious communities serving in Santa Fe. They served the poor, worked in hospitals and taught schools – all the Sisters were loved by the connected communities. Their stories about life in the West were sometimes viewed as very humorous but underneath was a fierce love of the poor, indigent people of God.

From the early, growing-up learnings in your family, how have you fostered and incorporated those early – most important – life lessons in your SC life?

A huge life-long learning was the gift of my parents who lived, taught and handed down the importance of “generosity”; a giving from the core of our being. It was easy to reach out to those in need without hesitating because we lived that. Wanting to help others was the best inheritance anyone could have ever received. I remain most grateful!

What gives meaning to your life now, day-to-day, post-jubilee?

Retirement is hardly anything as I had imagined. First, I never thought I would live with so many women – at least I didn’t sign up for that! But, now I lovingly embrace each one of them. I currently volunteer, i.e., teaching oil painting classes at Mother Margaret Hall, facilitating a Drum Circle, playing pokeno on Saturday nights, joining our Rosary Group, organizing seasonal parties, and volunteering for St. Vincent de Paul.