A Call Within a Call 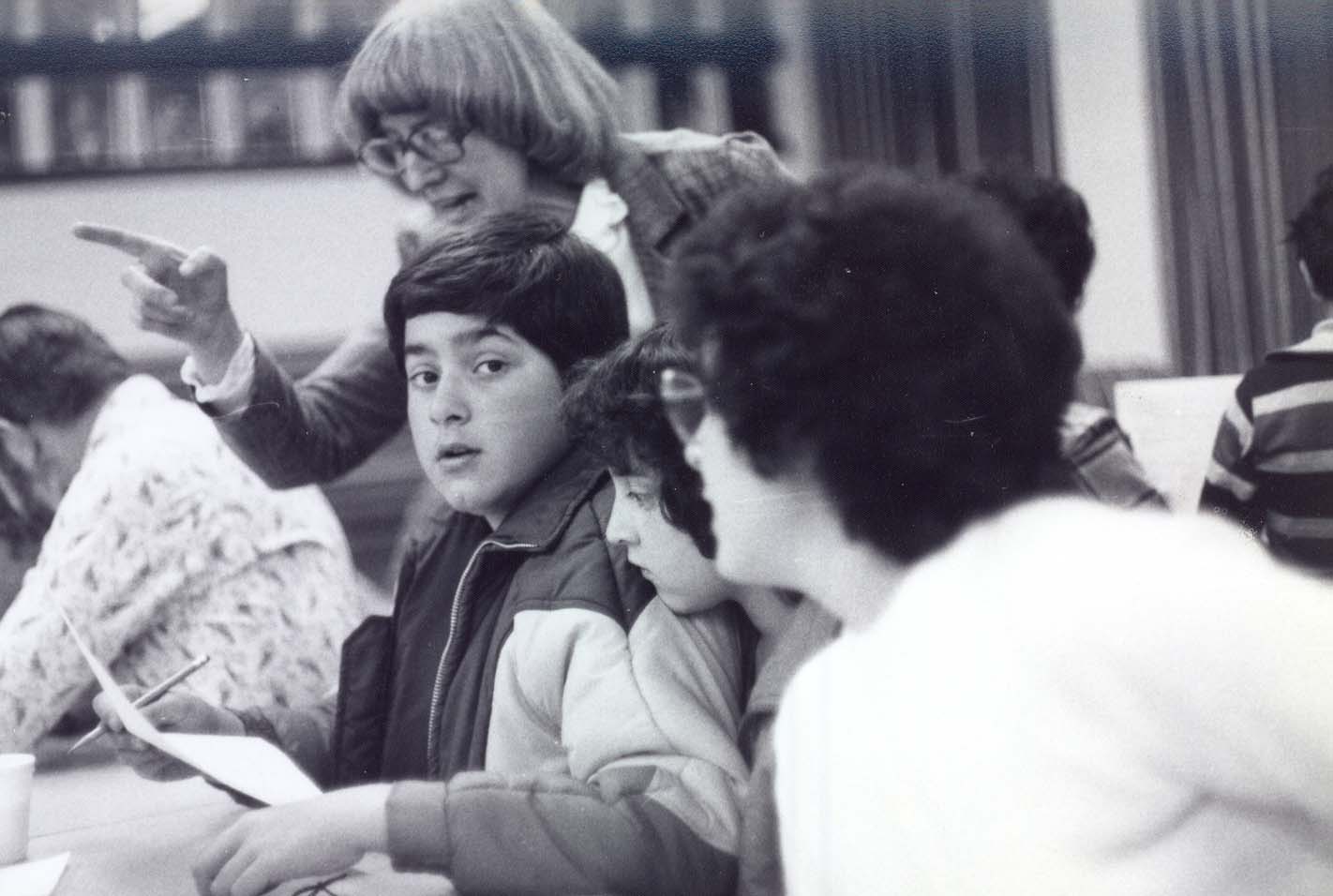 From 1975 until 1981 S. Laetitia Slusser served as the religious education coordinator for Holy Trinity parish in Westminster, Colorado.

“In every one of my teaching experiences I have learned more from the students than they have learned from me. Students have enriched my life.”

Throughout her 70 years as a Sister of Charity, education has played a most important role in S. Laetitia Slusser’s life and ministries. She credits the Community in which she entered in 1952 for providing her with the educational opportunities she has so much enjoyed.

With a bachelor’s degree in education and master’s degrees in religious education and theology, the Colorado native began her ministry years as an elementary teacher at schools in Ohio, New Mexico and Colorado. Speaking about those first years in parish schools, she says, “One of the students I taught in Albuquerque in the 1950s dedicated his book ‘Math Without Fear’ to me and S. Frances Marian (S. Dorothy Werdman). … The dedication said, ‘To Sister Laetitia and Sister Frances, my first and best math teachers.’”

In 1962, the year Vatican II convened, S. Laetitia joined nine other Sisters of Charity who were studying theology at The Catholic University of America in Washington, D.C. “The experience … was absolutely exhilarating,” she says. “We studied the documents [of Vatican II] as they were being published. For me it opened up a whole new world. I went there thinking that Catholics interpreted Scriptures literally. I did not know the importance of conscience and I had no idea of the historical development of anything.”

In 1970, Sister began a new ministry as the religious education coordinator for St. Pius X parish in Aurora, Colorado, and then at Holy Trinity parish in Westminster, Colorado. “My years of teaching adults, particularly catechists were immensely rewarding and enriching,” she said. “When people attended classes, sacramental preparation programs or intergeneration catechesis, I witnessed them blossoming and many were empowered to minister in other areas in the parish or community. I loved seeing plans grow and was even more thrilled to see people grow spiritually and become excited about faith.”

She was particularly proud of initiating the conversion-oriented JustFaith experience in the Pueblo Diocese. Rigorous but worth it, she said, “I found it comparable to the RCIA processes that I led in parishes. Somehow I would get converted all over again through being with the people going through the process.”

In 1986 Sister became assistant professor of catechetics in the pastoral ministry department of St. Thomas Theological Seminary in Denver, Colorado. She held the position for 10 years until the seminary closed in 1995. She then returned to parish life and served as a pastoral associate at Nativity parish in Broomfield, Colorado, and then as director of religious education for three parishes in northeastern Colorado until 1999. 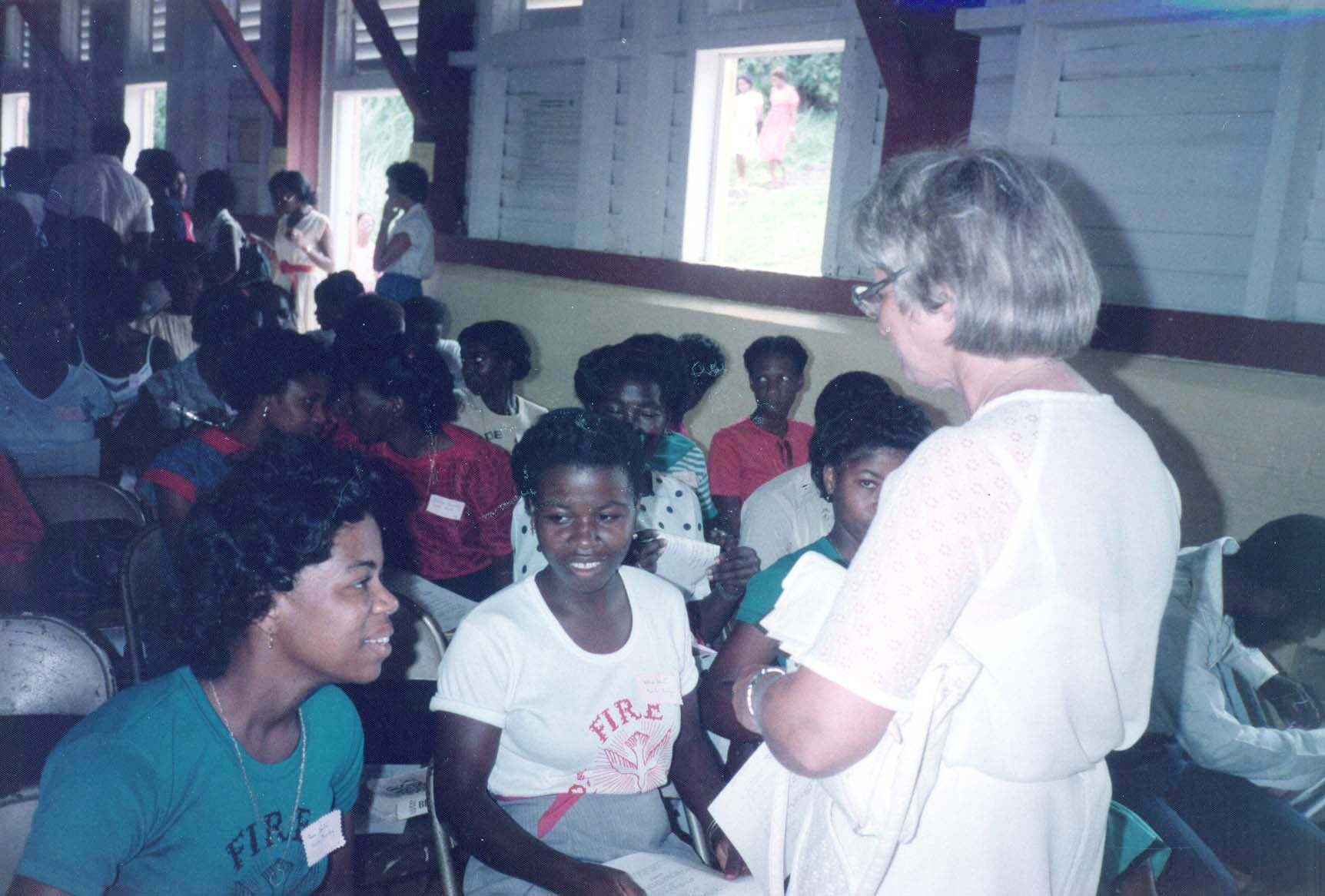 S. Laetitia Slusser had the opportunity to have ministry experiences in developing countries, including St. Lucia in the West Indies in the 1980s.

Throughout the years S. Laetitia had the opportunity to have ministry experiences in developing countries. In the 1980s she accepted an invitation to teach in the summer ministry school in St. Lucia in the West Indies. “About 100 young people attended the ministry school in Castries and were supposed to return and take on leadership in their villages,” she recalled. “I found the poverty there to be extreme.”

And in the summer of 1999, S. Laetitia joined S. Mary Gallagher in Latvia to teach catechists. “These poor people had been behind the iron curtain for 40 years,” she said. “We went to three dioceses there at the invitation of a Latvian bishop. Approximately 70 catechists showed up at each place. They wanted to begin at 7 a.m. and go until 5 p.m. and then come back at night. We stayed a week in each diocese teaching five days a week and they found something special for us to do on weekends like giving them a retreat. We gave every participant a Bible in the Latvian language, paid for by the Sisters of Charity, and they cried when we handed it to each individual and said a prayer for them.” 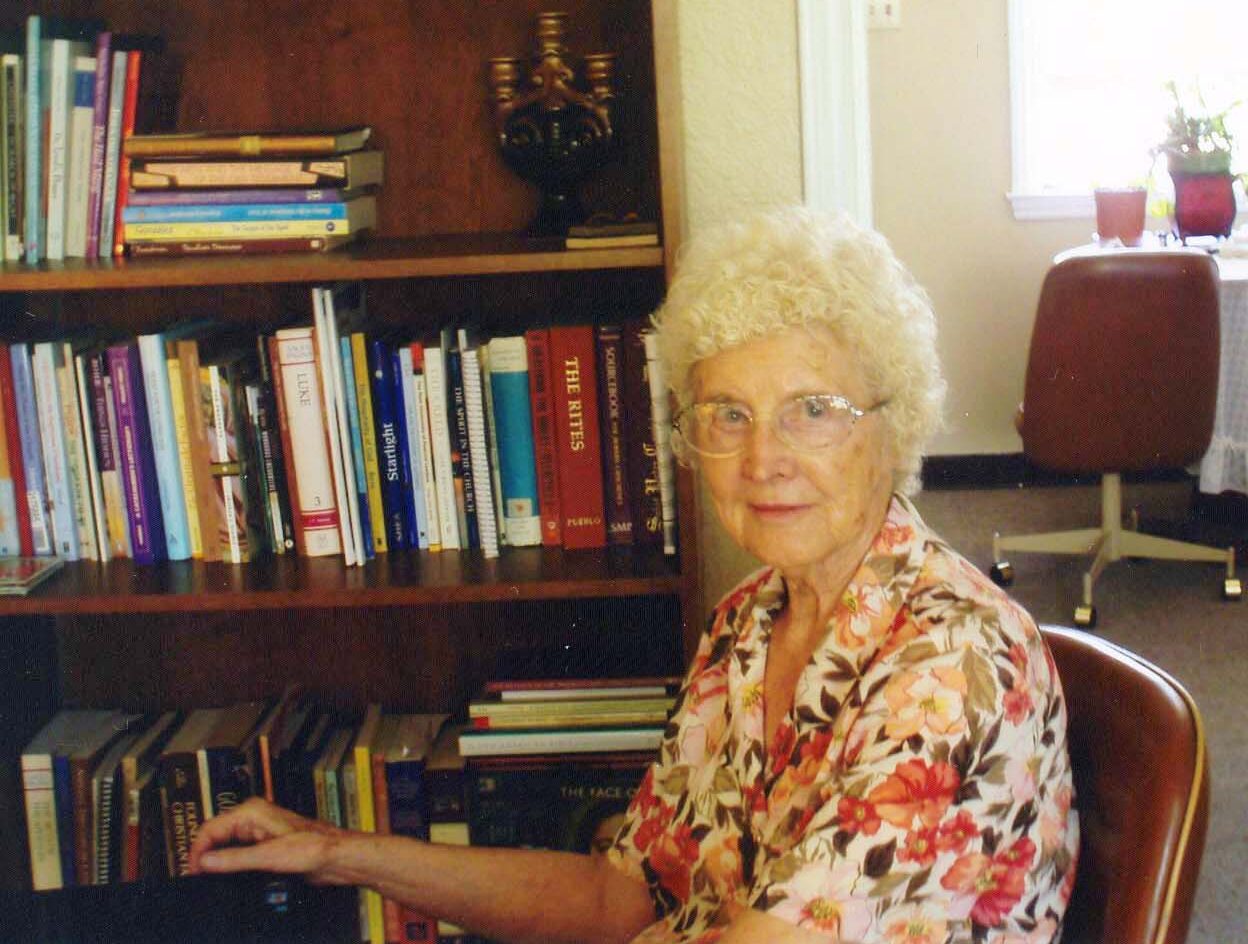 In recent years S. Laetitia Slusser facilitated online courses for the University of Dayton and the Diocese of Pueblo.

Following her return to the states, S. Laetitia served as the coordinator of formation and catechesis for the Diocese of Pueblo until 2004. In this role she trained DREs, served on the Deacon Advisory Board, visited deaneries, implemented directives, coordinated education for youth ministers and revised diocesan guidelines. With her education and extensive experience, S. Laetitia contributed to numerous catechetical journals and publications throughout the years, including a series of articles on multiculturalism in parish religious education programs. She received many awards for her years of teaching, including the Papal Medal from the Diocese of Pueblo and the Director of Religious Education of the Year Award from the Archdiocese of Denver, to name a few.

As she transitioned toward retirement, S. Laetitia found new ways to continue her ministry of education. She traveled the Diocese of Pueblo ministering to the Hispanic, poor communities across six deaneries spanning from Utah to Kansas to New Mexico and Colorado. “I got to know the people and found out they mostly wanted encouragement and appreciation,” she said. “I worked as hard as I did on a full-time salary. There were so many requests for catechist formation; I taught deacons, gave retreats, and led Bible studies. I have always worked hard, but it’s something I loved and so I could get into it. My life has been that of a teacher. It has been a holy thing for me to teach.”

She also began facilitating online courses for the University of Dayton and the Diocese of Pueblo, saying her passion and enjoyment in continuing to learn were the reason for initially diving into the ministry. “I’ve had an enriching life of education and opportunities to grow spiritually and I didn’t want to stop any of that,” she added.

In looking back at her 70 years as a Sister of Charity this fall, words S. Laetitia wrote years ago continue to ring true, “My life as a Sister of Charity has been meaningful and fulfilling. I don’t think I would have had such rich experiences of relationships, education, travel opportunities and spiritual growth, had I not entered the convent.” And the millions of lives she’s touched in these 70 years are forever grateful she did.

Editor’s Note: Much of the information in the above article is taken from an Intercom article written by the late S. Frances Maureen Trampiets. 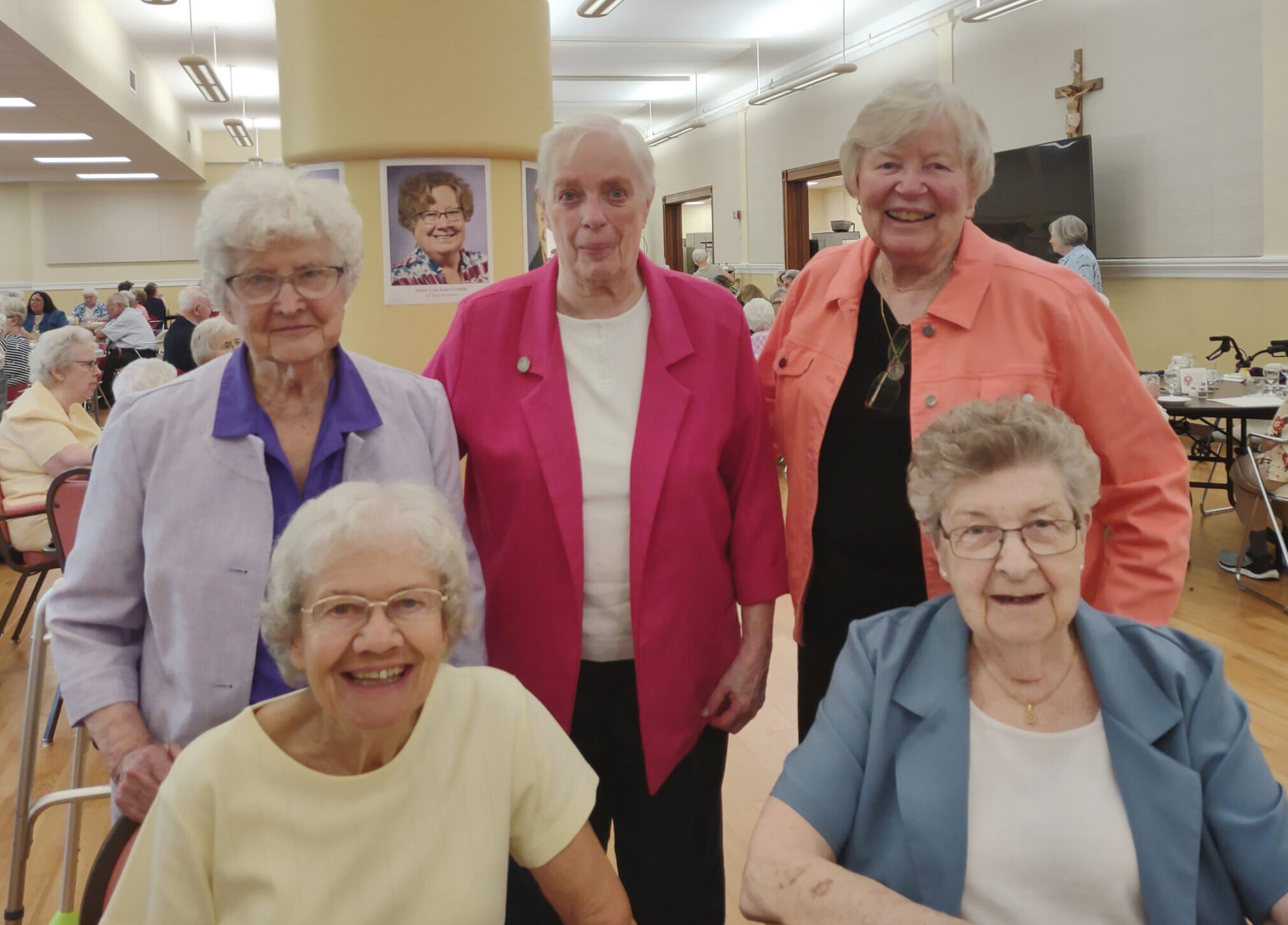