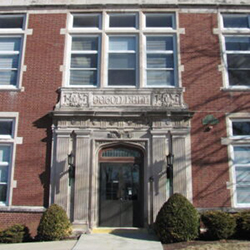 In February the Sisters of Charity began their final farewell to Seton Hall. After SC President S. Pat Hayden took the ceremonial first swing, Sisters and employees watched on as the building was officially razed in a month’s time. The following video is a fitting tribute to the building that faithfully served as a home to Sisters and friends of the Community for more than 90 years.