How do I know if God is calling me to religious life?

Every woman embarking on a journey of vocation discernment asks herself this question. There is a real desire to know for certain, to be free of any doubts, to have absolute clarity about “the call”. But of course that desire is rarely if ever fulfilled!

I think that one of the best signs that God is extending the invitation to explore a religious vocation is a deep desire that the priorities of one’s life will be set by the relationship with God. Everything else: family, service/ministry, friendships, lifestyle will flow from that primary commitment to a deep relationship with God in the context of our Catholic faith.

The ancient exclamation, “My God and my All!” expresses the basic desire that one hopes to be completely given over to the quest for God: body, mind, heart and soul. For those who are called there is a growing realization that as beautiful and fulfilling as married or a dedicated single life is – something more is desired. And very often there is as much fascination as fear that “perhaps God is calling me!”

Why are there so many different kinds of Sisters?

Communities of religious women have existed in the Catholic Church since at least 200 AD – and maybe even earlier! (See St. Paul’s first letters to the Corinthians 7:32-35 and to Timothy 5:9-15.) Each religious order was founded to meet the needs of the Church of a particular time and place. Some of these groups dissolved when the needs of the Church changed. Others are still around today, bearing the mark of the time and place they were founded.

In addition, many orders attracted certain kinds of women rather than others. Some 19th century American communities had mostly German or German-American sisters; some had Irish or Irish-Americans; some Polish, some Slovenian, etc. Some orders taught mostly upper-middle class students in academies; others taught poor or working-class students – many of these students entered the order whose sisters taught them. Some orders did mostly teaching; some did mostly nursing; others did all sorts of ministries. All of this has resulted in some subtle differences between orders.

Finally, communities interpreted the Second Vatican Council’s call to modernize themselves in different ways. So some sisters still wear habits and perform the traditional teaching/nursing/social service ministries they used to perform, while others have moved into new ministries.

So how many different kinds of Sisters are there?

Here are the basic kinds of religious orders or congregations (the official term is “Consecrated Life”) today:

How do you get to be a Sister?

Becoming a Sister is a gradual discernment process. It begins with being open to God’s call and willing to explore where God might be leading. Listening in prayer, talking with trusted friends, family members, religious sisters and brothers, or priests, and gathering information about congregations that seem to be appealing to you are all part of your discernment. (live link for our discernment page) Finding that possible “match” between you and a religious community can take quite a while and can seem overwhelming at first. The vocation directors of religious congregations are experienced in this process and can help in your search. Vocation directors want to help you find where God is calling you as much as you do – no one will pressure you to enter a religious community if you don’t feel called there!

Once you and the congregation have mutually agreed that you are called to explore with them, you enter a time of initial discernment. This is a time of getting to know the community at various levels. It might include live-in experiences or retreat weekends. The focus of this time is to explore your call in the context of a particular religious charism. Congregations differ in what they call this time and how long it is. The Sisters of Charity of Cincinnati call this time “Pre-Entrance” and it generally lasts for 12 months.

After the period of initial discernment, if there is still mutual agreement between you and the congregation that you might have a call to become a vowed member, you begin the next step. This involves moving into a local community setting with the Sisters. You live with them and experience the vowed life on a day to day basis, continuing in your ministry and still financially independent of the congregation. This is usually a one or two year period that we call Affiliation. (Other congregations call it Postulancy, Candidacy, etc.) It is a time of deepening discernment to help discover your vocation.

The next step towards becoming a Sister is Novitiate. During one year of Novitiate you are immersed in prayer, and in the study of the vowed life and the charism, mission, and history of the congregation. During this first, “canonical” year, novices do not work in a ministry or apostolate, in order to have the time for this prayer and study. A second Novitiate year helps you to integrate your learnings while resuming ministry or preparing for a new ministry. Novitiate culminates in the profession of temporary vows of poverty, obedience, and consecrated celibacy.

As a Sister with temporary vows you are still in the discernment process! You continue to listen for God’s direction as you live the vows you have professed, eventually making a life commitment if you discern that it is God’s will. The entire process usually takes about ten years so it’s really a careful decision. One thing you will discover as you talk with Sisters young and old: We are always becoming Sisters as we respond to the grace of God’s continued call.

Why don’t you wear habits?

When St. Elizabeth Seton adapted St. Vincent’s Rule for the American Sisters of Charity in the early 1800s, she and her sisters wore the black dress and bonnet that widows wore in those days. (Mother Seton herself was a widow with 5 small children.)

It is true that, at some times and in some places, the Sisters of Charity have worn a habit and veil, and some still do so. But the habit and veil were not part of our charism in the beginning. 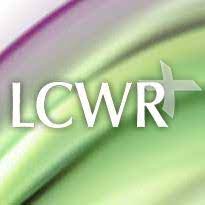 The Sisters of Charity support the following public statement issued by the Leadership Conference of Women Religious. May the coming Advent season draw us into deep reflection about the incarnational presence of God, moving with and through humans as non-violent compassion. What can we do, individually and collectively, with this power of God’s incarnational presence to extinguish the violent and troubled crevices of our collective humanity?