The United Nations Protocol on Human Trafficking defines human trafficking as recruitment, transportation, transfer, harboring or receipt of persons, by means of the threat or use of force or other forms of coercion, of abduction, of fraud, of deception, of the abuse of power or of a position of vulnerability or of the giving or receiving of payments or benefits to achieve the consent of a person having control over another person, for the purpose of exploitation.

The United States Conference of Catholic Bishops (USCCB) states that human trafficking is a horrific crime against the fundamental rights and dignity of the human person.

Pope Francis’ position regarding modern slavery is clear: “When any man, woman, or child is enslaved anywhere, it is a threat to peace, justice, and human dignity everywhere. I exhort the international community to adopt an even more unanimous and effective strategy against human trafficking, so that in every part of the world, men and women may no longer be used as a means to an end.”

The U.S. State Department reports that every country in the world is affected by trafficking. The United States is no exception, serving as a source, transit and destination country for men, women and children – both U.S. citizens and foreign nationals.

According to the United Nation’s International Labour Organization,

Why is Human Trafficking So Prevalent?

Traffickers lure vulnerable women, men and children with false promises of good jobs, an education, economic security and even love. Once lured, the traffickers are able to keep their victims from seeking help by confiscating identification documents, using threats of violence against the victim or their family, as well as subjecting the victim to physical, psychological and/or sexual abuse. No sector or industry is immune from human trafficking. Victims have been identified in factories, restaurants, construction work, agricultural fields, hotels, spas, nail salons, and even private residences. USCCB

The Catholic Church’s vehement opposition to human trafficking is rooted in principles of Catholic social teaching, central to which is the sacredness and dignity of human life, and in the Catechism of the Catholic Church which “forbids acts or enterprises that, for any reason, lead to the enslavement of human beings – to their being bought, sold, and exchanged like merchandise, in disregard for their personal dignity.”

For over a decade the (USCCB) has been a leader in the U.S. and global response to human trafficking, and has even established an Anti-Trafficking Program within the Migration and Refugee Services Department to coordinate the response of the U.S. Church.

What Can We Do?

Learn More
Visit the US Department of State/Modern Slavery, The Global Slavery Index, and Polaris to learn more about human trafficking.

Take the Slavery Footprint Survey to find out how you may be unknowingly supporting slave labor. Learn what you can do about it by visiting CRS Fair Trade. Learn how your favorite brands are working to address forced and child labor at Free2Work.

Engage your elected officials. Ask what they are doing to combat human trafficking and press them to take action against this issue in your community and across the nation.

Observe the National Day of Prayer for Victims and Survivors of Human Trafficking on February 8, the feast day of St. Josephine Bakhita.

God of all peoples, awaken our hearts and deepen our commitment to work for a world where every person is free and able to live their lives fully and joyfully.

We ask for conversion of heart for human traffickers and for strong laws that protect victims.
Help us to grow in our awareness that we are all connected.

Give us wisdom, inspiration, and courage to stand in solidarity with our sisters and brothers who are victims of human trafficking.

Guide us as we continue to work to bring about awareness of human trafficking and to end the demand of this form of modern-day slavery. Amen

Report Trafficking
Report any suspected trafficking, exploitation, or suspicious activity to the National Human Trafficking Resource Center Hotline at 1-888-3737-888. If a victim is in urgent need of assistance, please contact law enforcement immediately.

You will be able to view the Mass at 10 a.m. by CLICKING HERE or watch the archived mass on the Sisters password-protected section of the website. 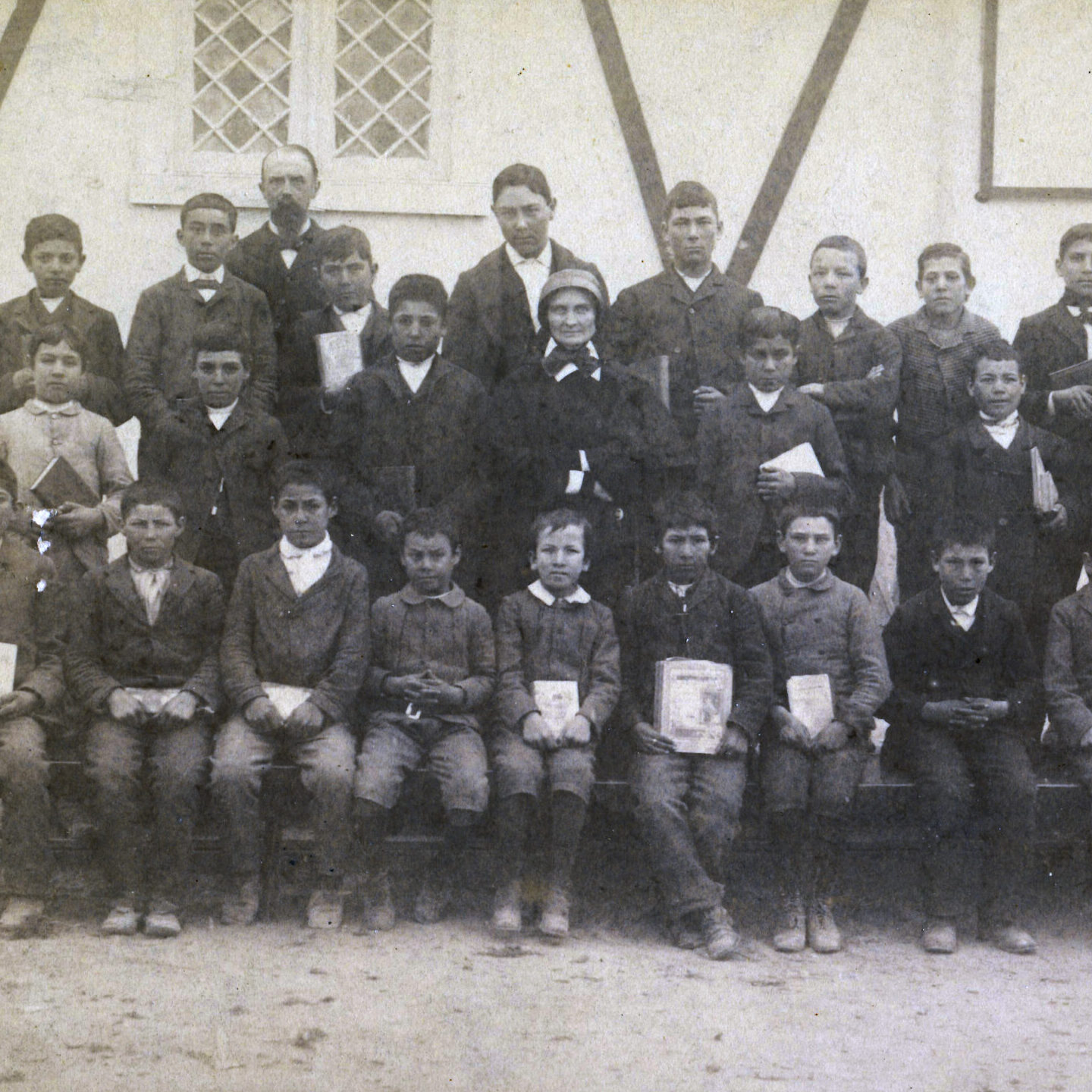 The Sisters of Charity joined the faculty, staff, and 170 students of San Felipe de Neri School in Old Town, Albuquerque, in celebrating the 140th anniversary of the school’s founding. A “timeless treasure” of the founding days in our Archives, is a sepia photograph of S. Pauline Leo with her class of young boys. Read More.