Who is Elizabeth Ann Seton?

Elizabeth Ann Bayley Seton began the Sisters of Charity, the first religious community of women founded in the United States. She was born into a prominent Episcopalian family in New York City, August 28, 1774. Her father, Dr. Richard Bayley, was a physician, professor of medicine, and one of the first health officers of New York City. Her mother, Catherine Charlton Bayley, daughter of a Protestant Episcopal minister, died when Elizabeth was only three years old. 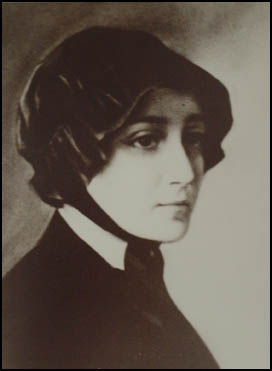 Elizabeth married William Magee Seton, scion of a wealthy New York mercantile family with international connections, January 25, 1794, at the home of her sister, Mary Bayley Post. Five children were born between 1795 and 1802, Anna Maria, William, Richard, Catherine, and Rebecca. As a young society matron, Elizabeth enjoyed a full life of loving service to her family, care for the indigent poor, and religious development in her Episcopal faith, nurtured by the preaching and guidance of Rev. John Henry Hobart, an assistant at Trinity Church.

As the eighteenth century drew to a close, a double tragedy visited Elizabeth. Political and economic turmoil took a severe toll on William Seton’s business and on his health. He became increasingly debilitated by the family affliction, tuberculosis. Hoping to arrest the disease, Elizabeth, William, and Anna Maria embarked on a voyage to Italy. On their arrival in Leghorn, they were placed in quarantine; soon after, December 27, 1803, William died. Waiting to return to their family, Elizabeth and Anna Maria spent several months with the Filicchi brothers of Leghorn (Livorno), business associates of her husband.

For the first time Elizabeth experienced Roman Catholic piety in her social equals. She was deeply impressed, especially by the doctrine of the real presence of Christ in the Eucharist. She returned to New York in June 1804, full of religious turmoil. After almost a year of searching, she made her profession of faith as a Roman Catholic in March 1805, a choice which triggered three years of financial struggle and social discrimination. At the invitation of several priests, she moved with her family to Baltimore in June 1808 to open a school for girls.

Catholic women from around the country came to join her work. Gradually, the dream of a religious congregation became a reality. The women soon moved to Emmitsburg, Maryland, where they formally began their religious life as Sisters of Charity of St. Joseph’s July 31, 1809. Elizabeth Seton was named first superior and served in that capacity for the next twelve years. 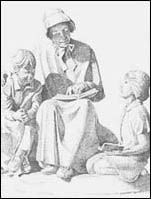 As the community took shape, Elizabeth directed its vision. A Rule was adapted from that of the French Daughters of Charity, a novitiate was conducted, and the first group, including Elizabeth, made religious vows July 19, 1813. In 1814 the community accepted its first mission outside Emmitsburg, an orphanage in Philadelphia. By 1817 sisters had been sent to staff a similar work in New York.

During her years in Emmitsburg, Elizabeth suffered the loss of two of her daughters to tuberculosis, Anna Maria in 1812 and Rebecca in 1816. By that time she herself was weak from the effects of the disease. She spent the last years of her life directing St. Joseph’s Academy and her growing community. She died January 4, 1821, not yet forty-seven years old.

1794- Married William Magee Seton, member of a wealthy mercantile family.
1795-1802 – Became the mother of five children, Anna Maria, William, Richard, Catherine, and Rebecca.
1797 – Was a founding member and active participant of the Society for the Relief of Widows with Small Children, the first benevolent organization founded and managed by women in the United States.
1798-1803 – Took care of seven of her husband’s young siblings upon the death of he father-in-law; family business declined into bankruptcy while her husband suffered from failing health.
1803 – Traveled with her husband and oldest daughter to Italy, where her husband died; during a five month stay there she was introduced to Catholicism through her hosts, the Filicchi family.
1805 – Made her profession of faith as a Catholic; suffered rejection and poverty due to her widowhood and her conversion to Catholicism.
1808 – Moved with her family to Baltimore where she started a school; began to gather a group of women who became the core of her religious congregation.
1809 – Moved to Emmitsburg, Maryland where she and her companions started the American Sisters of Charity; Elizabeth was chosen as Mother.
1812-1813 – Approval of a Rule by Archbishop John Carroll led to the opening of a novitiate; first group of Sisters completed their preparation and made their vows as Sisters of Charity; St. Joseph’s Academy opened as well as a free school and orphan asylum.
1814 – Missioned three Sisters of Charity to operate an orphan asylum in Philadelphia; sent Sisters to New York in 1817 for similar work.
1821 – Died at St. Joseph’s in Emmitsburg at the age of 46.