A listing of publications that are available through the Archives are depicted below. These materials can be purchased through our Community-sponsored Amazon and Ebay stores or by using this order form. 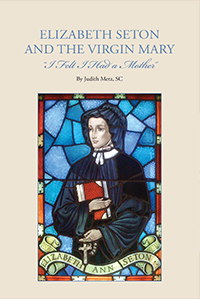 Elizabeth Seton and the Virgin Mary: “I Felt I Had a Mother”

Sister of Charity Judith Metz explores Elizabeth Seton’s dawning relationship with Mary, the mother of Jesus. Metz’s work examines how Mary became a comfort to Elizabeth, who early in life was deprived of the love of her own mother; and a model for Elizabeth in her role as mother to her children and as founding mother of the Sisters of Charity. Price: $5.00; $1.50 for shipping/handling. To purchase the book, contact Sister Judith Metz at judith.metz@srcharitycinti.org or 513-347-4058. 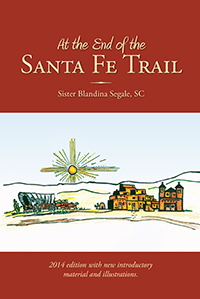 This book contains first-hand accounts of the experiences of Sisters of Charity of Cincinnati who served as Civil War nurses. Within a month of the declaration of war, these women were called to provide nursing service for Union recruits assembling at Camp Dennison near Cincinnati. Through the course of the war Sisters served on both the eastern front in Ohio, Maryland and Virginia, and on the western front in Kentucky, Tennessee, Mississippi and Georgia. They nursed in army encampments, on battlefields, in tent hospitals and warehouses, as well as in their own hospital in Cincinnati where battlefield casualties were transported. Most notable among them is Sister Anthony O’Connell, known as the Angel of the Battlefield, who served most notably after the Battle of Shiloh. Buy the Book on EBay or Amazon. 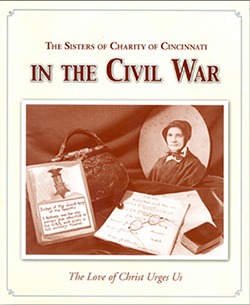 In The Civil War

“The Sisters of Charity of Cincinnati in the Civil War: The Love of Christ Urges Us,” a small book about the Sisters’ work in the Civil War, is available to purchase. This 52-page publication, which includes transcriptions of first-person journals, has been created to commemorate the 150th anniversary of the opening of the war. It chronicles the places SCs served on battlefields, in field and military hospitals, in army camps, and on floating hospitals throughout the duration of the four-year war. The book is available for $10 in the Gift Shop at the Sisters of Charity of Cincinnati Motherhouse. Click here to purchase. 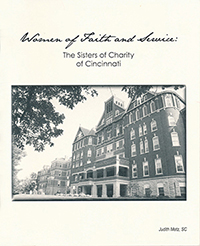 Women of Faith and Service: The Sisters of Charity of Cincinnati 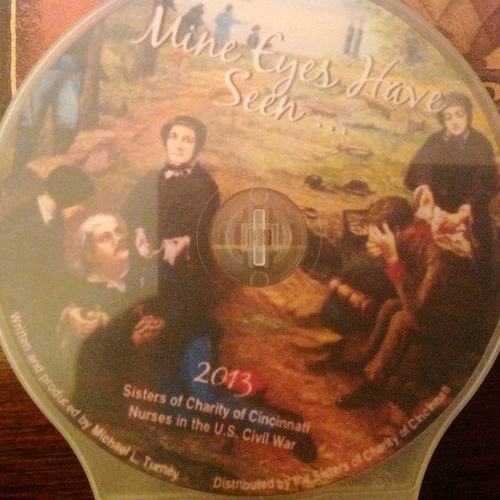 Mine Eyes Have Seen

Mine Eyes Have Seen is a 32-minute film documenting the Sisters’ service during the U.S. Civil War. Click here to purchase. 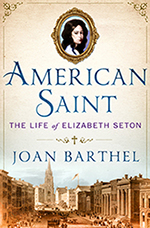 American Saint, the Life of Elizabeth Seton is a new biography, recently released (March 4) by Thomas Dunn books. The critically acclaimed and bestselling author Joan Barthel tells the mesmerizing story of a woman whose life featured wealth and poverty, passion and sorrow, love and loss. Maya Angelou has contributed the foreword. Copies are available through the Archives for $20. 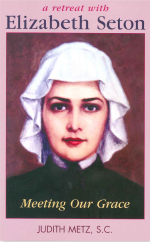 A Retreat with Elizabeth Seton: Meeting Our Grace

A Retreat with Elizabeth Seton: Meeting Our Grace, Judith Metz, S.C. (Sisters of Charity of Cincinnati, 2011). 97 pgs. This book provides reflections on seven aspects of St. Elizabeth Seton’s spirituality. Each reflection is accompanied by suggested prayers and points for further consideration. Price: $10.00. Click here to purchase. 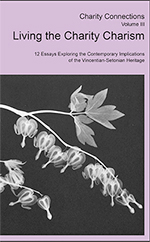 Living the Charity Charism: 12 Essays exploring the Contemporary Implications of the Vincentian-Setonian Heritage, Vol 3. (Sisters of Charity Federation, 2012). 47 pgs. These essays, written by members of the Charity Connections Group of the Sisters of Charity Federation, explore topics such as advocacy, holistic balance, charity, resurrection and wise women. Price: $3.75. 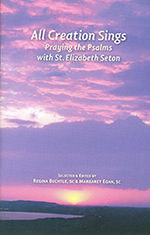 All Creation Sings: Praying the Psalms with St. Elizabeth Seton

All Creation Sings: Praying the Psalms with St. Elizabeth Seton, Regina Bechtle, SC and Margaret Egan, SC (Sisters of Charity of New York, 2009). 64 pgs. You are invited to experience the wonder of God’s creation, the power of God’s Word, and the wisdom of St. Elizabeth Seton. Let the images and words of this book lead you into a place of peacefulness and prayer. Price: $10.00.