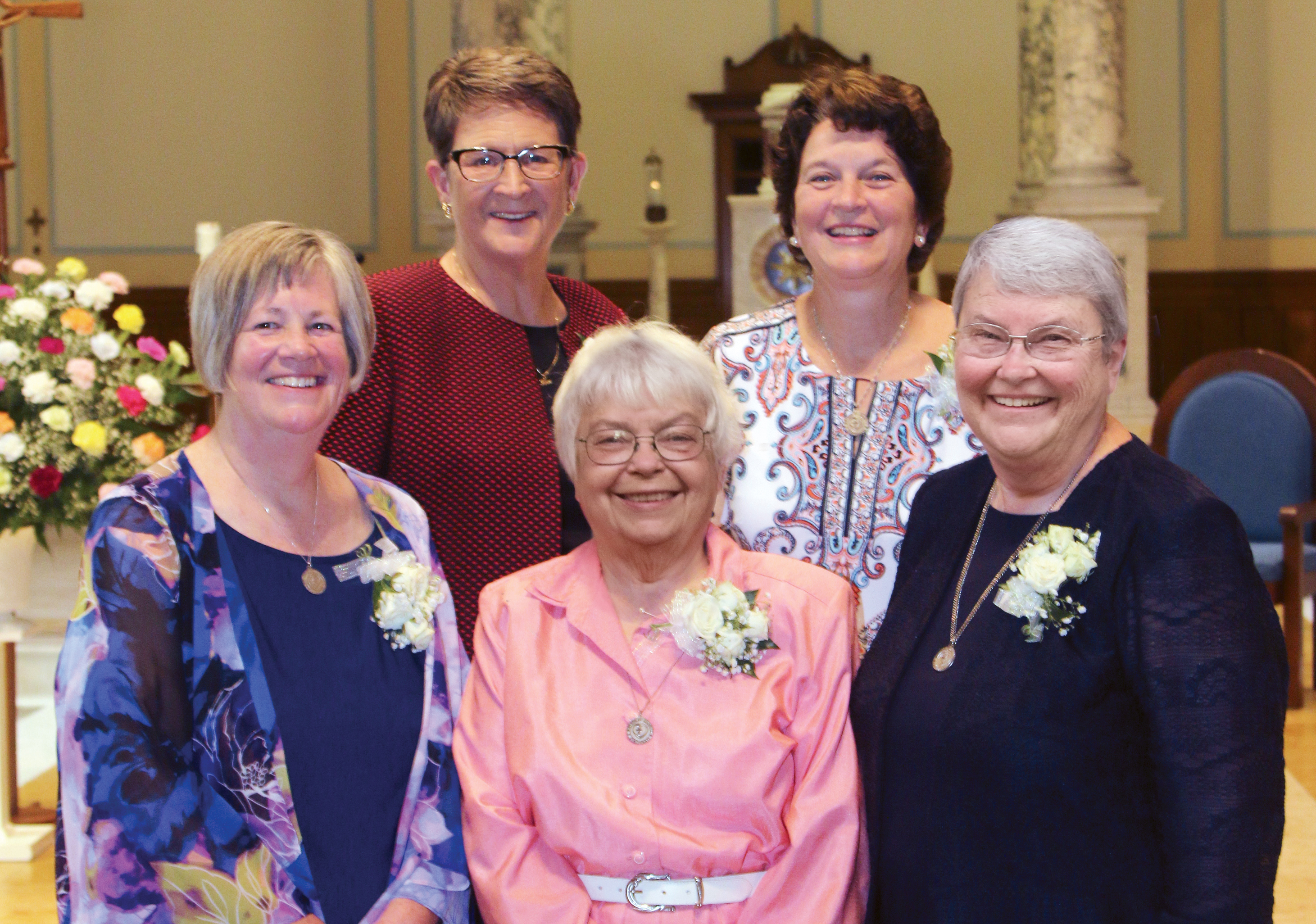 Government for the Sisters of Charity fosters fidelity to our covenant relationship with God and with one another in community. We call some of our members to a ministry of service to the Congregation and entrust them with major responsibility for its leadership.

In a climate of mutual trust we elect from among us Congregational leaders who exercise the authority of their office in a spirit of service and leadership. We call them to act on behalf of the Congregation and to integrate and direct the initiative of the members, individually and in small groups, to fulfill the General Chapter directives in the spirit of our mission statement.

Sister Patricia Hayden, SC
A native of Edmonton, Alberta, Canada, Sister Patricia Hayden was taught by the Sisters of Charity at Catholic Central High School in Springfield, Ohio. She has been a member of the Sisters of Charity of Cincinnati since 1964. Sister Pat holds a Bachelor of Arts in Education from the College of Mount St. Joseph (Cincinnati, Ohio), a Master of Arts in Theology, Christian Community Development from Regis College (Denver, Colorado), and is a Board Certified Chaplain with the National Association of Catholic Chaplains, doing clinical pastoral education at Presbyterian St. Luke’s Hospital in Denver. Early in her career Sister Pat ministered 11 years in elementary education in Cincinnati, Ohio, and then Denver, Colorado. As principal at Sacred Heart in Denver, Sister Pat created a new, innovative model of school administration. She then ministered as director of religious education and youth minister at St. Pius X in Aurora, Colorado, before she began her career in health care. In 1992, Sister Pat joined St. Anthony North Hospital in Westminster, Colorado, first as chaplain and then as the vice president of mission integration, a position she held until May 2019 when she was elected president of the Sisters of Charity of Cincinnati.

Sister Monica Gundler, SC
A native of Hamilton, Ohio, Sister Monica Gundler entered the Sisters of Charity of Cincinnati in 1986. She first met the Community as a student at St. Mary’s School in Greenville, Ohio. Sister Monica has a bachelor’s degree in sociology from the College of Mount St. Joseph (Cincinnati, Ohio) and her master’s degree in social work from the University of Denver (Colorado). She began her years in ministry as a program specialist and social worker for Reading Youth Services in Reading, Ohio. From 1988-’89, she served as an education specialist for Catholic Social Services in Cincinnati. Moving West, Sister Monica served as youth minister at Divine Redeemer in Colorado Springs, Colorado. She then became the coordinator of youth evangelization for the Colorado Springs Diocese for one year before ministering in campus ministry at St. Mary’s High School, also in Colorado Springs. Sister Monica served as counselor at Loretto High School in El Paso and as Director of Retreats for the University of Dayton Campus Ministry Department before returning to the College of Mount St. Joseph in 1998; this time on staff as director of campus ministry for the next nine years. More recently, she served in vocation ministry for the Congregation, living and ministering at the House of Charity in New Orleans, Louisiana. The House of Charity, an initiative of the Sisters of Charity Federation, is an intentional community committed to hospitality and living the Charity Charism by welcoming volunteers for prayer, community and service to the poor.

Sister Marguerite (Marge) Kloos, SC
A native of Chicago, Illinois, Sister Marge Kloos has been a member of the Sisters of Charity since 1986. Previous to being elected to the Leadership Council in 2015, Sister served in various ministries. She met the Sisters of Charity while teaching in a Native American school in New Mexico. As a Sister of Charity, she served as Director of Communications for the Congregation for six years before assuming various roles at Mount St. Joseph University (Cincinnati) where she was instrumental in the development of cultural immersion, social justice and pastoral care courses for students pursuing the professional field of ministry. As a member of the Council, Sister has been active with several national women’s religious organizations and projects including the Leadership Collaborative. She continues to support local women’s faith groups, parish study groups and interfaith dialogue by facilitating and participating in spirituality workshops, retreats, and engagement activities in the Greater Cincinnati area. She is active with Sisters of Earth, an international organization founded by Catholic Sisters to foster care and healing of Earth. Sister belongs to several local music groups and is a charter member of Sisters in Song, a national choir formed to raise funds for the National Sisters’ Retirement Fund. She currently serves on the boards of Creative Aging Cincinnati and St. Joseph Home. Sister Marge has a Bachelor of Science in Environmental Studies from Regis University (Denver, Colorado), a Master of Theology Studies from the University of Dayton (Ohio), and a Doctor of Ministry from the United Theological Seminary (Dayton, Ohio).

Sister Joanne Burrows, SC
Taught by the Sisters of Charity at Holy Redeemer School in Washington, D.C., Sister Joanne Burrows entered the Sisters of Charity of Cincinnati in 1976. Sister Joanne has a Ph.D. in higher education from The Ohio State University (Columbus, Ohio), a master’s degree in systematic theology from The Graduate Theological Union and Jesuit School of Theology (Berkeley, California), and a bachelor’s degree in graphic design from the University of Maryland (College Park). She ministered for nine years at the College of Mount St. Joseph (Cincinnati, Ohio) first in admissions, then marketing, and finally as assistant dean of students. Following additional ministries at universities in California and Indiana, Sister Joanne was named the vice president of Academic Affairs at St. Mary-of-the-Woods College in Terre Haute, Indiana. In 2006 Sister Joanne became the 15th president of Clarke University in Dubuque, Iowa. As president, she has been integral to setting strategic direction, maintaining the university’s fiscal stability, and shaping its Catholic identity.

Sister Teresa Dutcher, SC
A native of Leslie, Michigan, Sister Teresa Dutcher entered the Sisters of Charity of Cincinnati in 1971. Sister Teresa holds a bachelor’s degree in history from Michigan State University (East Lansing, Michigan) and a master’s degree in religious studies from Mundelein College (Chicago, Illinois). She has ministered in the Archdiocese of Cincinnati for her entire 48 years as a Sister of Charity. She taught at Marian High School, Cincinnati (1971-’73, 1979-’81), serving as the school’s administrator during its merger with Purcell High School in 1981. At Purcell-Marian she served as assistant principal of academics (1981-’85). For 39 years, Sister Teresa ministered at Seton High School (Cincinnati), her various responsibilities included history teacher, assistant principal and chairperson of the Religious Studies Department. In addition, during her summer breaks in 1995 and 1996, Sister Teresa traveled to Warsaw, Poland, to teach English to Polish women religious. Most recently she served on the 2019 Chapter Planning Committee for the Sisters of Charity of Cincinnati.